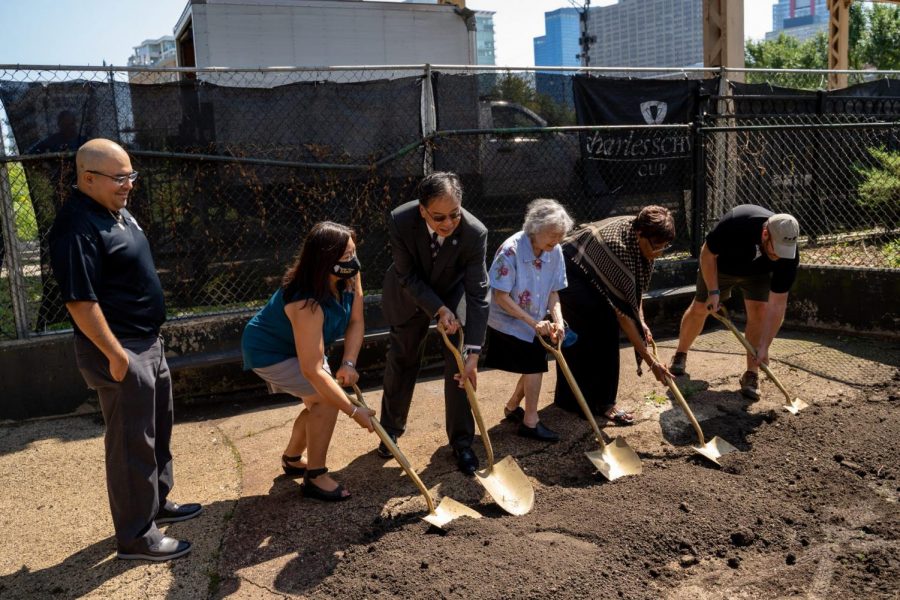 DePaul athletics are giving back to the community, joining the Chicago Park District in renovating the legendary Margaret Hie Ding Lin Park on Chicago’s South Side. The public park is located at 1735 S. State St. and it features a basketball court, which will be fully renovated to provide additional opportunities for basketball programming for the community, per the university.

The project was brought to the school’s agenda last year by Steve Stout, chief of staff to the president’s office. Peevy not only agreed with the idea, but emphasized a role for DePaul athletics to play in the project. He believed it was important for the athletics department to participate in the new community effort.

“Stout gave me a chance to ask how athletics can get involved with the project,” Peevy said. “I got a chance with Athletics to put a sports spin on [the project]. For us to be more directly involved from our standpoint, that was the opportunity for me right when I got here last year.”

Peevy brought the project’s attention to Stubblefield and Bruno. Both were on board with the school’s community efforts. Bruno stated that the Lin project made sense, and it was a win-win situation for the university.

“[Lin Park] is a safe place in the city of Chicago to play basketball,” Bruno said. “It was a win for the community because they needed the upgrades. It was a win for DePaul because it allowed us to be part of an iconic city program that both men and women basketball want to be a part of. It allows us to put on clinics as well. It all ties together.”

Per Peevy, DePaul’s athletics is currently ranked 14th in the country for community service hours. According to Bruno, it is part of the department’s job to be involved in the community.

“DePaul is all about service,” Bruno said. “We believe it is part of our job to be involved in the community. The Lin Park project gives us another avenue to be involved with community service.”

Junior center Nick Ongenda was one of the participants in the promotional video for the project. Originally from Toronto, he was unaware of what the park meant to the city. Once he learned about it, he was elated to hear how he can be part of a meaningful project.

“It meant a lot to me to be a part of this role in giving back to the community,” Ongenda said. “We do everything for the fans and whomever is watching is us. They are the people that make us who we are. We play for them so I feel like this part means a lot to the people and I would like to contribute where I can.”

Peevy wants to continue to add more community efforts for the athletics program and students as a whole. Lin Park is just the beginning, and he wants to be more intentional in taking a bigger role investing back into the community.