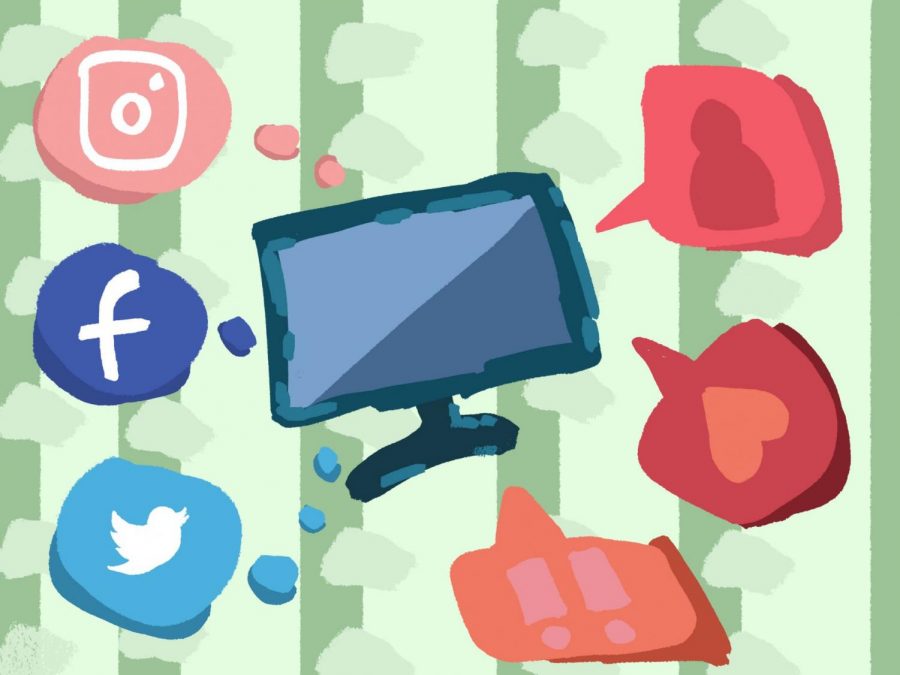 As we begin the 2021-22 school year, DePaul students are once again shuffling in and out of classrooms and reacclimating themselves to in-person classes. But even as we make this transition together, it would do all of us well to think more critically about the world we were living in over the last year of the pandemic – the world of digital media.

Digital media has become omnipresent in both our scholarly and private lives across the world, and it is high time that the modern university curriculum helps all students make sense of the digital path they have set out.

Here at DePaul, it is a requirement for all students to take at least one Liberal Studies Program (LSP) course on the use of computers in quantitative analysis through Microsoft and IBM tools, and for most students this is two classes. In addition to these important general education classes, it would be prudent for the university to add a digital media literacy course to the LSP program as a requirement for all students.

No matter what we all choose to study, we are all impacted by digital media messaging every single day. The consequences of not understanding the impact of digital media on our lives, as well as the structure and incentives in connected industries, could be disastrous for all of us.

DePaul University graduate Luke Kirkpatrick was required to take classes that examine this as a political science student. Taking courses such as “Mass Media and American Politics” and “Internet, Technology and Politics,” Kirkpatrick explained how what he learned could benefit the entire DePaul student body.

“The most important thing is that neither course was cynical in its approach,” Kirkpatrick said. “I notice people becoming anti-journalism when they have a problem with the way the news frames a story, but there is a much more nuanced perspective you can have if you understand the full scope.”

Kirkpatrick also shared how these classes force students to branch out of their media echo chambers, which become easier to fall into as media becomes a bigger part of our lives.

“The courses take you out of your bubble,” Kirkpatrick said. “You get to see how different forms of media deliver the same stories. They help you to understand how media companies frame information, set agendas, and prime viewers to take in certain information.”

Even before the pandemic, Americans were consuming incredible amounts of media in their daily lives. But with the onset of the Covid-19 pandemic, that time has only increased. Whether in an effort to keep up with national politics or the Kardashians, we all had little choice but to dive deeper into an already-saturated media environment in order to find some reprieve from the chaotic world around us.

According to the Bureau of Labor Statistics, Americans aged 15-24 spent the most time overall using a computer for leisure time when compared to their older counterparts at an average of 1.9 hours a day, up an average of 30 minutes from 2019.

Furthermore, Americans on the whole spent an average of 3.1 hours a day watching television, up an average of 19 minutes from 2019. Just those two figures combined equal a total of 5 hours spent consuming media, and they each only represent the center of their respective bell curves, indicating that there were many millions of Americans who spent even more time consuming various forms of digital media during the pandemic.

This is something that is important for all Americans to consider and be mindful of, but it is most important for young Americans. The generation that is studying on DePaul’s campus right now, and at universities across the country, is the first one that can consider themselves digital natives. The vast majority of them grew up interacting with computers and smartphones on a daily basis — not just as a tool for work as previous generations had — but as the bedrock of their social and private lives as well.

Jason Martin, chair of the DePaul University Journalism Program, explained that this makes media literacy courses more essential than ever.

“People have greater and constant access to digital media today that didn’t exist 20 or even 10 years ago,” Martin wrote in an email to The DePaulia. “They can learn about topics and share their opinion widely, which has upside. But it also comes with risk – the inability to determine reliable and accurate information sources and the potential to be exposed to misinformation and disinformation. Empowering people with the tools to make sense of the world around them is critical and a key part of any university’s mission.”

A survey from the Pew Research Center also found that over half of Gen Z consumers rated social media as their preferred way to get news. This begs the question as to how much the format of news consumed impacts the perceptions of the consumer, one of many concerns that could be addressed and discussed in a college-level media literacy course.

Although Gen Z knows the internet intuitively, having grown up surrounded by it, there seems to be little discourse on how it has drastically changed all of their lives, and on the incentives that online media organizations and social media websites have to take up their time and attention.

There is nothing inherently good or bad about all of this – that remains to be seen. But when one considers that a large majority of the digital media sphere is powered by targeted advertising and the mass sale of personal data (Global Industry Analysts Inc. estimates that the Big Data Market was worth $130.7 billion in 2020 and will be worth $234.6 billion by 2026), it is clear that those incentives should be paid attention to by the educated media consumer.

If we want DePaul students to be such consumers of media — responsible, educated, and aware — then it is imperative that the university commits to a curriculum that gives its students a sophisticated understanding of the media environment that they inhabit through an addition of a media literacy class to the Liberal Studies Program.