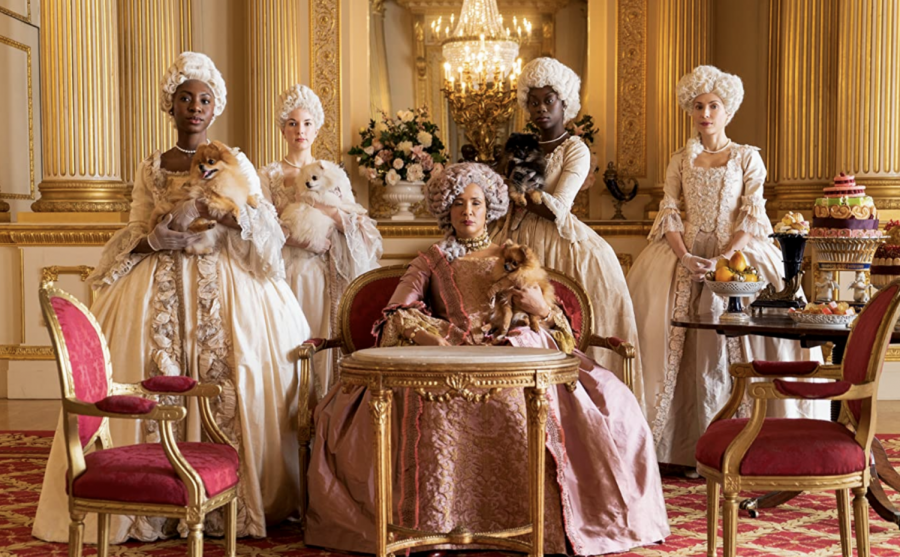 For some artists, the pandemic created an opportunity to focus on starting a new project that advanced their passions. This was true for two singer-songwriters, Abigail Barlow and Emily Bear, who have spent the past year creating “The Unofficial Bridgerton Musical” album, based on the Netflix hit-show that was released late last year.

The first scene of “Bridgerton” opens in 1813 London, introducing its viewers to the wealthy families expected to take place in the city’s courting events. With a string ensemble and an omniscient narrator, later revealed as “Lady Whistledown,” the scene sets the stage for a dramatic season. This opening scene resembles that of the opening of a musical, quickly establishing the show’s setting, plot, and most prominent families.

Abigail Barlow, a 19-year-old singer-songwriter, noticed the potential of “Bridgerton” when she binged the show after its release in December of 2020. Barlow wrote the beginning of two songs based on the show: “Oceans Away” and “I Burn For You.” She posted the clips on TikTok and, after receiving a high level of responses, reached out to her writing partner, Emily Bear. The two created what ended up being known as “The Unofficial Bridgerton Musical.”

The album begins with that opening scene, in a song entitled, “Tis the Season.” To those who have seen the show, it is easy to imagine each scene interwoven into the album with a medley of spoken dialogue and song, in true musical fashion. For those who haven’t seen it, the album paints a picture. A new viewer can get a taste for the story of the show without having every plot twist spoiled in their listening experience.

“Bridgerton” is based off of Julia Quinn’s novel series, with the first season adapted from her first book, “The Duke and Me.” After its release in December, the show quickly became Netflix’s most watched series since 2019’s “The Witcher” with more than 82 million households tuning into at least one partial episode in the first 28 days.

Some of the songs, that don’t necessarily drive the plot, give the listener insight into the character’s motives and feelings throughout the show. One song, “If I Were a Man,” is from the perspective of Eloise, one of the daughters in the prominent Bridgerton family. Eloise, who is hesitant to follow her duty as a Bridgerton daughter, tries to find her own path away from the expected path of marriage and family that every other woman in her family must follow.

Another song, “I Burn For You,” was one of the songs Barlow had initially posted on TikTok. The song drives the plot, representing a climactic scene in which the two main characters confess their love for each other. The song depicts the frustration, relief and longing expressed by the two characters in the original show.

A personal favorite, “Entertain You,” is from the perspective of the Queen. For the majority of the show, the Queen is represented as all powerful and largely emotionless. A driver of the plot, but without her own emotional arc. The scene this song illustrates, though, is the Queen’s most human moment. Most impressively, it depicts the dichotomy between her relationship with her public and her private relationship with her husband, the King, who is ill.

The album is a clear depiction of the drama and emotion depicted in “Bridgerton.” More notably, it’s indicative of the growing influence of the Internet and how it can help independent artists be seen.

Julia Quinn, the author of the series, even admitted to knowing the whole album.

“I know all about the album and that is just blowing my mind,” Quinn is quoted on the Barlow and Bear website. “I’ll be sort of humming in the shower and realize I’ve been humming one of the Bridgerton the Musical songs.”

In the chaos of the Internet, “Bridgerton the Unofficial Musical” is a perfect example of how content creators on social media can emerge when they develop a strong fan base, maybe more than ever before.

“Bridgerton the Unofficial Musical” was released on Sept. 10 and is available on all streaming platforms.