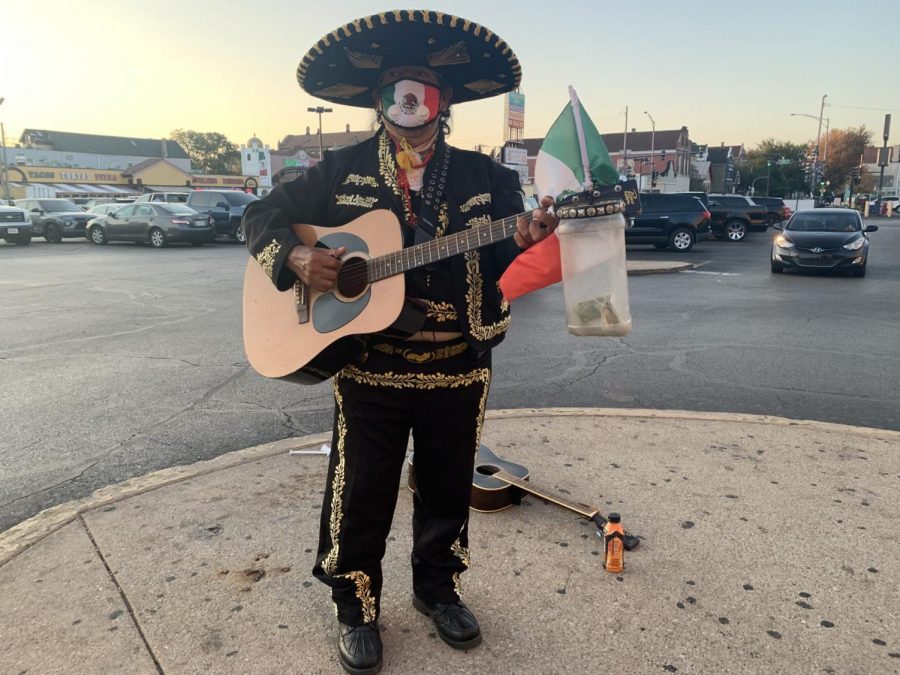 This was translated from Spanish, version en Espanol.

Green, red and white fill the streets of Chicago. Central American flags wave in the air. Chicago’s skyline serves as the backdrop as Latinos celebrate their independence day.

Latinos in Chicago kick off Hispanic Heritage month with independence day flag waving celebrations in downtown Chicago and in other latino communities.

Hispanic Heritage Month celebrates the history and culture of Latinos in the U.S from Sept. 15 to Oct.15.

An event that usually doesn’t get canceled is flag waving or “flagging” — an annual tradition for latinos in Chicago.

Cars are seen with Mexican, Guatemalan and Salvadoran flags along with other Latin American flags. In attendance are kids and adults from all ages singing, dancing and chanting.

Jorge Escobar, from Back of the Yards, went flag waving for the first time this year. It was unexpected and unplanned — but he said he’s glad to be a part of the celebrations.

“It looks so fun from the outside, being able to see how people can represent where they’re from,” Escobar said.

On Sept. 15, Guatemala celebrated its 200th anniversary of independence from Spanish rule along with other countries in Central America like El Salvador, Honduras, Nicaragua and Costa Rica. Mexico celebrates its independence day on Sept. 16.

“This year I saw other flags, it’s good to see the diverse Latino community that [defines] Chicago,” Escobar said.

“There was one truck parked with big speakers and people were vibing with the music, dancing and singing with other people from the community,” Escobar said.

Escobar says going flag waving was an experience that made him reflect on his identity.

”I’m proud to be Mexican and sometimes I feel like I don’t always embrace it like I should,” Escobar said. “My background is very Americanized, but being able to connect to my Mexican culture through this event I felt united with my community.”

Escobar says that this won’t be his last year flag waving.

“As someone who has different types of friends from other cultures, I would like them to experience flag waving celebrations with me,” he said.

Laura Lopez, from South Loop, decided to participate because she is Chicana.

“My parents were born and raised in Mexico and me being able to celebrate those traditions makes me feel closer to my heritage,” Lopez said.

Lopez is originally from northwestern Indiana, but has been living in Chicago for two years. She feels connected to her roots because of Chicago’s diverse Latino community.

“Northwest Indiana is very white,” Lopez said. “Growing up in the U.S., you don’t get the full experience as a Mexican because you’re not close to your family, food and the authenticity of Mexico.”

“My favorite part is watching people dance in the streets where cars are supposed to be passing,” Lopez said. “Nobody stops it, they just let it happen.”

Despite the cancellation of annual parades to celebrate Hispanic Heritage month, Latinos in Chicago know how to show appreciation to their home away from home.

“I’m really happy that Chicago Latinos involve themselves this deeply in their independence,” Lopez said. “We should keep doing it. I know nobody is going to stop us for future years but I really hope it never dies out.”

In honor of Hispanic Heritage Month, Latino leaders across Illinois launched a new coalition to boost political representation in the state.

“Latinos are everywhere and we are a force to be reckoned with,” U.S Rep. Jesus “Chuy” Garcia said. “Our diversity and our numbers is our power. And our power is our archway to ensure that our communities get what they deserve.”