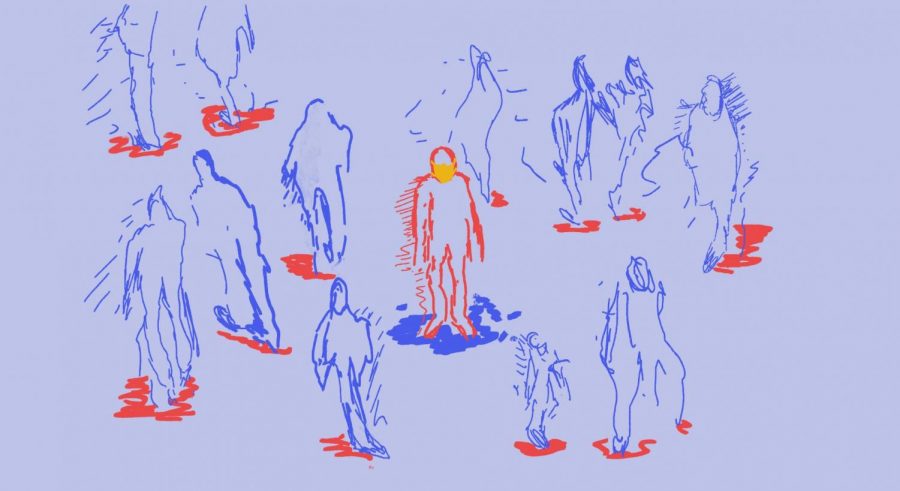 A clerical error among DePaul’s honors program staff highlighted a pattern of miscommunication between honors administration and students regarding a retreat for incoming students on Sept. 7.

Honors administration initially stated in early August that the in-person retreat was mandatory for incoming students and student mentor employees. According to honors program director Jennifer Conary, the program considered offering students a virtual alternative in mid-August due to Covid-19 concerns. However, the honors administration never explicitly provided this virtual option, and some student employees didn’t receive pieces of the honors program’s correspondence — leaving them in the dark about any possible virtual alternatives for the retreat.

“From experience, I know that the honors program is not the best when it comes to communicating,” an anonymous student employee told The DePaulia. “At times, it’s even hard to tell if they even value some of their students. They say they do, but then something like this happens. Sure, it was a mistake — but this mistake could have hurt a lot of people’s lives.”

Confusion started when honors staff contacted their student mentor employees on Aug. 1, stating that the retreat would require mandatory attendance for incoming students.

“When [Reichle] first initially sent out information with the first details of the retreat, I replied to it with my concerns, and I explained my family’s specific health circumstances right now,” the student employee told The DePaulia.

In an email obtained by The DePaulia, honors administration responded to the student the following day. The email outlined the Covid-19 precautions in place at the retreat.

“I think proof of vaccination (for faculty and staff, too!) plus masking is as safe as someone can possibly get for interacting with strangers,” Conary said in an email forwarded by Reichle. “The chances of transmission under those circumstances are minuscule. If [mentors are] really concerned, you could suggest that they purchase real N95 masks, which are now available to the general public.” 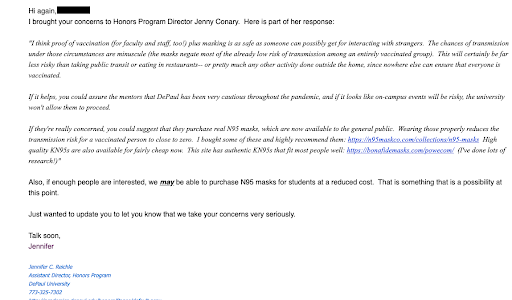 “I just assumed that nothing was gonna come out of [my concerns],” the student employee said. “I would just have to suck it up and go, which is what I ended up doing … In that email, they [said] that the best they could do was offer us masks … I didn’t see any masks being offered, regardless.”

The retreat was mandatory for mentors, and the student employee attended the retreat despite their qualms with the event’s safety. 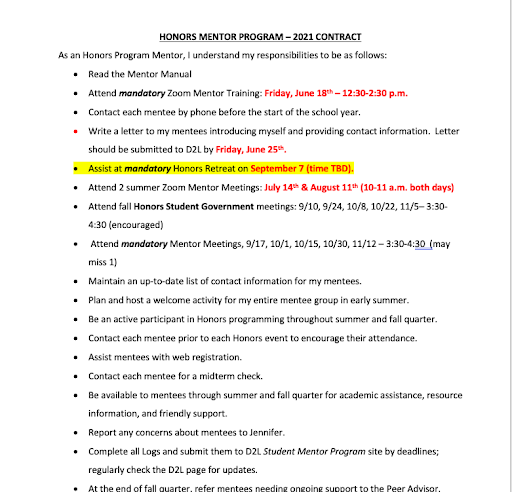 In mid-August, the honors staff reevaluated the state of the pandemic.

“Although we initially planned to make the retreat mandatory back in the early summer … we removed all language from our communications about mandatory attendance by mid August when the trajectory of the pandemic became uncertain,” Conary wrote in an email to The DePaulia.

Conary said the attendance requirement never changed for student employees, but mentioned that the retreat could have been held virtually.

“Student mentors would have needed to lead a virtual session given that the retreat is a requirement of their job, but that is why I asked [Reichle] to send out that email offering to discuss alternative options back in early August,” Conary wrote.

Incoming honors students were also confused by the administration’s communications and were under the impression that the retreat was still mandatory.

“It was my impression [that] it was required to attend,” freshman honors student Lauren Hunt told The DePaulia.

“Honestly, a majority of the retreat itself could have been an email besides the 45 minutes or so we analyzed some readings with a professor,” Hunt added. “The event was far too long with too little substance to make it worth the Covid risk.”

In an email obtained by The DePaulia, intended for all student mentor employees, Conary discussed potential virtual options for the retreat.

According to Conary, the retreat followed all of DePaul’s health and safety guidelines, requiring students to be fully vaccinated and masked indoors. There were never more than 34 people in a classroom at one time.

“If you know that this is beyond what you feel safe doing right now, please let me know right away so that we can discuss our options,” Conary said in the email.

Two days after the retreat, the student employee received an email from DePaul’s Covid-19 contact tracing team, stating that they had been in close contact with a positive Covid-19 case during the day of the retreat.

The student employee then contacted associate director and mentor advisor Nancy Grossman, expressing their frustration about the exposure.

“I am deeply hurt that my concerns went unanswered and now I am in a situation that directly risks the lives of my loved ones,” the student wrote to Grossman. “I wanted to reach out and reiterate my feelings about the Retreat. Although I was happy to see all my mentees in person, the dangers/consequences of the Retreat greatly outweigh any of the benefits we could have gained from it…”

Grossman responded by citing an email from Conary — an email the source had not received.

“As you recall, you and the other mentors received an email from Prof. Conary prior to Retreat to offer you the opportunity to opt out of the event,” Grossman told the student in an email obtained by The DePaulia. “No one took her up on this offer. And I was not contacted by you or anyone else weeks ago with concerns.”

“If I was [contacted by you], I would have taken those concerns seriously and allowed you to step back from your role in Retreat,” Grossman added.

Grossman also mentioned it was unfair for the student employee to be angry at her.

“I am also upset about [the Covid-19 exposure], and I don’t feel that I deserve the claims against me that you are making in this email,” she said. “But I also understand that you are upset and afraid.”

The email was intended for 36 student mentors. Twelve mentors, including the anonymous employee, did not receive the email before the retreat.

“Did you not receive this message that [Reichle] was supposed to send out to all mentors on August 10th?” Conary asked the student in an email obtained by The DePaulia. “I just went back to forward this to you as a reminder, but now that I look at the list of emails, it looks like you may never have been sent this.”

Conary confirmed that the 11 other student employees didn’t receive the email, either.

“Basically, there were two Excel sheets — One Excel sheet from all the honors mentors from last year … [and] there was another one for new mentors — people who just started this year,” the student employee told The DePaulia. “So all the returning mentors didn’t get that because it was on a separate Excel sheet.”

“I was very explicit with my concerns,” they added. “And when I brought them to Dr. Conary’s attention … she seemed very surprised [and] it seemed like she had been hearing all my concerns for the first time.”

Conary later confirmed to The DePaulia that she was under the impression all student mentors received this email on Aug. 10., until she spoke to the concerned student employee after the retreat. She also confirmed that the mistake was a clerical error by her assistant director, Reichle.

“I had been cc’d on the email, and the majority of student mentors received it,” Conary wrote in an email to The DePaulia. “The mentor advisor had failed to copy and paste the entire list of email addresses for the student mentors, so a small number did not receive the message.”

“Believing that all the mentors had received the message, I assumed that they were all comfortable with meeting with their mentees in person at the retreat when no one responded to my offer to discuss alternatives,” she wrote.

As a result of the error, the concerned student employee was unaware that a virtual participation was possible.

“I think a lot of my anxiety was stemming from the fact that I didn’t even know what to expect showing up,” the student employee said. “When I arrived [to the retreat], I didn’t even know who to talk to to get my materials [and] things felt kind of disorganized … I heard other honors mentors walking around being like, ‘what are we supposed to be doing right now?’”

“Thankfully, a lot of my mentees are really cool people,” they added. “They were being very considerate and being very safe and mindful of the space they were taking up, so I felt safe around them. But it’s so scary to know that one of them was positive [for Covid-19], and we didn’t know and they didn’t know … it was still very scary to have found out after the fact.”

When The DePaulia emailed the honors program inquiring for more information, Conary declined to meet for an in-person, Zoom or phone interview. Reichle and Grossman also referred to Conary’s responses. All of Conary’s statements to The DePaulia came via email correspondence.

“I hope this can be a learning experience for everyone involved, but I regret that it came at the expense of my own well-being and that of my family,” the student employee said in an email to Grossman on Sept. 9. “What I can say for certain is that this experience has taught me much about the Honors Program and how I am valued within it.”