The pandemic increases the availability of mail-in ballots for California voters, may become law 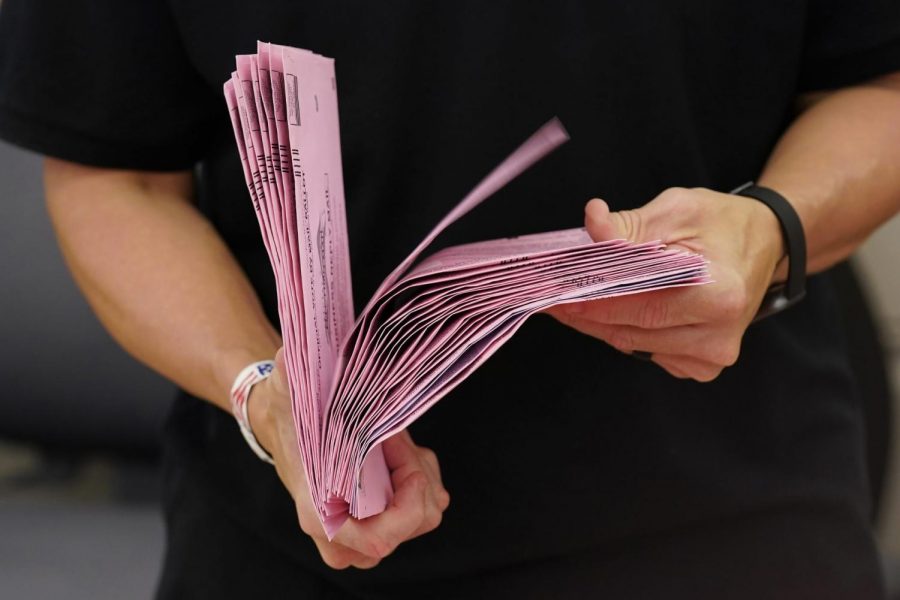 Election worker Mike Vanderpool inspect mail-in ballots to be sure they are signed, at the Sacramento County Registrar of Voters Office in Sacramento, Calif., Tuesday, Sept. 14, 2021. Tuesday is last day for California voters to cast their ballots in the recall election that could remove Gov. Gavin Newsom from the governor's office. (AP Photo/Rich Pedroncelli)

California expanded the option to vote-by-mail as a result of the pandemic. In California’s recall election, lawmakers ensured that ballots would be immediately sent to every registered voter. Californians who had not been active voters in recent years were not sent ballots and bar codes were used to prevent double voting.

“In general, it would decrease the number of voters who are unable to find a means of transportation to vote in person or feel uncomfortable doing so,” said Megan Beaulieu, a registered California voter and student at the Rensselaer Polytechnic Institute.

Beaulieu added that the one disadvantage to voting by mail, especially for voters who live out of state, is the level of trust one has to place in the postal system.

“The farther you are from your county’s ballot office, the more places there are for it to get lost or destroyed,” Beaulieu said. “And so that is a little bit more stressful than going to an actual voting station and knowing that your vote was counted as soon as you do it.”

According to a poll conducted in September, Californians cited the pandemic as a key issue facing the state. As the recall election progressed, Newsom emphasized his position on Covid-19 safety measures in contrast to the Republicans who opposed him.

Macey Caron, a DePaul freshman from California, said she was frustrated when she first heard about the recall effort.

“I was very frustrated when I first was hearing about it because our governor was doing the right things to prevent Covid spreading,” Caron said.

Last November, Newsom was seen at a birthday party at the French Laundry in Napa. As Newsom was known for his policies tightening Covid-19 restrictions in the state, this event damaged his credibility for many voters.

Though Caron said that attending the birthday party was a slip-up, she noted that she thought Newsom was doing the best he could.

“He has been doing the right thing to try and get Covid to stop spreading in California and it worked,” Caron said. “It’s less now, but it’s going up because of the people that aren’t getting vaccinated and all he’s doing is pushing for that.”

For Caron, the voting process was very easy. As a newly eligible voter, she said immediately getting the ballot and the information packets sent to her house made the process simple.

For many out-of-state residents, voting by mail is the only option. As a result of the pandemic, the option to vote by mail has emerged as the preferred option for many voters, regardless of where they live.

Democrats tend to be more likely to vote by mail than their Republican counterparts and also greatly outnumber Republicans in the state.

Wayne Steger, a political science professor at DePaul, says that the state is highly polarized, despite the greater number of Democrats.

In the 2018 midterm election, 65 percent of ballots cast were sent in by mail in California. In 2020, that number increased to 86 percent. A bill to permanently implement a system in which ballots are immediately sent to registered voters is pending approval by the governor. If the bill is signed, California would become the sixth state with this system along with Hawaii, Oregon, Washington, Colorado and Utah.