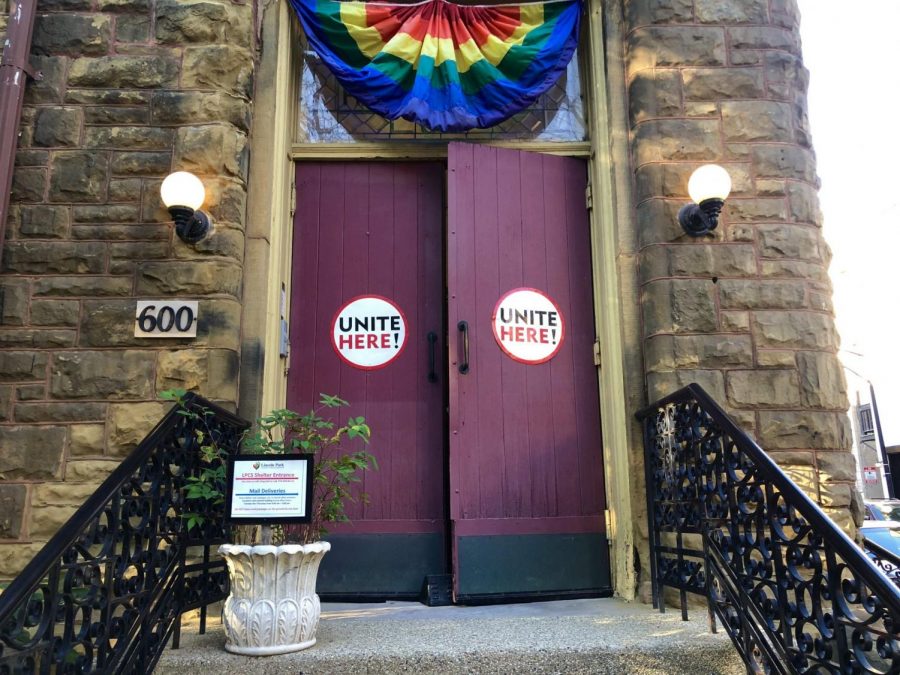 Isabel Avila started her job as a DePaul food service worker 18 years ago, when her two children were still in elementary school. As a single mother, she worked hard to support her kids as they grew up. Now — although she still works full time for DePaul — her kids have to support her, instead.

“I can’t pay bills or rent,” Avila said. “My son has to help me, because I don’t make enough… It is absolutely wrong.”

Underpaid and often overworked and left without acceptable healthcare, Avila and nearly one hundred other DePaul dining workers took to the ballot box on Thursday in a last-ditch effort to demand better labor conditions and end a two-year-long fight with their parent company to approve their last card: A strike.

Ninety-two percent of dining employees voted to authorize a strike against Chartwells, the university’s food service provider. A day earlier, employees at Northwestern also voted for a strike with a 95 percent ‘yes’ vote.

The strike will take effect in October if their contract is not renegotiated.

Food service workers at DePaul are subcontracted from Chartwells, a division of Compass Group, which is a global service company that operates in 50 countries and employs around 600,000 people worldwide.

According to DePaul Chartwells employees, they’ve been trying to negotiate a new contract with the Compass Group for around two years. Workers say that since their last contract expired, they have not received any raises and most are paid minimum wage and face inconsistent insurance plans.

On average, Chartwells workers only make $25,033 per year. The poverty line for a family of four is $25,750. According to MIT’s living wage calculator, the required annual income before taxes to live in Chicago is $33,438 for an adult living alone.

Unite Here Local 1 reported that, of survey respondents, 88 percent of Chartwells employees are people of color.

The minimum-wage pay Beltran receives has put him in financial insecurity over the years.

“Sometimes we work two jobs,” Beltran said. “I have five kids, and I’ve had to work two jobs over the years. This is a problem.”

DePaul President A. Gabriel Esteban said that, while he feels for the Chartwells employees, he doesn’t have a place in the labor dispute.

“I have a good deal of empathy for them, but it’s a relationship between Chartwells and the union,” he told The DePaulia. “You don’t insert yourself there… There are so many big companies: Chartwells, Aramark. It’s one or the other.”

Glynis Donaldson, 58, currently works at Brownstones Cafe. She has worked at Chartwells on DePaul’s Lincoln Park campus for 15 years.

Donaldson has five grandkids and would like to buy a house someday, but can’t save enough on the minimum wage pay.

According to a survey conducted this year by Unite Here Local 1, 49 percent of Chartwells employees lack enough money to pay their bills, 85 percent have less than $1,000 in savings, 48 percent owe $1,000 or more, not including a mortgage, and 49 percent receive government welfare program benefits.

Although many Chartwells workers have been with the food service company for more than a decade, many remain food insecure themselves. According to the same survey, 43 percent of DePaul Chartwells employees went to a food pantry this year.

“Now, it is getting worse than ever,” Avila, who also serves as shop steward for Unite Here Local 1, said. “They don’t want to pay more. This company is around the world. They make billions. And they don’t want to give us [anything].”

Greg Daniels, a dishwasher at the Lincoln Park Student Center, had simple words for the workers’ treatment: “Wrong, wrong, wrong.”

“I’ve been here for 20 years. How do you think I feel? I’ve been here since this building opened,” Daniels said, gesturing around the Student Center. “I feel like crying every day… I’m tired, I can’t play with my grandkids when I get home.”

Tiffany Perez works as a cashier and serves as a shop steward. She said she hopes that Chartwells will negotiate and the workers won’t need to strike, but feels the need to make Chartwells workers heard.

“Hopefully, we do not need to go on strike,” Perez said. “I hope we get recognition for the people who’ve been there, who’ve been dedicated. I’d like to recognize the hard work and dedication.”

“People are hurting desperately,” Perez said. “The cost of living just goes up.”

Many other Chartwells employees’ financial woes were made worse by the pandemic, when employees were laid off and left hanging without guaranteed pay.

However, despite the low pay and resulting financial insecurity, Perez still loves her job.

“I love being part of the community and the students,” Perez said. “It truly feels like home. The only thing we’re asking is to live better.”

DePaul students will be voicing their support for Chartwells employees at a community meeting hosted by the DePaul Community Accountability Alliance and Unite Here Local 1 on Wednesday, Sept. 29 over Zoom.