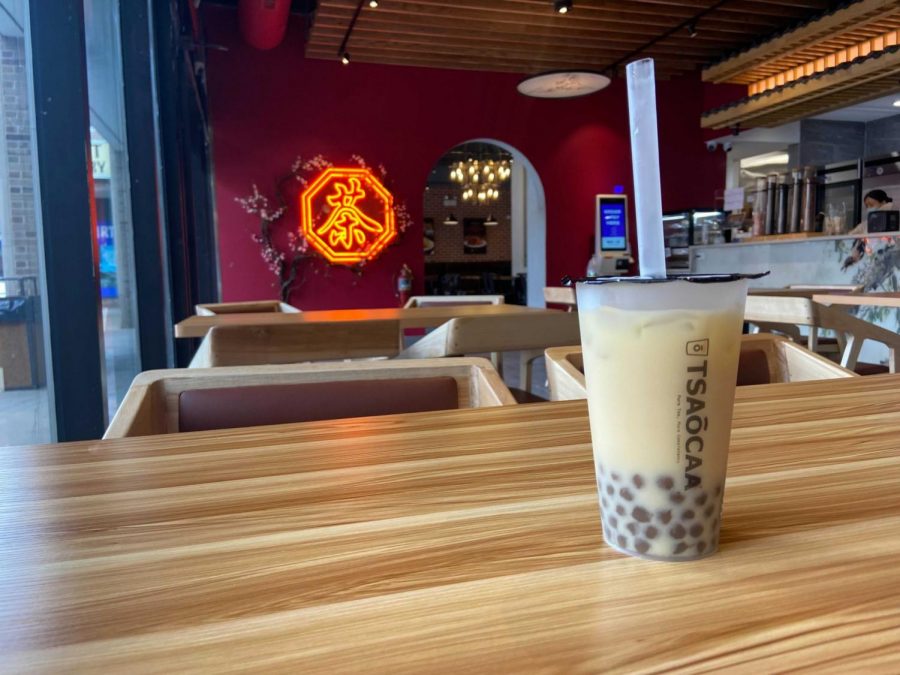 Boba tea from the restaurant.

Bubble tea, pearl milk tea or boba — whatever you wish to call it, just be delighted that the concoction of flavors had made its way to campus.

TSAoCAA, pronounced “tao-tah” joins the handful of shops specializing in freshly brewed tea as it debuted on Sept. 10 located at 1337 W Fullerton Avenue.

Prior to entering the well-lit café, passersby can already get a glimpse of the booming fruits and 12 different tea bases displayed on the countertop through the wide mirror windows.

Owner Jack Shi is in-charge of hunting down every store and every market in the city for the best ingredients.

“When I graduated in 2010, most tea shops only used powder instead of loose leaves,” Shi said. “It’s not very healthy.”

Shi and his wife, Jenny Zheng, decided to franchise TSAoCAA in Chicago, a Chinese chain currently widespread in Pennsylvania and Nevada, which is known for using natural ingredients.

Aside from using fresh tea, the couple also makes their amber tapioca in house and opts out of using syrup and frozen store-bought fruits.

“Key code is don’t buy too much,” Shi said during a phone interview as he parked on the curb and braced himself for another day of fruit-picking. “Just buy the freshest quality.”

Anne Saw, associate professor at DePaul’s department of psychology, was one of TSAoCAA’s first customers.

Saw visited the new business after her fellow Asian American academic “alerted” her of the opening upon seeing it on Instagram.

“My family and I went last weekend and wanted to extend some grace since it was their opening weekend,” Saw said. “I’m sure they are [still] working out the kinks.”

In addition to being a clinical-community psychology professor, Saw also teaches Explore Chicago’s Asian American Food, an experiential learning class designated for freshmen to help them integrate into the city. 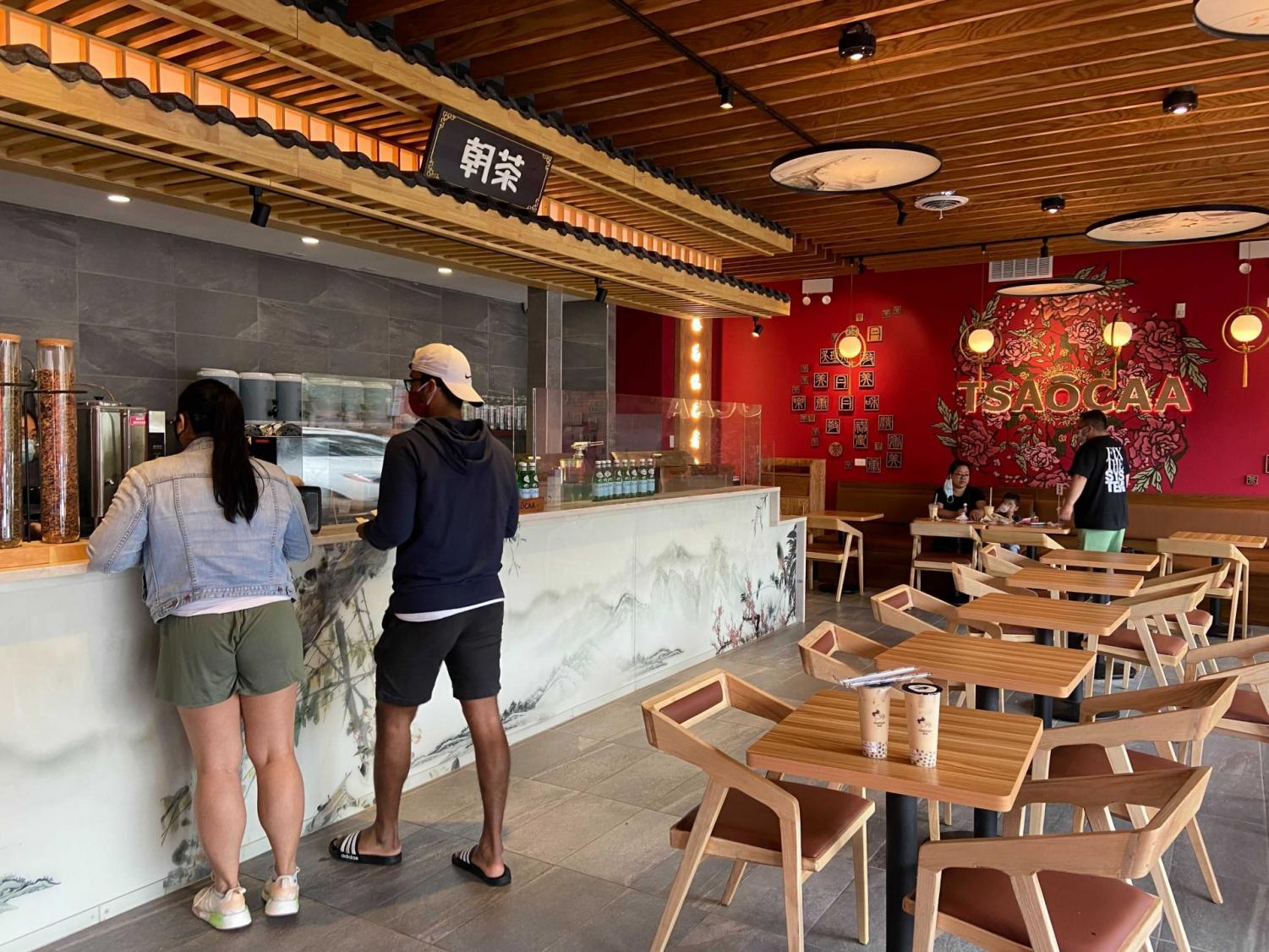 This past Friday, one of the class topics was how the boba generation came about and how, for many Asian Americans, there is more depth to boba than your usual 500ml plastic cup.

“In all communities, but one could argue, especially in communities whose histories and cultures are not widely taught or shared, food is often a way for those in [the] community to strengthen connections and develop knowledge of pride in their cultures and histories,” Saw said. “Boba is one of those foods that is uniquely Taiwanese, but has been embraced widely by Asian Americans and non-Asian Americans.”

Shortly after Shi and Zheng opened their first TSAoCAA branch in Chinatown in December 2018, they decided it was time to expand.

“Chinatown’s consumer base is mostly Asian Americans and we’re doing great there,” Shi said. “Now I want to get our name out of the Asian [American] population.”

Just like Saw, Sumana Syed, a sophomore at Columbia College Chicago, also heard about the new business on social media.

Being an “avid boba drinker [who has] tried so many different kinds of drinks and flavors,” Syed had to pay a visit.

Syed even convinced her sister to tag along on this boba adventure.

“It was very good and just the right amount of sweetness,” Syed said, who used to work at OneZo, a boba shop in Texas. “It also made me feel nostalgic for the drinks I have back home.”

Along with their specialty teas like what Syed tried, the newly-opened café also offers food options such as Korean fried chicken, takoyaki (ball-shaped Japanese snack made out of flour-based batter and octopus), bingsu (Korean shaved ice dessert) and many others.

The couple turned business partners don’t only emphasize freshness of tea and fruits, but also their chicken.

However, this comes with a more expensive price tag, which Shi acknowledges.

“Our fried chicken may be on the pricier side, but it’s worth it,” Shi said. “It’s crispy on the outside and tender on the inside because of the olive oil blend [that] makes all the difference.”

To make it more accessible, TSAoCAA in Lincoln Park offers a 10 percent discount for DePaul students and lunch menus for $10.95.

Lunch menus come with your flavor choice of boneless Korean fried chicken, french fries and soda. This is valid from Mondays to Fridays at 11 a.m. to 2 p.m.