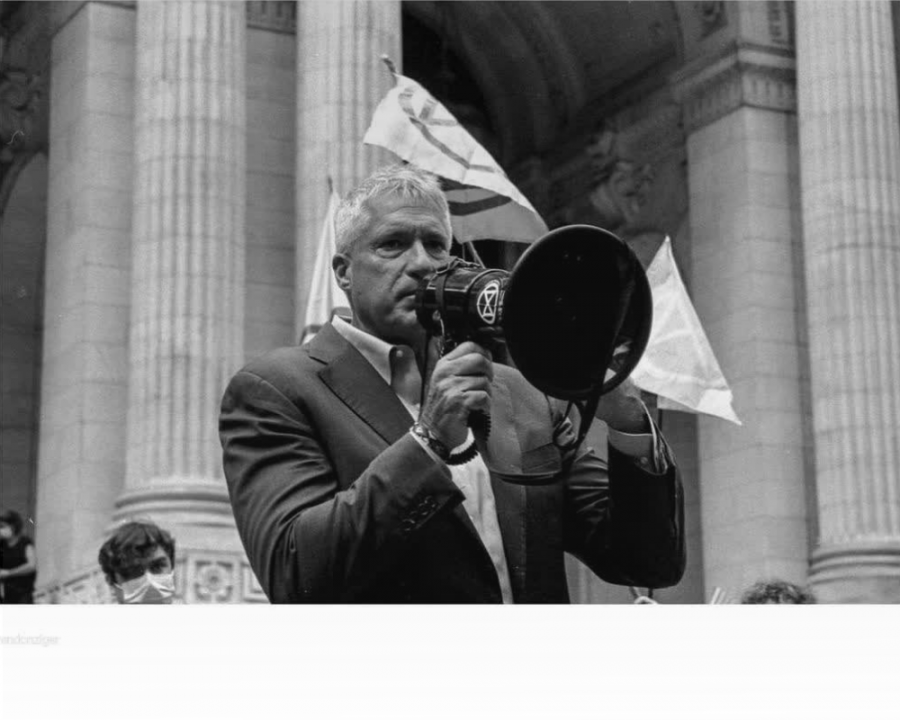 Donziger in New York speaking at a street rally.

Steven Donziger should be a household name. His experiences should prompt outrage from cable news personalities and call to question the role of corporate corruption in the American legal system. Instead, Donziger has remained on house arrest for over two years, and may soon be sent to prison in a story that has largely evaded the mainstream news landscape.

Donziger is a human rights lawyer who won a landmark case against the Chevron oil corporation in 2011 for environmental damages to Ecuadorian indigenous land. The region, now known as the “Amazon Chernobyl,” faced irreversible environmental destruction following a drilling operation from the 1970s. Its water was poisoned, and its inhabitants were left with extremely high rates of birth defects and cancer.

Chevron was ordered by the Ecuadorian court to pay $9.5 billion to both repair the region and pay damages to the indigenous people that had been poisoned. But after the trial, Chevron pulled its assets from Ecuador, left the country and launched a retaliation effort against the lawyer on the other side: Donziger.

“Chevron had participated in every stage of the judgement down in Ecuador,” said James North, an independent journalist who has covered Donziger for over 10 years. “When they saw they were losing, they got a new strategy which was to come back to the United States and attack Donziger and his allies in a federal court here.”

Donziger was tried for racketeering, with Chevron claiming that his case was built on fraud, and that he had bribed an Ecuadorian judge before the 2011 ruling. Chevron’s star witness corroborated these claims, but later admitted to lying on the stand to aid Chevron and save himself. Despite this, Judge Lewis Kaplan, a former corporate lawyer, accepted the now-debunked testimony and ordered Donziger to turn over his laptop and cell phone to Chevron. When Donziger refused, alleging the devices contained sensitive client information, Kaplan charged him with criminal contempt.

After the Southern District of New York U.S. Attorney’s Office declined to prosecute Donziger for the contempt charge, Kaplan appointed private law firm Seward & Kissel to do so. Ironically, Seward & Kissel have worked with Chevron on numerous occasions, as recently as 2018. Kaplan handpicked Judge Loretta Preska to preside over the case, who placed Donziger on house arrest and denied him bail.

“What’s really the most outrageous to me is Judge Preska, who is presiding over this case, without a jury … she claimed that he was a flight risk,” North said. “I’ve never heard anything so absurd in my life, really. The idea that he would somehow abandon his wife and teenage son and go to Ecuador is ridiculous.”

Preska holds a seat on the advisory board of the New York Federalist Society, a conservative judicial lobby of which Chevron is a major donor. The conflicts of interest from Preska and the private prosecution firm could explain the questionable conduct and extreme measures taken in Donziger’s criminal contempt case.

But despite the glaring bias, Donziger has remained locked in his home with an ankle monitor for two years and counting. He was sentenced to six months in prison on Oct.1 for the criminal contempt charges, despite serving almost 800 days in home confinement already.

Donziger’s treatment throughout this process is so shocking that the United Nations human rights body ruled that it violated international law, and requested that the United States government should release him “immediately” and pay him reparations.

The maximum sentence for criminal contempt — a misdemeanor — is six months. This makes Donziger’s ruling particularly heinous, considering he has already been under home confinement for over four times that long. Additionally, he is the first person under U.S. law charged with a class “B” misdemeanor to be placed on house arrest prior to trial.

The fact that Donziger remains under house arrest for over two years and was sentenced to a six month prison sentence, without ever facing a jury, is a testament to the power of corporations like Chevron and their ties to judges like Kaplan and Preska.

“Their bias has been evident throughout,” North said. “You can read it in the transcripts and you can see it in their actions.”

Even DePaul University law professor Gregory Mark, who told The DePaulia that he “is in no position to second-guess the findings” of these judges, admitted that Chevron was engaging in excessive practices to pursue Donziger.

“The actions that are being taken against him by Chevron seem to be, shall we say, a little bit over the top,” Mark said. “They reacted, obviously, very badly.”

However, Mark had more faith in these judicial decisions than many of the case’s critics.

Law students around the country have expressed different sentiments. In May, over 200 students and organizations from 55 leading U.S. law schools signed a letter to the U.S. Attorney General demanding the Department of Justice review Donziger’s prosecution. Students from at least 52 leading law schools are actively boycotting Seward & Kissel’s recruitment process for their role in the trial.

The silence from the federal government and mainstream media on Donziger’s mistreatment has been deafening. Donziger is expected to report to federal prison in the next three to four weeks, should his appeals fail in a higher court. If this is the case, it would be a remarkable stain on the honor of our justice system.

Worst of all, it further prohibits the indigenous Ecuadorians from receiving the $9.5 billion they are owed for the destruction of their environment and the poisoning of their families.