REVIEW: Trouble in paradise: What went wrong on BIP? 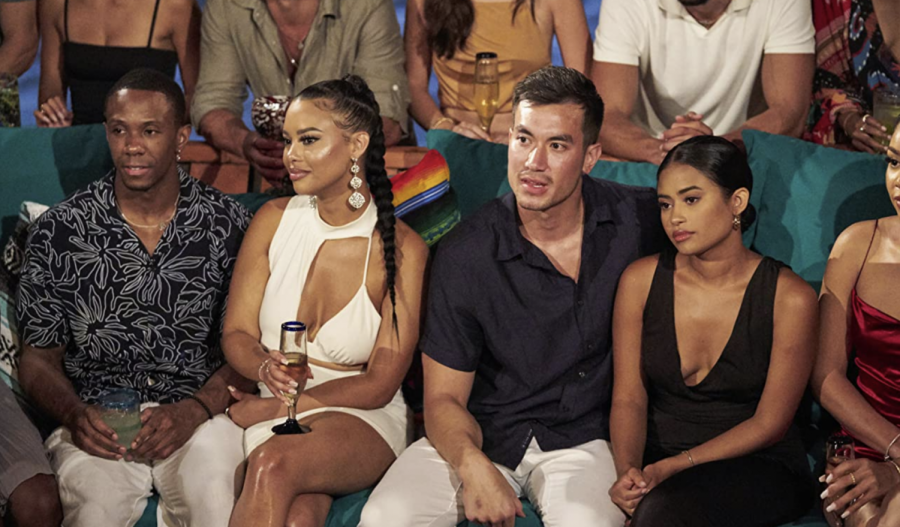 There are no rules to love, but there are rules to “Bachelor in Paradise.” I would know because it seems like every possible rule got broken during the recently-wrapped seventh season of the reality TV hit.The premise of “Paradise” is simple. Contestants from previous seasons of “The Bachelor” and “The Bachelorette” come together on a beach in Mexico to find love.

A couple of times a week, there is a rose ceremony where couples commit to pursuing each other by giving their partner a rose. At the end of the ceremony, the contestants without roses are sent home.Unlike “The Bachelor” and “The Bachelorette,” new contestants are brought in every week, causing existing couples to break up and new couples to form.

“Bachelor in Paradise” is my guilty-pleasure show. This time around, however, my viewing experience was a lot more guilty than usual. Instead of bringing out the fun and goofy drama the show is known for, the drama on this season was painful to watch.

While there were some bright moments, like the cheesy intro, two bros finding true friendship and Bachelor Nation’s first Black couple to get engaged, this season of “Bachelor in Paradise” was riddled with scenes that were too hard to watch.

People who signed up for a fun Mexico vacation and a chance to find love were manipulated, lied to and led on by their fellow contestants

All’s fair in love and war but certain things are off-limits in “Paradise.” Contestants must be open to finding new romantic connections, they must be respectful to the other contestants and they (weirdly enough) must stay in their hotel rooms after they are done filming for the day.

Every single one of these very basic rules was broken over the eight weeks of filming.

Several cast members came onto the beach in an already-established couple, stringing other contestants along week-to-week until their romantic partner arrived on the beach.

Contestants said cruel things about other contestants while attempting to cover up their mics to hide what they were saying from production.

One “Paradise” member even snuck out of their hotel room to hook up with another contestant that hadn’t even arrived on the beach yet.

Anyone familiar with “The Bachelor” franchise knows that everyone always talks about “trusting the process” because “it really works.” But how can contestants “trust the process” when they don’t follow the process themselves?

On one hand, the contestants were messy and broke the rules. On the other hand, it is very possible that they were egged on and manipulated by production into acting out of character. In all honesty, it was probably a mix of both.

Moments like a contestant just happening to see secret information on a producer’s phone or a contestant’s ex showing up before their proposal seemed too convenient to be non-produced.

Other moments including horrible break-ups, cheating and laughing at other contestants’ pain were all on the cast themselves. No one else was to blame.

While this season of “Bachelor in Paradise” was sloppy, I don’t think the show is a lost cause. It just needs to dial itself back.

It’s a given that people will continue to be dramatic on reality TV. The foundation of “Bachelor in Paradise” is in the casting. Producers need to recognize that drama will naturally occur; they shouldn’t overplay their hands by trying to force big moments to happen every day.

Cast fun people who are open to love, not people who have pre-established connections with other contestants. This season would have been so much better if there weren’t already committed couples who signed up for the show just to get a free vacation.

That said,producers could have prevented the trouble in “Paradise.” They just chose not to.