How DePaul students listen to their music 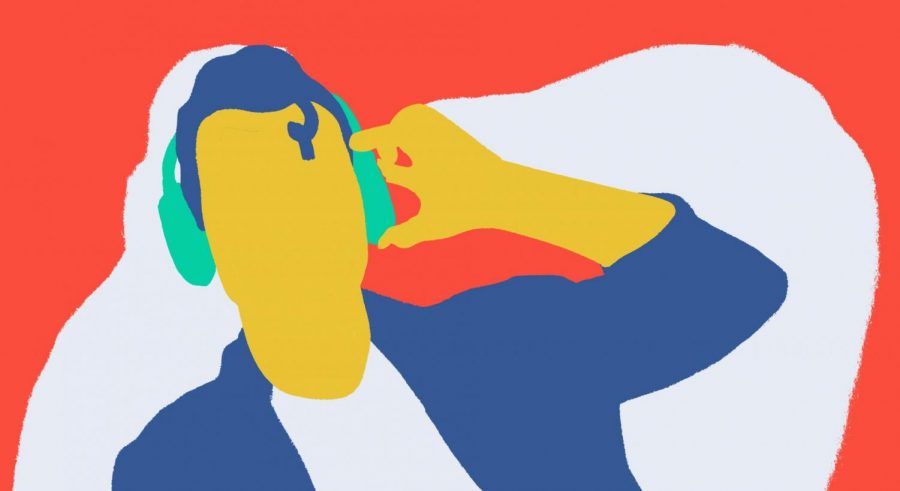 While on campus at DePaul, you can see many people walking around with headphones listening to music. Music seems to be a huge part of the college experience as students tend to be looking for the next best thing.

A common way that some students listen to music is by organizing songs into playlists. Some of these playlists are specified by the time of year, mood or just by language. People tend to curate playlists to help them get into certain moods, to help them study or serve as the background noise at their next party.

DePaul senior Nathalie Hoste said that she has multiple playlists. She has one for work, for sleep and even one for Halloween and another for Christmas. She tends to stick to a theme for the sake of organization.

Hoste explained that what she’s listening to at any given moment isn’t limited to one genre. Going through her saved songs, it ranges from punk rock to classical to country, but she tends to gravitate towards the oldies from the ‘60s, ‘70s and ‘80s.“I also have seasonal playlists that are based on songs that remind [me] of that season,” said Sadie Fisher, another senior at DePaul. “And others are just a collection of songs I like.”

Fisher tends to listen to songs based on how they make her feel along with the vibes they give her. She loves music that has nice lyrics with a nice story, but she also enjoys music with a nice melody. She does love a good upbeat song, but she also loves listening to music that calms her down.

Galen Deats, a senior at DePaul, tends to curate their playlists called “Discover 20XX,” for any given year. These playlists are a collection of songs they’ve discovered throughout a given year.

Deats said they gravitate towards metal and rock music. Part of that comes from the fact that Deats plays the guitar.

All three have their favorite song of the moment that they can listen to on repeat. “Bark at the Moon” by Ozzy Osbourne is Deats’ favorite right now due to its rock and metal style. For Fisher, it’s “Orpheus” by Sara Bareilles while it’s “Plot Line” by Emylyn for Hoste.

Music has a special place in people’s hearts. People tend to have attached memories to the songs they listen to, so those songs tend to remind them of a specific memory.

Students also discussed the musicians whose music doesn’t chart as highly on a regular basis. There’s always the discourse within music about musicians who aren’t as recognized as they should be.

“[Alec Benjamin is] becoming more popular,” said Hoste. “but his music just makes him seem relatable and it all has a good beat.”

Benjamin released his breakout hit “Let Me Down Slowly,” in 2018 and it was a collaboration with Alessia Cara. The song peaked at No. 79 on the Billboard Hot 100 Chart and it stayed on the charts for nine weeks.

Fisher believes that Sara Bareilles should be more known. Anytime she brings up Bareilles, people tend to hardly know her. Bareilles is known for her 2007 hit, “Love Song,” “King of Anything” in 2010,  and “Brave” in 2013.

Nick Johnston is a guitarist that Deats feels doesn’t get the proper recognition. Deats explains that Johnston has a very distinct style that isn’t widely spoken about. According to Guitar World, Johnston’s album, “Wide Eyes in the Dark,” featured a compositional version of the guitarist.

Music has been an integral part of the college experience for students. While students enjoy their music in specifically themed playlists, they also enjoy music that has a special connection to them.