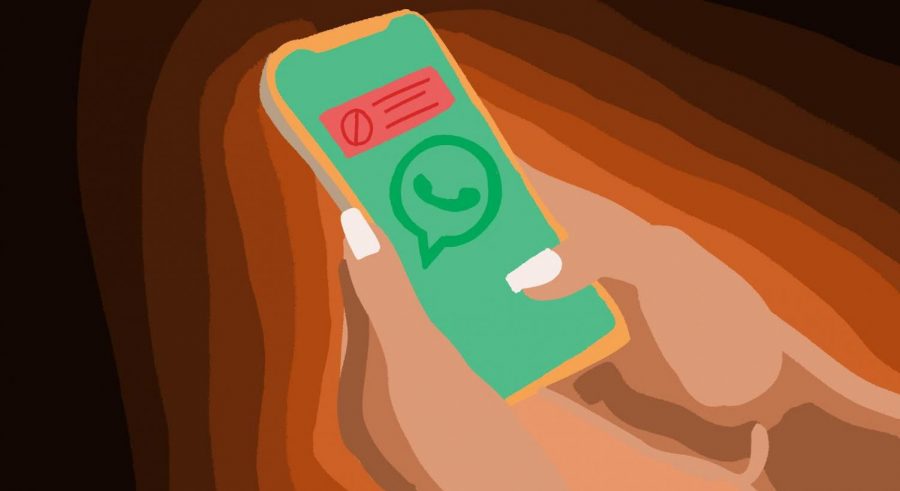 Nicole Ahn had just moved into her new apartment in Germany when she realized WhatsApp — an app she regularly uses to communicate with her friends and family abroad —  had stopped working.

At first, she thought it had something to do with her wifi. After spending some time resetting the modem and deleting and reinstalling the app, she googled what the issue was. Then Ahn realized WhatsApp had shut down worldwide.

DePaul alum Alexa Johnson relies on WhatsApp to communicate with their family abroad. When they found out the app wasn’t working, they grew concerned.

“I couldn’t talk to my dad for a whole day and I was worried because he has severe diabetes,” Johnson said.

DePaul alum Melyssa Guzman was traveling in Mexico with her family to take part in her hometown’s annual Octava Noche celebration. She noticed that WhatsApp and Instagram weren’t working, and later found out both had shut down.

“I was communicating with my friends [on WhatsApp],” Guzman said. “[Afterwards] I was only able to communicate via Snapchat.”

After a severe outage that lasted more than six hours on Monday, Oct. 4, WhatsApp and Instagram, which are both owned by Facebook, came back online. The shutdown may have cost the company up to $100 million in lost revenue.

Facebook’s vice president of engineering and infrastructure, Santosh Janardhan, wrote a blog post explaining why and how the outage happened, as well as the technological, physical and security obstacles the company experienced.

“To all the people and businesses around the world who depend on us, we are sorry for the inconvenience caused by today’s outage across our platforms,” Janardhan wrote. “We’ve been working as hard as we can to restore access, and our systems are now back up and running.”

Janardhan explained that the shutdown occurred due to disruption to network traffic.

The shutdown took place as Frances Haugen, a former Facebook employee, testified before a Senate panel regarding the company’s impact on teenage users’ mental health.

Haugen said the company chooses profit over safety and provided thousands of internal documents leading to a range of revelations including that Facebook knew Instagram was worsening body image issues among teenagers. Haugen also filed a whistle-blower complaint with the Securities and Exchange Commission, accusing Facebook of misleading investors with public statements that did not match its internal actions.

However, Janardhan noted there was no link between Haugen’s testimony and the shutdown.

“We want to make clear that there was no malicious activity behind this outage — its root cause was a faulty configuration change on our end,” he wrote.

While the shutdown lasted a few hours, the uncertainty of when WhatsApp would be up and running again sparked concern around the globe.

According to the Statista Research Department, as of 2021, WhatsApp is the most popular global mobile messenger app worldwide with approximately two billion monthly active users.

For many users, using alternative communication methods was challenging.

“As I had just arrived in Germany after living in Korea for a year, and I didn’t have my SIM card yet, I couldn’t call or text [my dad] on my mobile phone,” Ahn said. “I also attempted to re-route the conversation on Instagram, because that’s the only other platform I have contact with him, but it was also shut down. So I just gave up and went to sleep, hoping Facebook will fix the issue by the next morning.”

“He gets really worried when I don’t answer his calls or texts because he thinks I’d been kidnapped or something along those lines,” Ahn added. “Knowing that I’m an Asian woman in her 20s living alone in Germany, he worries that I might be a target of hate crime or sexual assault as well.”

Although the issue has been fixed, WhatsApp users like Ahn are worried about the app shutting down in the future.

“I hope that doesn’t happen again,” Ahn added. “It was frustrating, and if it ever does, I hope they fix it faster than they did this time.”