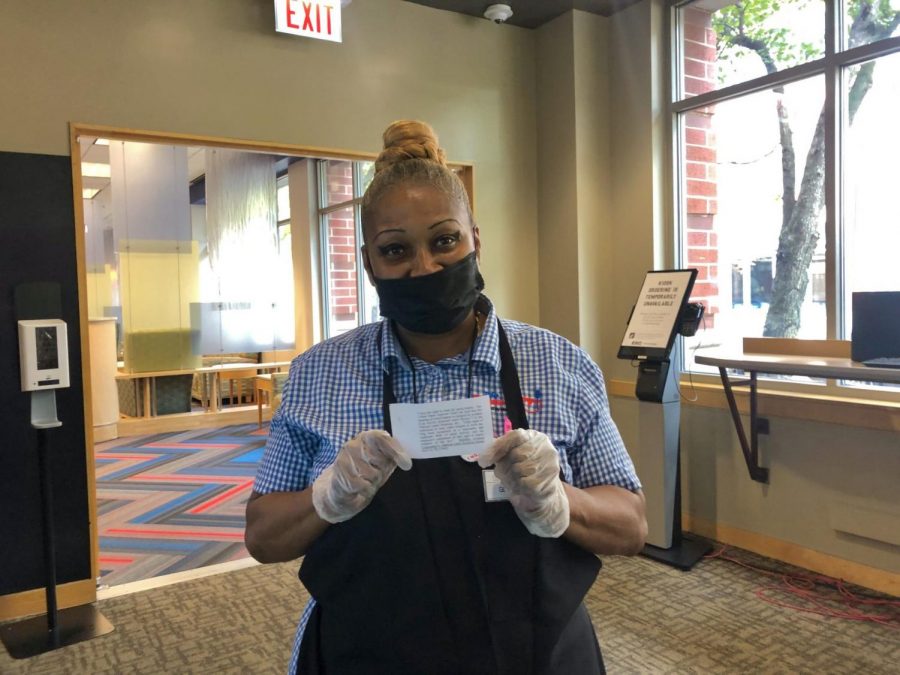 A two-year long effort to negotiate a new contract for DePaul dining workers has been drawn out even further. As Chartwells workers rally for campus unity, Compass Group, Chartwells’ parent company, strives to split the food service workers in two groups.

Chartwells and representatives of the workers’ union, Unite Here Local 1, took to the bargaining table on Wednesday, Oct. 6, when Compass Group lawyers proposed raises on a sliding scale for workers.

DePaul dining employees are trying to establish a $19.88 minimum hourly pay for all workers and consistent insurance coverage.

The Compass Group’s proposal fell short of this demand. Under the proposal, employees who receive higher pay already would not receive equal raises — a decision union shop steward Isabel Avila said may aim to divide the DePaul employees.

Avila, a Lincoln Park Chartwells employee, is one of the key negotiators between Chartwells and the union, which represents 101 subcontracted DePaul dining workers.

Unite Here Local 1 does not plan on accepting the Compass Group’s proposal when the two groups reconvene on Oct. 25.

As negotiations get pushed back further, the strike is becoming increasingly real to dining workers.

“They have to meet us,” Avila said, adding that she’d be willing to negotiate further with The Compass Group, but the current proposal is unacceptable. “If we have to [strike], we have to.”

Two weeks ago, 92 percent of DePaul Chartwells employees voted to authorize a strike if their demands are not met.

“We value our associates and want to give them fair and equitable raises,” said Compass Group representative Meredith Rosenberg, the vice president of communications and creative services in a statement to The DePaulia.

According to Avila, the Compass Group brought an all-new set of negotiators to the bargaining table on Wednesday.

Negotiations were rescheduled at the last minute for DePaul. These negotiations were an abbreviated version of normal negotiations, which normally last a full day. This time, they only had three hours to present and negotiate their proposed new contracts.

Compass Group and Unite Here Local 1 have been in negotiations since January 2020.

Based on the previous contract, Chartwells pays the entire healthcare and dental premium for single coverage for all full-time associates, according to Rosenberg. This coverage is managed by Unite Here Health (separate from Unite Here Local).

“We’re wearing our buttons,” said Glynis Donaldson, who has worked at DePaul dining for 15 years. “We’re ready to strike.”

Along with the pin, workers carried a card that lists their Section 7 rights under the National Labor Relations Act and their right to wear union buttons.

“We are still fighting,” Donaldson said.

Students across campus have been joining in on the fight, as well. DePaul Community Accountability Alliance (DPUCAA) hosted two events to support Chartwells workers at DePaul.

On Sept. 29, a “Support Chartwells Dining Workers” Zoom event educated students on the situation and a “Button Up” event on Oct. 7 buttons students could wear to show support for the workers were distributed.

“[Compass doesn’t] care and we can’t live on this money,” Avila said. “I have to ask myself: Do I pay my rent or do I buy food?”