OPINION: Why I’m scared to have kids in the United States 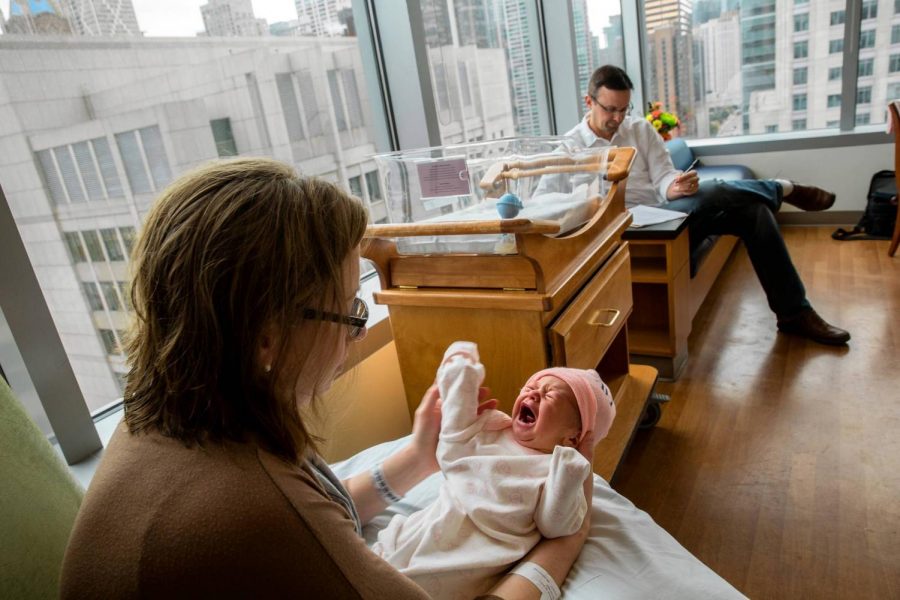 Katie Bambacht holds her 2-day-old daughter, Evie, in a room with her husband, Zachary, in Prentice Women's Hospital in Chicago. (Zbigniew Bzdak/Tribune Photo)

It is not my intention to sound ungrateful or unpatriotic. I’m fully aware of how fortunate I have been to be raised in the United States. It’s a diverse nation with a high standard of living, sprawling with educational and professional opportunities. My parents raised me to appreciate and seize those opportunities, and one day I hope to be in position to encourage a family of my own to do the same.

With that being said, there are a number of socioeconomic trends that make me hesitant to do so. Raising a family has always been expensive — that’s no secret. But coupled with a rising cost of living, stagnation of wages, a volatile job market, and a lack of sufficient social safety nets provided to citizens, having a family in the U.S. frightens me.

According to data on the topic, I’m not alone. U.S. birth rates fell to a 35-year low last year. A 2020 Morning Consult poll showed that 59 percent of childless millennials in the U.S. said they didn’t want kids due to the financial burden.

This is pretty unsurprising considering the consolidation of wealth in older generations of Americans. Despite making up the largest portion of the workforce, millennials own less than 5 percent of American wealth. Additionally, wages in the U.S. have remained virtually stagnant over the last 40 years, despite the cost of living increasing. This doesn’t bode well for family-building, and is one of the reasons why it scares me so much.

Essentially, there’s no guarantee as an American citizen that I, or my significant other, would get paid parental leave when having a child. That terrifies me, especially as somebody entering an industry with as volatile a job landscape as journalism, which is becoming increasingly reliant on part-time work.

Granted, President Joe Biden did propose a nationalized paid parental leave program in his American Families Plan, but it remains to be seen whether this will stay after the package is inevitably slashed in Congress. Considering nearly every other country in the world already has parental leave, it’s shocking that the U.S. hasn’t taken this basic step to make having a family just a little bit easier.

Speaking of policies on which America is behind the curve, let’s talk healthcare. Americans with insurance paid an average of $10,808 for childbirth in 2015. In Spain, that number is $1,950. Considering American health insurance is about as volatile as my prospective job market, that number could very well be higher.

I want to have children one day. I can’t imagine a more rewarding experience than raising a family. I’m only 21 years old. Perhaps many of these fears I have will dissipate with age. My little brother is planning on living in Austria after high school — they have universal healthcare and parental leave there. For now, I’ll leave the task of passing down the family name to him.