Letter to the Editor: Response to Religion Requirement 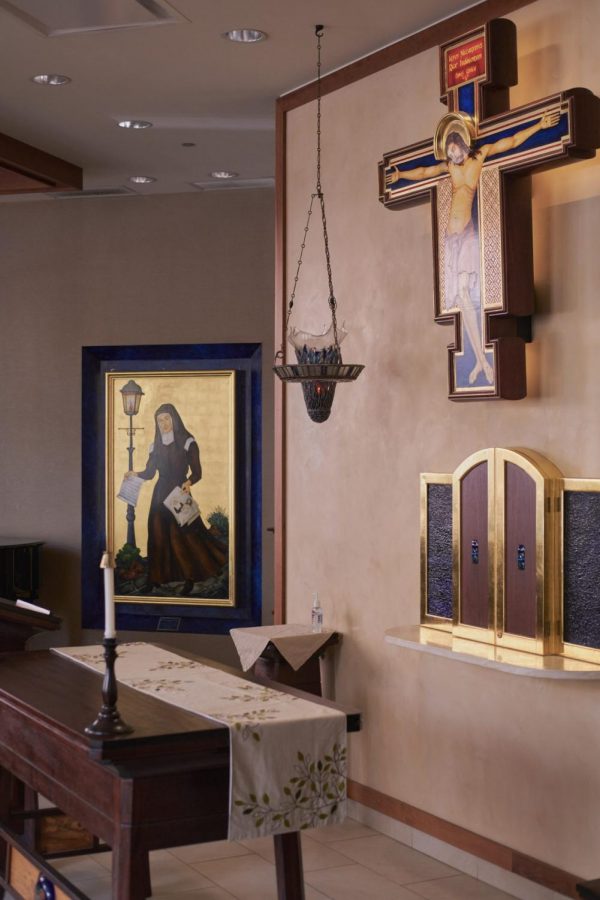 This Letter to the Editor is in response to DePaul requires religion yet lacks interfaith classes.

As representatives of Ecumenical and Interfaith organizations at DePaul, we were concerned with the recent opinion piece on the religious inquiry requirement published by The DePaulia and felt the need to respond.

It is important to establish a common foundation of understanding by defining the concept of interfaith as it pertains to education and community building at DePaul University. Interfaith at DePaul revolves around the Four Ways of Interfaith Dialogue. These include: (1) the dialogue of life — in which people of different faiths and spiritual traditions strive to live in an open and neighborly spirit, (2) the dialogue of action — in which people of faith collaborate with others in building a just society, (3) the dialogue of religious experience — in which people steeped in their spiritual traditions share their ways of searching for God (which includes prayer and worship) and (4) the dialogue of theological exchange — in which people have theological discussions and share about their faith. Just by being a student at DePaul University, one is already engaged in interfaith work and dialogue since they are in community with those of different faiths. By taking a class of a religious tradition that is not your own, you are already partaking in interfaith; philosophy and religion classes that engage in discourse about God and religion are inherently part of interfaith since they involve theological discussion and exchange.

Furthermore, the aim of religious inquiry classes is not to convert or impose a given belief system, it is to expose students to a broader spectrum of beliefs about the world, including beliefs that may not totally align with a student’s own belief system. Such exposure is vital to producing engaged global citizens capable of engaging in discourse across spectrums of belief, identity, and political ideology — a skill many adults today lack. There is absolutely an argument to be made regarding the options available to fulfill this requirement, and that conversation will be an important step to fulfilling DePaul’s new mission statement (spring 2021) that specifically calls all of us to, “compassionately uphold[s] the dignity of all members of its diverse, multi-faith and inclusive community.” Removing the  religious inquiry requirement would not only work against the school’s mission, but it would decrease inclusivity at DePaul and reinforce the echo chamber of belief systems that characterizes contemporary society.

In addressing the previous opinion piece, objecting to the lack of diversity in religion class offerings because there is not enough encouragement of religious tolerance while simultaneously asking that religious requirements be lifted because people shouldn’t have to learn about religion is a contradictory claim. We also agree that it is easy to learn broad strokes about religion, but as stated in the previous opinion piece, religion is incredibly individualistic. Interfaith is not really a course you can teach. The only way to truly understand different religious traditions, and be a part of interfaith, is to meet people of other faiths and learn from them. Likewise, tolerance cannot be taught, it’s learned through experience and interfaith dialogue. Interfaith work and education oftentimes involves challenging and uncomfortable moments and situations.

We welcome discussion on this issue, as long as it’s informed by factual information and an understanding of the resources and faith communities DePaul has to offer. There are several other interfaith opportunities on campus for those who want more involvement and exposure to religion and interfaith, such as events put on by the Interfaith Scholars, the Ecumenical Scholars and the Religious Diversity and Pastoral Care team. The Interfaith Scholars host a quarterly 4D event (formerly known as QIRC) where students of different religious traditions and backgrounds have an open-mic style event to share their art and work from their religious upbringing. Supplemental interfaith events and resources on-campus are available to those who are willing to seek it out and get involved. Both the Ecumenical and Interfaith Scholar teams are always available for conversation and to provide support to those who are seeking a community. It is our hope that DePaul will continue to foster Vincentian tradition and interfaith values.