‘King Richard’ highlights the importance of hard work and self-perseverance 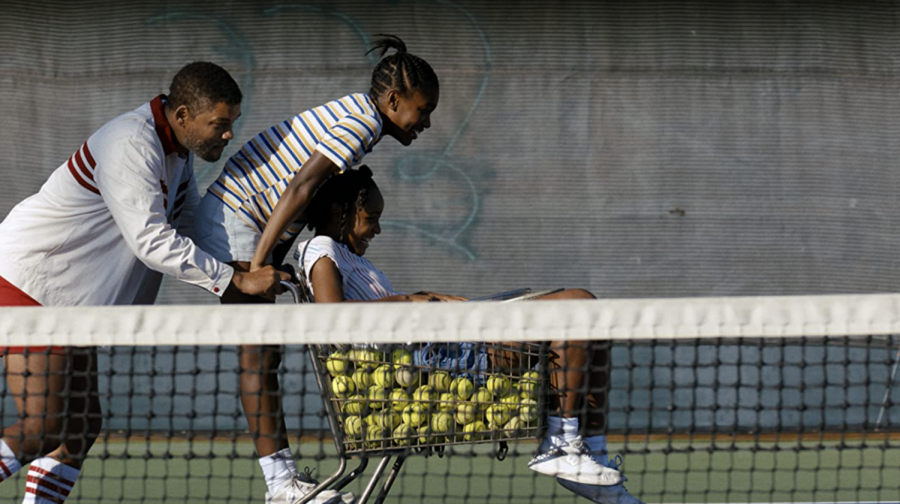 Will Smith in 'King Richard.'

The light-hearted nature of “King Richard” will keep audiences laughing and enjoying a joyous family dynamic.

The film begins with Will Smith’s exposition about the early life of Richard Williams, the father and coach of tennis icons Serena and Venus Williams. There are mentions of how Richard dealt with the Ku Klux Klan during his early years — the beatings that he suffered at the hands of the KKK are subtly referenced throughout the movie.

Whenever he would take his daughters to the tennis courts to practice with Serena and Venus, there were gangs hanging around. One of the gang members had tried to speak with one of his daughters, but Richard tried to shut it down. This resulted in an ongoing issue where they’d beat up Richard almost every time they saw him.

It also resulted in an iconic line uttered by Richard when he’s speaking with his five daughters on their way home: “The world ain’t never respected Rich. But it gon’ respect y’all.”

The film ultimately takes a light-hearted approach to the struggles of Richard and his wife at the time, Oracene, raising five daughters. The overall color scheme is quite bright, vibrant, and full of life. “King Richard” perfectly frames a dramedy concerning a hardworking family against the backdrop of a sun-kissed California.

Rather than fixate on the grittiness of the subject matter, the film focuses more on the nurturing aspects. The family of seven struggles in a two-bedroom, one-floor home in Compton, California. Will Smith and Aunjanue Ellis play parents who only want their daughters to be great. They do their best to give their kids everything they need in order to succeed, despite their lack of resources.

Of course, there were testing moments, but they didn’t take over the movie. One of the aspects that I enjoy about this movie is that it doesn’t fall victim to what I call the “Black American Tragedy” trope. This new genre of film and television tends to focus heavily on the traumatic injustices that Black Americans face in the United States. Subjects explored can include police brutality, political unrest and slavery.

Smith’s comedic timing throughout the movie balances out Richard’s approach, which many can describe as overbearing or arrogant. There were many instances where situations were quite serious, but they were framed in a comical way. Rather than make these serious moments overbearingly gritty and dark, these moments are literally basked in light. Rather than slow everything down to emphasize the seriousness of a moment, the film maintains a comfortably brisk pace throughout.

“King Richard” is a testimony to the hard work of a family without the world at their feet. Despite the setbacks and lack of accessibility, the Williams were able to stick to the infamous 38-page plan and flip the script in their favor. “King Richard” deserves all of the flowers coming its way due to its amazing way of telling a family’s origin story.