The evolution of podcasting may continue to its own demise 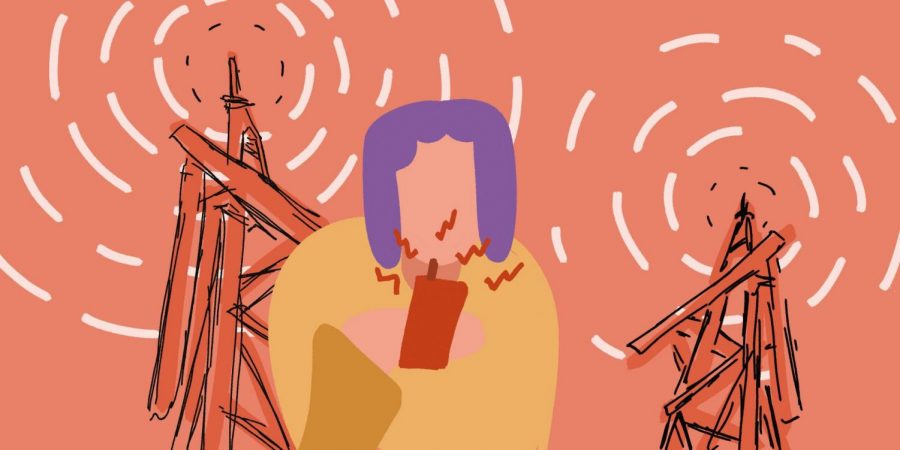 Despite its rising popularity, the podcast industry has its own complications and complexities. According to Forbes, 37 percent of Americans over the age of 12 listened to at least one podcast in 2020, a significant rise from 32 percent in 2019. In 2020, an estimated 100 million people listened to a podcast each month and it’s expected to rise to 125 million in 2022. Not only are more people consuming podcasts, but more people are making them.

Podcasting and its rise in popularity began in 2004, with The Guardian dubbing it the “audio revolution.” The article says that podcasting and amateur radio were set to take off because of the affordability of audio production software and the accessibility of MP3 devices.

Seventeen years later, podcasts have become a huge market and consumers are always looking for the next one to indulge in. Jordan Stalker, an adjunct professor at  DePaul University’s College of Communication, said the rise of popularity is due to the freedom of selection.

“The one that kind of sticks out to my mind is that perception of total choice and selection that traditional radio doesn’t allow for,”  Stalker said. “You can choose and mix and create your own station.”

Stalker explains that the medium’s rising popularity garners attention from larger legacy media companies. The most popular podcasts typically don’t come from people in their dorm room or their basement. It wouldn’t be just a group of people talking about a subject, either. There’s more production to it, as they’re produced with sponsorships and professional audio engineers.

“So, the content is the same, but the way that we can go about choosing it and finding it is different,” Stalker said. “I think that being able to find something in a different way — that’s different from previous generations — is a huge part of [the] appeal.”

The appeal of podcasts could be their accessibility. Landon Campbell, a DePaul graduate and host of his own podcast called “inTheir20s,” said it’s easier for people to host a podcast. Campbell also explains how information and networking are easily accessible compared to other industries, such as the film industry.

Podcasting has evolved from its humble beginnings in the 2000s, especially with enhanced software and equipment. Even though the industry has changed a lot, Campbell feels that it still has some growing to do. Campbell explains that it can be difficult for podcasters to create content, get sponsorships and build their audience. Podcasters need help in regard to these areas of the industry.

“I feel like we still have a long ways to go,” Campbell said. “The barrier of entry can be a little difficult sometimes.”

A common theme that people seem to point out is the oversaturation of the podcast industry. Campbell feels that people don’t understand the difficulty of making a podcast. As a result, people are just picking up and starting a podcast, making it that there are too many podcasts.

The New York Times describes it perfectly saying that people aren’t tired of listening to podcasts. Rather, people are tired of other people saying they’re “one iPhone recording from creating the next Serial,” which is a popular podcast covering a true story over the course of a season.

Podcasts can also be used in a journalistic way. Publications like The Atlantic or The New Yorker produce more engaged and in-depth work since they have the resources to do so. With regular news updates, audiences are only given what they need at the moment while podcasting gives the opportunity to go in-depth on certain issues. Stalker explains how both the journalism and podcast industries are interconnected.

“They’re connected on the level of who’s producing the content that gets listened to,” Stalker said. “Journalists can be a value to and create their own podcasts that…either follow the news update or…lead into other aspects of the publication.”

With over 500,000 podcasts in 2018, the number of podcasts has jumped to over two million, according to Podcast Insights. The podcast industry isn’t slowing down anytime soon, especially if they continue to be so accessible.