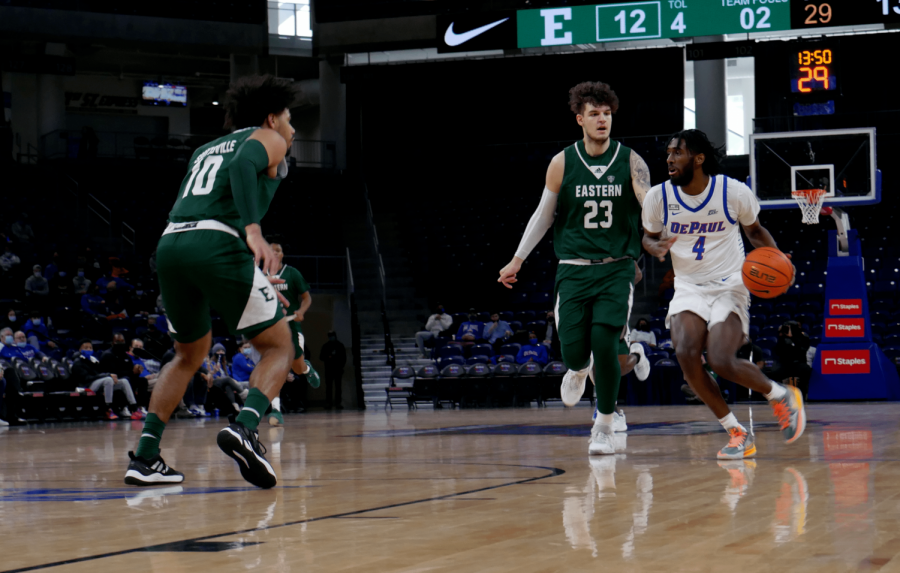 Well, the two programs are ready to revive the rivalry on Saturday when Loyola takes a quick trip to Wintrust Arena to face DePaul

Since their last meeting nine years ago, DePaul and Loyola have seen their programs go in two different directions. In 2012, the Ramblers were just in their second season under head coach Porter Moser, who managed to build the program back up from the ashes into one that is respected on a national level.

Moser took Loyola and its fans on a four-year magical run from 2017-2021 that culminated in two NCAA Tournament berths, a run to the Final Four in 2018 and a Sweet 16 appearance last year.

Moser took the Oklahoma job at the end of last season, allowing for assistant coach Drew Valentine to step into the lead role.

DePaul, on the other hand, has not had nearly the same success since its last meeting with Loyola. The Blue Demons are now on their third head coach, Tony Stubblefield, after Oliver Purnell left following the 2014-15 season and Dave Leitao being fired after six seasons last March.

But both programs aren’t focusing on the past. It’s the present that matters. DePaul enters Saturday’s game with a 6-0 record, albeit playing a soft schedule that ranks 342th in the nation according to KenPom.com.

Loyola comes into the game with a 6-2 record and its best win coming over Arizona State. The Ramblers’ two losses came to Michigan State and Auburn in the Bad Boy Mowers Battle 4 Atlantis.

“They [Loyola] don’t have a major weakness, they shoot the ball very well from three, they shoot it very well from two,” Stubblefield said. “Guys that have played as many games as they have together, they have a great feel for playing together and they do a great job of moving the basketball.”

Loyola is currently sixth in the nation in 3-point field goal percentage, sitting 42.3 percent on the season. DePaul is holding opponents to 35.5 percent shooting from the behind arc this season.

“The best we can do is try not to give them any open looks,” Stubblefield said. “We got to be very conscious of guarding the 3-point line and make all their 3-poont shots challenging and contested.”

A big storyline heading into Saturday’s game is the fact that DePaul’s Javon Freeman-Liberty and Loyola’s Lucas Williamson will be going up against each other after being teammates at Whitney Young in high school.

Both players are from Chicago and this will be their lone opportunity to face each other before graduating.

“As a Chicago guy, this is super exciting for me,” Williamson said. “It’s an unbelievable opportunity for us to continue to try to beat all the city teams.”

This game presents a unique opportunity for both teams to capture a good win for their resume and also stake their claim as the best men’s college basketball team in Chicago.

“It’s the team [Loyola] that has been Chicago’s team, they have been through tournaments, deservedly so,” Stubblefield said. “All the success they have had, you got to respect that.”

DePaul has been led by Freeman-Liberty this season. He is averaging 23.5 points and 9.2 rebounds per game. But for the Blue Demons to beat Loyola on Saturday, they will need other players to step up in the scoring category, as well.

Loyola’s head coach Drew Valentine emphasized the importance for his team to contain Freeman-Liberty, who is first in points and second in rebounds in the Big East this season. The Ramblers have experience playing Freeman-Liberty, who spent the first two years of his college career at Valparaiso.

“Javon Freeman-Liberty, he is going to be key to the game,” Valentine said. “He is their leading scorer, he is their engine, he is a 6-4, 6-5 point guard, and we know him really well. We got to do a great job on him.”