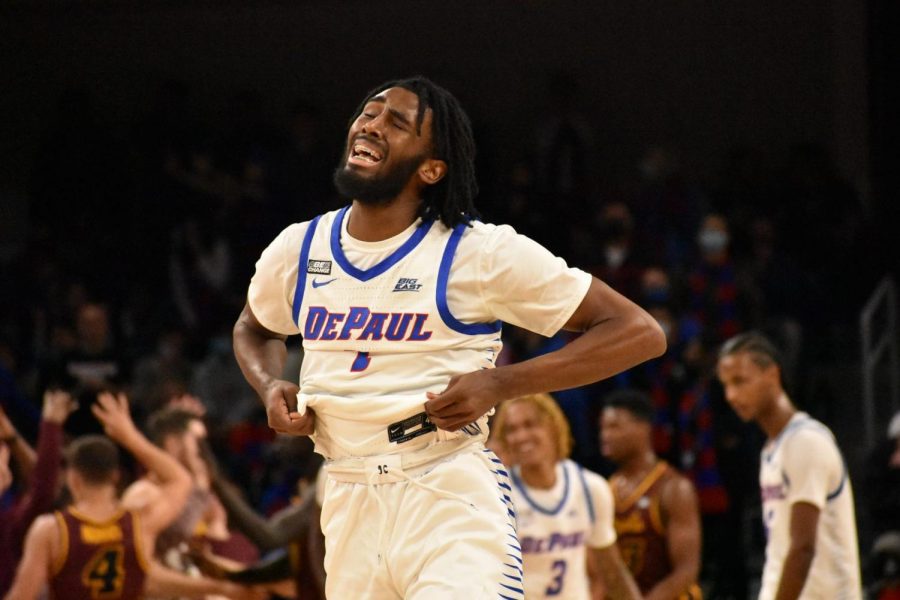 The test got tougher on Saturday. Much tougher. Instead of the opponent being Western Illinois or Northern Kentucky, it was Loyola Chicago this time around.

In a back-and-forth game that featured eight lead changes, the Ramblers prevailed with a 68-64 victory over the Blue Demons. It was the first time that the two programs met in men’s basketball in nine years.

“We knew it was going to be a physical game going into it,” Stubblefield said. “Again, Loyola’s got a very good team, good program. We just got to continue to get better.”

Unlike DePaul’s first six games, Loyola presented a much tougher challenge. The Ramblers played with more intensity and tenacity than any other opponent the Blue Demons have seen so far this season.

And DePaul felt that aggressiveness right away. Loyola wasted no time landing the first punch on Saturday. The Ramblers began the game scoring with 13 straight points. DePaul, on the other hand, started by missing its first six shots.

The Blue Demons struggled to adjust to the Ramblers’ physicality in the first 10 minutes of the game. It wasn’t until nearly four minutes elapsed that DePaul recorded its first points of the game.

Loyola managed to build a 23-8 lead in the first eight minutes of the game. Out of the Ramblers’ first 23 points, 16 came inside the paint.

But the Blue Demons began to settle into the game following the under-12 timeout. DePaul’s defense started to match the physicality that Loyola was playing with. The Blue Demons’ offense also started to play better, attacking the basket and clawing away at Loyola’s lead.

“We play a little differently when we go small, as far as how we play defensively,” Stubblefield said. “The guys did a good job playing [with] a little bit more energy, we got some defensive stops together.”

David Jones and Jalen Terry helped spark the Blue Demons in the first half. The duo combined for 23 points and five rebounds.

Javon Freeman-Liberty, who didn’t score in the first 17 minutes of the game, got going towards the end of the half. He poured in seven points in the final 2:28 to help spearhead a 20-5 DePaul run. After trailing by 15 early on in the half, the Blue Demons went into the break up 37-31.

Coming out of the break, DePaul played through its big man — Nick Ongenda. The junior scored the team’s first five points in the second half, but the Ramblers kept the game close.

Loyola went on a 9-0 run to take a 45-42 lead before Philmon Gebrewhit responded with a 3-point play to tie the game.

The Blue Demons pulled within two, 63-61, with 53 seconds to play in the game. But Loyola connected with a deep heave to restore its four-point lead. The Blue Demons couldn’t pull any closer, succumbing to their first loss of the season.

DePaul is back in action on Tuesday, hosting Duquesne in its final home non-conference game of the season.