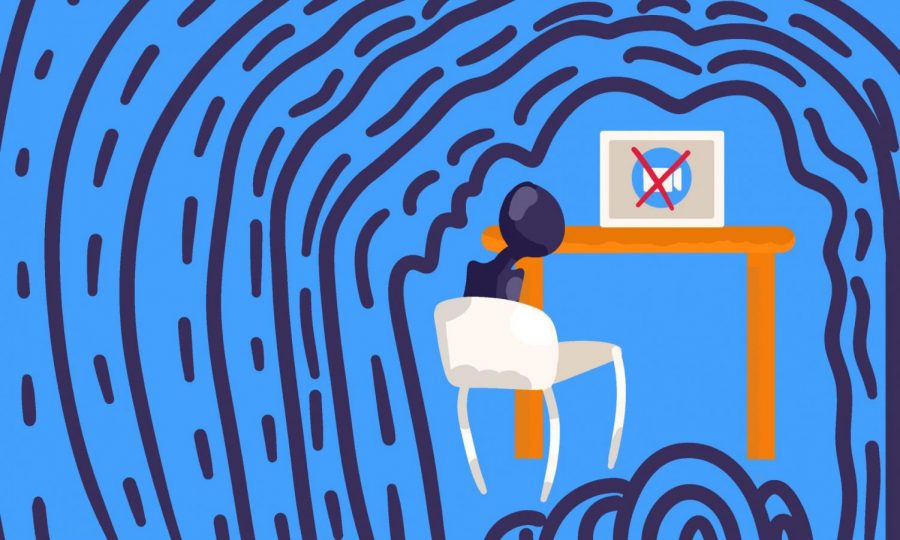 Last Friday, DePaul University sent an email to students detailing plans to return to online learning for the first two weeks of the winter quarter. In my view, this decision is pointless at best, and purposefully detrimental at its worst.­

Vaccines drive this rate even lower. The same CDC report showed a 0.06 percent case-fatality rate for individuals between 18 and 49 who are fully vaccinated. This figure, again, is far lower for individuals at the younger end of this range. This figure is also certainly a higher rate than the true number, as many individuals within this range go undetected because they are asymptomatic. Between April 4 and June 17, there were seven deaths among vaccinated people in this age range nationwide.

In their email, DePaul cited “the omicron variant, its potential impact and the potential surge in COVID-19 cases” as reasons for the preemptive shift to online classes. There is no evidence that suggests this variant is any more dangerous than those already in circulation.

There are currently no deaths linked to this new variant. Data from South African researchers, who initially detected the variant, shows that the disease may be more infectious than the delta variant, yet producing less severe symptoms. Even Dr. Anthony Fauci said in an interview with CNN that this early data is “encouraging.”

We must remember that DePaul forced all students attending in-person classes to get vaccinated. The vast majority of students are at almost no risk to Covid-19, and those who are at an elevated risk are free to make a decision for themselves relating to how they continue their higher education.

DePaul maintains a wide catalog of courses that can be taken online. Students who are uncomfortable with attending in-person classes due to their own underlying health concerns are fully able to continue their education through online learning. However, for the ordinary student, this is not a beneficial risk aversion, and most would prefer to continue learning in person.

By reinstating online learning, DePaul is continuing to suggest that they know better than the students themselves when it comes to individual decisions about their own health.

DePaul should not be making these decisions on behalf of fully healthy students who are not at risk. The administration has made a pattern out of forcing people to make the decision they view as correct. Between forced vaccination and the continual elimination of in-person classes, DePaul is playing politics with our future.

I also have a few more questions I will pose to the University. Will the basketball team have their practices canceled during those two weeks? Are the functions that make the university money more important than providing your students with the quality education that they signed up for?

Don’t get me wrong — I’m not saying we should shut down athletics as well. I just want to highlight that it is absolutely hypocritical for the university to shut down the core function of learning and continue to allow extracurriculars to continue. It is little inconsistencies like this that show DePaul’s true intention is not to provide a safe environment for students, but rather to appear as if they are doing the right thing.

My deepest concern is that this decision will be extended beyond the already confirmed two weeks. This would be a crippling blow to students, who would be forced to either sit through another quarter stolen from them or take a withdrawal on their transcripts.

We are not getting the product we initially signed up for when we put our first tuition payment down, and DePaul is continuing to steal from us in order to maintain their virtuous facade.