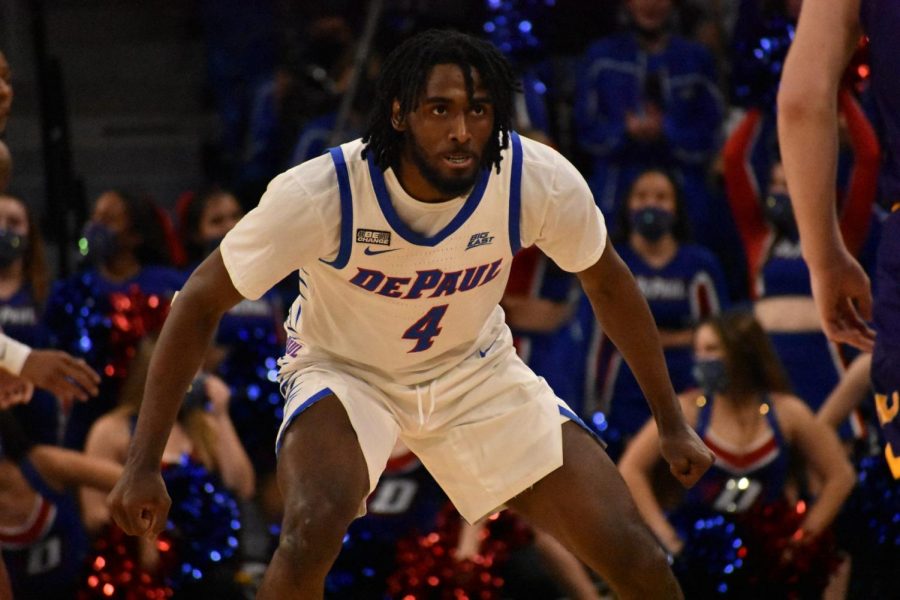 Without even playing a game in the Big East this season, DePaul finds itself in an 0-2 hole already in the conference standings.

The Blue Demons have had to cancel their first conference games of the season — against Creighton on Monday and against No. 15 Seton Hall on Thursday — due to positive Covid-19 test results.

DePaul found out about its positive cases last Thursday, resulting in it having to cancel its final non-conference game against Northwestern that was scheduled for Saturday.

“All of our student-athletes are doing well with mild or no symptoms but based on Covid-19 protocols, we did not have the minimum number of players to compete in our first two Big East games this week,” DePaul athletic director DeWayne Peevy said in a statement on Monday.

Since then, the Blue Demons have also had to cancel their first conference games, which means the team has to take two forfeit losses that gets assigned only to their conference record. The Big East introduced a policy that will force a team to forfeit a conference game if it doesn’t have enough available players, including as a result due to Covid-19.

Seton Hall also had to cancel its first conference game of the season, which was scheduled to take place against St. John’s on Monday. But the Pirates had enough players available to play against DePaul on Thursday, meaning Seton Hall gets assigned the win on the conference standings.

The wins and losses assigned via a forfeited game only applies to the Big East standings; the overall records are not impacted. The NCAA also rules the game as a “no contest,” which means the win or loss has no impact on a team’s tournament resume.

“The current Big East forfeit policy was put in place and was supported during a different phase of the pandemic and we will do everything possible to rescind the two losses on our record because we did everything possible to play this week, even if it meant dressing the minimum five players,” Peevy said in his statement.

In order for the Big East to update its forfeit rule, which was approved before the season started, the conference presidents or athletic directors would have to approve any changes to the rule, according to a Big East spokesperson.

A Big East spokesperson also told The DePaulia that the conference is “ monitoring the situation daily with our schools. And we are talking to other conferences as well.”