Chicago to require proof of vaccination at restaurant, bars 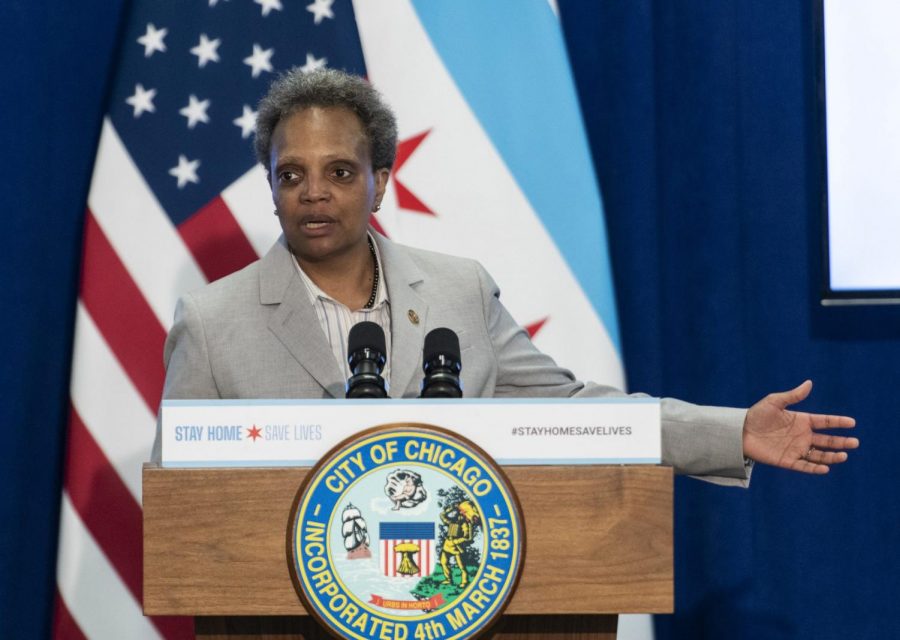 CHICAGO (AP) — Chicago will require proof of coronavirus vaccination at restaurants, bars, gyms and other indoor venues, as the rapidly spreading omicron variant drives a spike in COVID-19 infections, Mayor Lori Lightfoot said Tuesday.
Lightfoot said the requirement will take effect Jan. 3, and will apply to places in the nation’s third-largest city where food and beverages are served — including sport and entertainment venues — and fitness centers. It doesn’t apply to people getting takeout, who stay in a businesses for 10 minutes or less.
Lightfoot said the measure is necessary because of a surge in cases and hospitalizations, with Chicago seeing numbers at levels similar to before vaccines were available. Chicago is reporting an average of about 1,700 cases per day, up from about 300 per day just weeks ago, she said.
“To be clear, I have not been this concerned about COVID-19 since the early days of the pandemic in 2020,” Lightfoot said. She also urged people to get vaccinated, saying it’s the only way for life to return to some kind of normalcy and the best way to save lives.
On Monday, Illinois reported about 12,330 new COVID-19 cases — the highest daily total in more than a year. Much of that increase has been driven by the omicron variant, prompting fears of a winter surge.
Federal health officials announced Monday that omicron accounted for 73% of new infections last week, a nearly sixfold increase in only seven days.
The Centers for Disease Control and Prevention reported omicron’s prevalence is even higher in some parts of the U.S., with the variant responsible for an estimated 90% of new infections in the industrial Midwest, the New York area, the Southeast and the Pacific Northwest.
Boston Mayor Michelle Wu announced Monday that the city will require proof of vaccination for workers and customers at many indoor businesses beginning in mid-January. New York and San Francisco already require it.
Rob Karr, president of the Illinois Retail Merchants Association, called the Chicago requirement a “reasonably measured approach.”
“It certainly is better than shutting businesses down,” he said.
Lightfoot said there will be a weekly testing option for employees who are unvaccinated, but no testing option for customers. Proof of vaccination may be with a physical card, or a photo of the card. The requirement doesn’t apply to houses of worship, elementary and secondary schools, grocery stores and office or residential buildings.
Allison Arwady, Chicago’s public health commissioner, said the requirement will apply to everyone age 5 and older, and that they must be “fully vaccinated,” which the CDC currently defines as two weeks after the second dose of the vaccine. For people age 16 and older, a valid photo ID must be presented along with the vaccination card.
Much about the omicron variant remains unknown, including whether it causes more or less severe illness. Early studies suggest the vaccinated will need a booster shot for the best chance at preventing omicron infection but even without the extra dose, vaccination still should offer strong protection against severe illness and death.
Arwady said 32.5% of Chicago residents age 18 and older have received booster shots.