DePaul to require proof of Covid-19 vaccination at basketball games 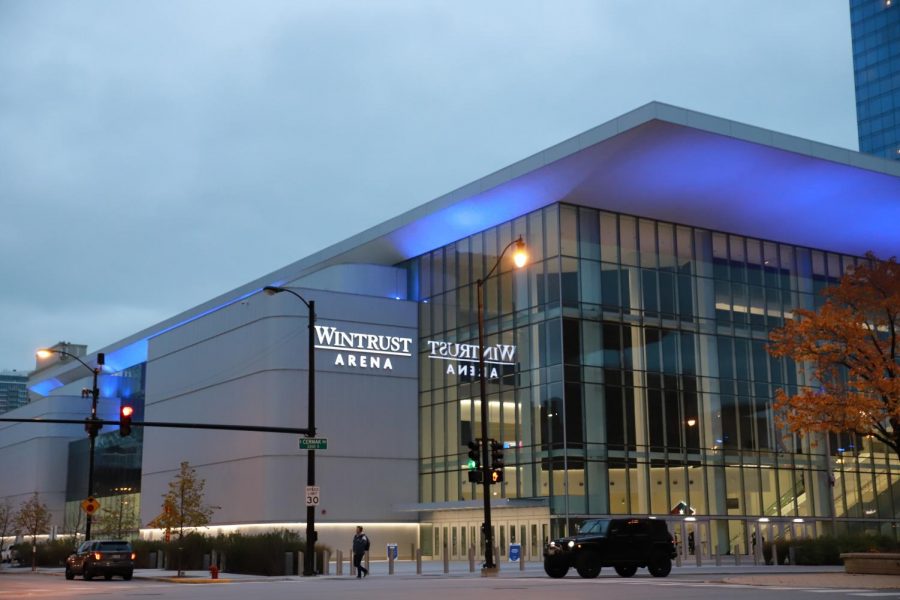 Outside of Wintrust Arena, home of the DePaul men's and women's basketball teams.

DePaul is going to require fans age five and older to show physical or digital proof of Covid-19 vaccination when entering Wintrust Arena, the athletic department announced on Thursday.

This decision is in accordance with Mayor Lori Lightfoot’s announcement that Chicago will require proof of vaccination at restaurants, bars, gyms and other indoor venues, which goes into effect Jan. 3, 2022.

For DePaul, the first game that will require fans to show proof of vaccination is when the men’s basketball team hosts Villanova on Jan. 8. Currently, however, the men’s team is on a pause due to positive Covid-19 test results within the program.

The Blue Demons had to cancel their final non-conference games of the season against Northwestern last week. DePaul has also not been able to play its first two Big East games, which were supposed to be against Creighton and Seton Hall this week, due to Covid-19 protocols.

The Big East, however, has announced that it is reversing its forfeit policy, allowing games impacted by Covid-19 to be rescheduled if possible. As a result, DePaul is back to 0-0 in the conference standings.

The conference rules stipulate that a team must have at least seven scholarship players and one coach available in order to play. If a team doesn’t have enough players and coaches available, then the Big East will first look to reschedule the game and if that’s not possible, the game will be declared a “no contest.”

Illinois reported over 18,000 new Covid-19 cases on Thursday, the most in the state since the pandemic started. Chicago also saw a pandemic-high number of cases on Wednesday, with the city reporting over 4,500 cases.