Women’s basketball: DePaul’s game versus UConn postponed due to Covid-19 in the Huskies’ program 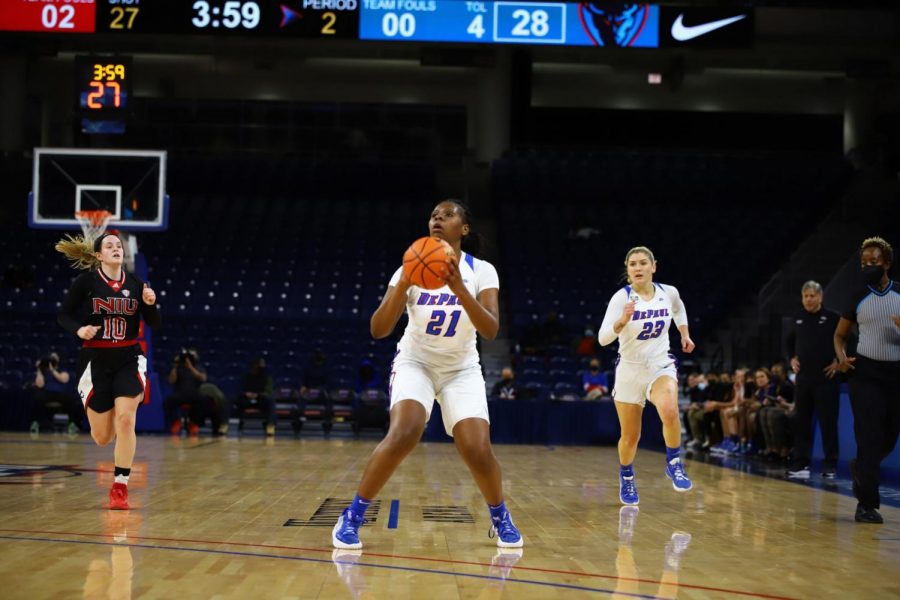 Sophomore guard Darrione Rogers squares up from deep in the second quarter against Northern Illinois. Rogers scored a team-high 20 points on the night.

The DePaul women’s basketball game against the University of Connecticut on Friday has been canceled due to Covid in UConn’s system, DePaul athletics announced on Tuesday.

This game is the first that the women’s team has had been impacted due to Covid this season. According to the athletic department’s statement, the Big East will try to make up the game at another time.

The Big East announced on Dec. 23 that the men’s and women’s games that were impacted by Covid would be postponed instead of cancelled entirely due to rising cases across the conference and the NCAA. The game against UConn is considered canceled until the Big East can reschedule it.

The Blue Demons opened their conference season with a 101-64 win over Butler on Dec. 3, before defeating Xavier 103-85 two days later. Their third win came against St. John’s with a 107-93 victory on Dec. 19. The team sits at the top of the Big East standings.

With the canceled game against UConn, DePaul’s next game is on the road against Providence College on Jan. 7.