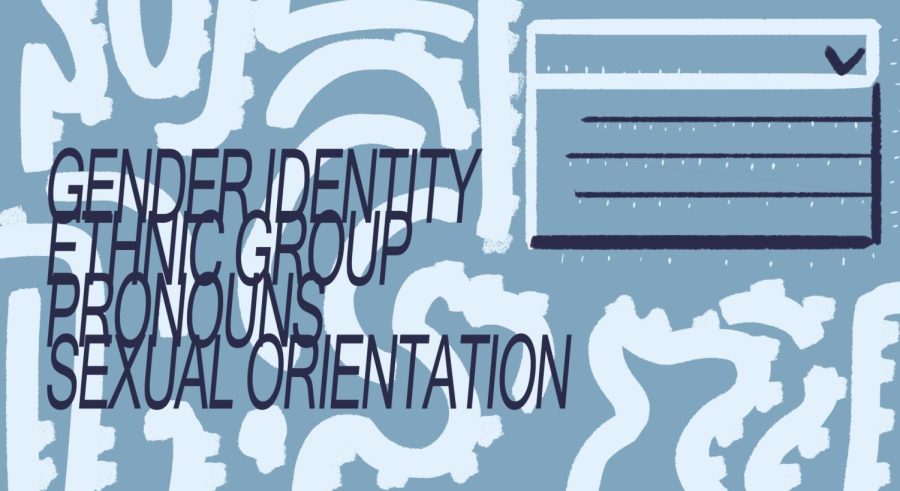 The change comes as Oracle, the company that created Campus Connect, added the feature allowing students to disclose their gender identity. With this release, DePaul jumped on the opportunity to “promote ways for students to express their identity, if they choose to do so,” according to Michael Wright, assistant vice president at DePaul’s Registrar Office.

The addition of the Middle Eastern/North African ethnicity selection was by SGA’s request, to which the Registrar’s Office put into place in collaboration with Information Services.

This implementation gained support and advocacy from SGA, including Riley Reed, the senator for LGBTQ+ students.

“Hopefully [this will limit] misgendering, since someone’s identity is represented,” Reed said. “I would hope [students] can feel comfortable being addressed properly and have the choice to disclose this information. It also protects students who would not feel comfortable [publicly] expressing [their identity quite yet].”

Reed said SGA considers “misgendering [as] an act of violence,” so this additional disclosure will create a more transparent environment for all members of the DePaul community.

“Since students can select their pronouns and gender identity, it luckily doesn’t leave room for error in a technical sense, since the information is readily available and accessible to others at the university,” Reed said.

Gender identity and ethnic background data is only viewable by specific staff within DePaul’s Registrar’s Office, but can be granted to faculty and staff for academic needs.

“For example, if SGA wanted to share information or opportunities specifically with students who select a certain gender identity, the Office of Student Involvement would coordinate with Information Services to send that information to those students,” Wright said. “This information is [otherwise] protected under the Family Educational Rights and Privacy Act.”

Students can also select pronouns on Campus Connect for further gender identity representation. Pronouns are shared more widely throughout the university, including faculty class rosters so students can be properly addressed.

“For the last few years, students have also had the option to choose pronouns in Campus Connect, which are shared on rosters with faculty and academic advisors so that they can address students appropriately,” Wright said. “Upon admission, students must still fill out ‘Legal Gender,’ and there is an option to decline to specify.”

According to a study by the University of California at Los Angeles Williams Institute, 76.2 percent of nonbinary people are college-aged — stressing the importance of DePaul’s resources for gender-diverse students.

While Reed believes this is a step towards establishing a more welcoming environment for all gender identities, they hope to further increase the representation of DePaul’s gender-diverse students.

“I think [we need] more gender-neutral bathrooms on campus, and other initiatives to increase representation for gender-diverse students,” Reed said. “One of my initiatives is to hold spaces for trans and nonbinary students in the upcoming quarters, utilizing the LGBTQ+ student resource center and finding ways to build community.”