‘The Matrix Resurrections’ is a serviceable, if derivative, sequel 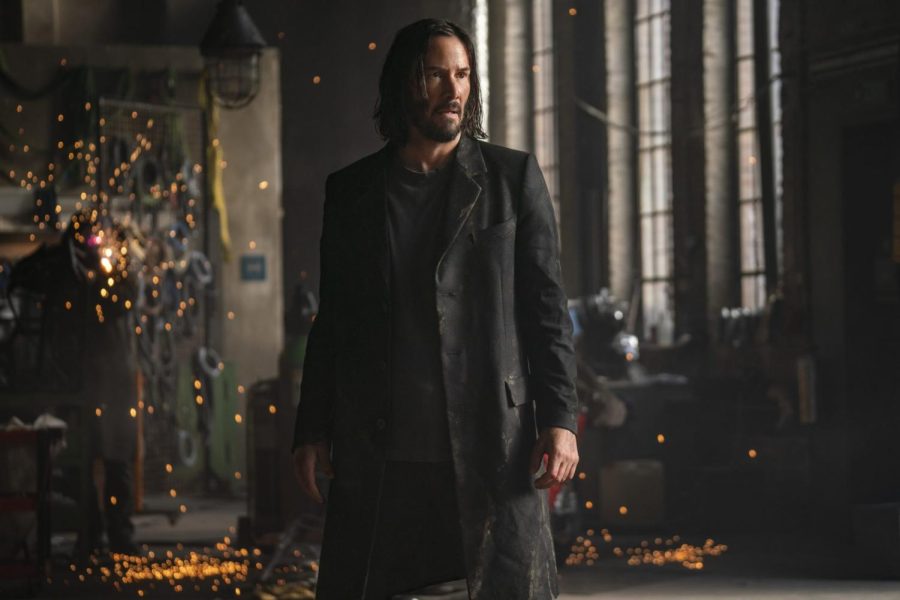 The Wachowskis’ original 1999 film “The Matrix” continues to be one of the most popular and hallowed sci-fi films of all time. Is its reputation deserved? It was certainly groundbreaking at the time of its release, and it remains a technically dazzling film even to this day. But the more cerebral ideas it attempts to explore are woefully held back by a number of frankly silly story beats — namely the painfully vacuous “romance” between Neo and Trinity — which the film inexplicably shackles itself to. Lana Wachowski’s latest entry in the series, “The Matrix Resurrections,” makes the same mistake even more so, much to the film’s detriment.

We again follow Neo, who has apparently forgotten living the events of the first three films. Instead, his memories are contained in a series of video games which he’s alleged to have designed. Believing his past to be a fiction and caught in an uncertain malaise, he suppresses his doubts with regular “therapy” sessions and a healthy intake of “blue pills.” Soon enough, a group of renegades manifest themselves before Neo in the new Matrix, inviting him to rediscover the nature of his illusion and transform himself into the “One” once again.

I should start by addressing the obvious meta commentary which the film aims for. Characters in the first act of the film frequently discuss the “Matrix” series — in their world, a trilogy of revolutionary video games which tell the stories of the first three films. They make frequent reference to the themes and influence of the series, and even directly satirize being made to conceive a fourth “game” in the series — something which the character Neo apparently never intended for. Stories that attempt a self-aware, meta slant tend to fall flat on their faces (see any movie or video game that thinks they’re being clever by breaking the fourth wall). But I felt that “The Matrix Resurrections” actually pulled it off reasonably well. It’s mostly successful in navigating the potential pitfalls of excessive self-indulgence by way of solid filmmaking. For instance, I enjoyed the montage of Neo being made to listen to people discuss the “Matrix” at his game studio whilst drowning himself in “blue pills” — accompanied by the psychedelic groove of Jefferson Airplane’s signature song “White Rabbit” (although the “Alice in Wonderland” references are laid on way too heavy).

The dialogue can be hit-or-miss, but it’s generally adequate. Barring the occasional atonal “quirkiness” which seems to plague every other Hollywood script these days (I think we have the Marvel Cinematic Universe to blame for that), the script mostly carries itself tastefully and does manage to present a few interesting ideas. It’s also worth mentioning that the film is faithful to the look and feel of the “Matrix” series. The distinct musical style and iconic gravity-defying action are both here, but I found the fight choreography to be disappointingly lacking — the fistfights feel slow in comparison to the classic Neo versus Smith fight scenes of old.

By the final act, the story has embroiled itself in a worrying amount of convolution. And at the center of it all, the worst thing about the first “Matrix” film rears its stupid trite head yet again. The whole narrative of “The Matrix Resurrections” is anchored around the romantic relationship between Neo and Trinity. This was a horrible idea. There is absolutely nothing compelling about the relationship between these two characters. It was insipid in 1999 and it’s insipid now. Says Trinity to the fallen Neo: “The Oracle told me that I would fall in love and that the man that I loved would be the One. So you see, you can’t be dead.” And then Neo gets back up. Just some of the brilliant writing from the 1999 original. These aren’t Wong Kar-wai films — there are no contemplative meditations on love and loneliness to be found here. Only the scribblings of some high schooler’s miserably dull fanfiction.

The film is serviceable overall. As I’m not a fan of the “Matrix” series myself, I can’t speak to whether or not fans will be pleased by this latest installment. But I was reasonably entertained by it, and I didn’t feel as though my intelligence was being insulted at every turn (which is really where it feels like the bar is with today’s Hollywood). On the whole, a fair effort. If you’re up for more “Matrix,” it may be worth checking out.