“Nightmare Alley” is a disturbing depiction of the dangers of greed 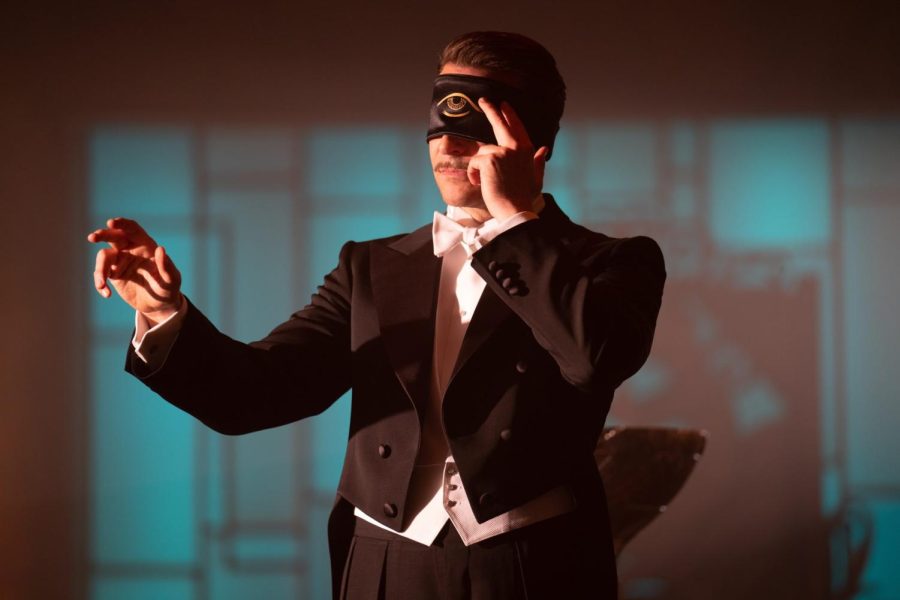 Guillermo del Toro’s “Nightmare Alley” elevates the story’s visual elements, capitalizing on colorful carnival sets and the excess of the filthy rich, but falters in its depiction of the dangers of greed.

Del Toro’s rendition is a remake of the 1947 version, which was directed by Edmund Goulding, both films are based on the original book published by Wiliam Lindsey Graham in 1946. Created in wildly different times, the original film was unable to lean into the grotesque and crude aspects of the plot due to Hollywood’s tendency of self-censorship at the time.

Unlike the original, del Toro was able to showcase references to abortion, adultery and clear depictions of gore. In addition to these intentionally edited out elements, modern technology allowed del Toro to emphasize the film’s color and beauty. The color of the carnival compared to the grandeur of life in New York showcased this ascension into wealth. Later in the film, this would be sharply contrasted with Carlisle’s regression into poverty.

“Nightmare Alley” follows Stan Carlisle’s (Bradley Cooper) ambitions of wealth and his slow descent into desperation. After burning down his late father’s house, Carlisle takes a bus to the end of its road and wanders into a carnival. There, he becomes fascinated by the carnival’s geek, who he witnesses eat a live chicken.

The term “geek” was used in the early 20th century to describe a relatively unskilled person whose task in a carnival was to bite off the heads of live animals. In the film, Carlisle asks Clem (William Dafoe), the owner, how he convinces people to take on that role. In horrific detail, Clem tells Carlisle that it’s fairly easy to convince a desperate man to take on the “temporary” role as geek for promised shelter and food.

It is unclear what Carlisle’s true feelings about this are. He seems to carry a level of fascination with the geeks that could also be categorized as pity. He offers the geek a cigarette and is alarmed that Clem later leaves him to die in the rain. Though he demonstrates a greater level of empathy for the geek than the other carnival workers seem to, he largely seems interested that someone could end up in the type of position in which they would become a carnival geek.

Carlisle works his way up in the carnival troupe, and eventually becomes acquainted with an act starring Madam Zeena (Toni Collette) and her alcoholic husband Pete (David Strathairn). Pete teaches Carlisle some tricks from his days as a mentalist and, after Pete’s death, Carlisle takes the act to a larger audience.

Throughout the film, Carlisle turns his nose down at alcoholism. He never drinks and he judges Pete for drinking the way he does. He is also unable to turn away from the promise of power and wealth, which is what attracts him to the idea of becoming a mentalist in the first place. Despite the couple’s warnings of the dangers of mentalism, Carlisle pushes on and eventually takes the act to New York with fellow carnie Molly (Rooney Mara), whom he marries.

The power of being able to trick people into thinking he possesses a higher ability overtakes Carlisle and he soon succumbs to the enticement of conning wealthy and powerful members of society by convincing them he can talk to the dead.

The turning point of the film seems to be when he takes his first sip of liquor offered to him by the psychiatrist Lilith Ritter (Cate Blanchett). At this point, it is clear that Carlisle is over his head and is beginning to unravel. Eventually, his growing scheme catches up to him and he is betrayed, forcing him to go on the run where he ends up as a homeless alcoholic.

The film ends with him tracking down a carnival and pleading for a job. He is offered the job of a geek, in which he quips that he was born for the role. Unlike the original film, that is where the story ends. A man’s unhealthy obsession with power and wealth leads him down a tragic path that ends in desperation and strife. In Goulding’s 1947 version, Molly happens to work at the same carnival that Carlisle is a geek at and vows to protect him. In del Toro’s version, however, audiences are left with the horrible image that he will soon be biting the heads off of live animals to please a carnival audience awestruck by the disturbing.

Del Toro’s flair to depict the disturbing more or less takes away from the key themes of the story. Though still a thought-provoking film, it would have been served better if del Toro emphasized the nuances of Carlisle’s descent and further explored his close relationships.

At first glance, I thought del Toro’s version of the film did a great job at depicting the dangers of excessive greed but, as it was the type of film I found myself thinking about for days after, the nuances of character development lacked the depth it could have had to make the story even more powerful.