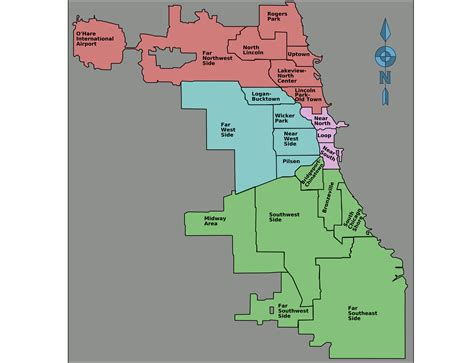 Chicago aldermen are still negotiating a new ward map that will remain for the next decade.

This year’s remapping process is still ongoing due to the 2020 Census showing significant changes in Chicago’s demographics.While Chicago’s Black population dropped 10 percent, its Latino population jumped 5 percent and its Asian American population surged 30 percent, according to the 2020 census.

“The Census shows that we’ve gained potentially another seat. And that has been the challenge with the Rules Committee,” Ald. Byron Sigcho-Lopez, 25th Ward told The DePaulia. “It seems like there’s a big disagreement there in terms of population strictly based on the Census numbers. So we believe it is only fair that we can get 15 wards on the map.”

In mid January, Ald. Michelle Harris, head of the Chicago City Council’s Rules Committee, had public hearing dates with the goal of continuing negotiations and agreeing on a map. But no compromise was made.

Currently there are 13 Latino wards and 18 Black wards. The Latino Caucus map shows an increase of 15 majority Latino wards.

“Some of the things in our community that are important is to maintain the Latino majority, making sure that Pilsen doesn’t get split,”  Sigcho-Lopez said.

Sigcho-Lopez says in the public meetings he’s held in the 25th ward other Latino wards also want to stay compact. McKinley Park wants to be a part of the 12th ward entirely.

In the last public hearing, residents of McKinley shared why they want to remain a single ward.

“I felt like I had to address this like hey this is out there and this would be a disaster for us because it’s not only separating us from the park but we have serious issues with pollution,” Eakin said.

Eakin said she had concerns about redistricting and leaving many things out of their control in terms of environmental issues and green spaces in McKinley Park.

If there is a problem in a ward that is split, the people affected by it will have a harder time advocating for policy from the respective alderman.

The proposed map by the Rules Committee would  reduce the number of Black wards from 18 to 16. The map would only give Latinos 14 wards- which the Latino Caucus  refuses to accept less than 15 wards.

“The proposed number of wards for Latinos will affect the balance of power of the city council. But we also have to wonder where the additional seats are coming from,” said Joe Tafoya, a political science professor at DePaul.

Tafoya said that the decrease in the overall Black population in Chicago could cause a voting reduction for the Black caucus in city council.

While Chicago taxpayers would pay the costs of a city-approved map, the cost of a referendum would be less than $600,000 if a ward map question is added to paper ballots, according to Max Bever, spokesman for the Chicago Board of Elections.

Sigcho-Lopez said a referendum is imminent and given the current conversations it seems like it’s very likely that we will go to referendum where the voters will decide which map provides fair representation.

However an issue rises when it comes to the referendum. Immigrants and minors would be unable to vote.

“The voting age thing doesn’t make any sense to me if it’s a map for ten years. Like people get older or they move, like we all know this is a snapshot in time,” Eakin said. “Are you really gonna tell me half my neighborhood doesn’t count?”

When it comes to the voting age population, that is a number the Rules Committee is looking into.

“That is not always exactly or does not match exactly the Census record,” Sigcho-Lopez said. “It is an indicator in terms of representation as well.”

There are 40 days before June 28 to come to a compromise.

“It seems like under the different disagreements, one consensus item that we have is that we will have a majority Asian Ward, and that will be historic,” Sigcho-Lopez said.