From pastries to chimichangas: Vegan options in Chicago are just as unique as the city itself 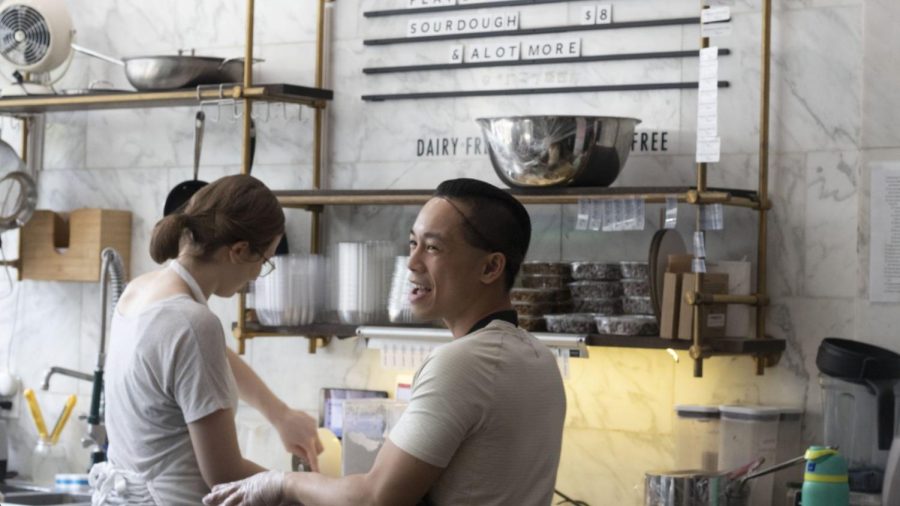 One of the perks of living in our nation’s third-largest city is the expansive variety of eats. In my hometown of Lexington, Kentucky, Olympic swimmer Peter Wetzlar says that finding a restaurant with vegan options is incredibly difficult — It’s hard for him to find the carbs and protein he needs to train. I came across the same issue until I moved here. Fortunately for us, Chicago has a plethora of options.

Veganism has become a popular option for animal lovers and health nuts alike. According to the Vegan Society, “Veganism is a philosophy and way of living which seeks to exclude — as far as is possible and practicable — all forms of exploitation of, and cruelty to, animals for food, clothing or any other purpose…” Specifically for dietary reasons, “it denotes the practice of dispensing with all products derived wholly or partly from animals.” This involves avoiding all animal meats, dairy, eggs and sometimes honey.

For health reasons, many adopt the diet to lose weight, lower blood sugar, improve kidney function, lower the risk for heart disease, reduce inflammation and avoid the negative effects of lactose-intolerance. For Sydney Verwilst, the owner of Ingrained she “grew up being fascinated with manipulating how one feels via what they put in their body.” As a result, her vegan snack shop was born from aiming to heal that relationship we have with food.

In terms of looking for restaurants, vegans tend to vary in their specific wants and needs. For a fellow DePaul student, she looks for menu items that mimic meat and dairy. She’s able to find a vegan salad anywhere so she’s more inclined to “opt for dishes that aren’t traditionally vegan like mac and cheese or a good burger.”

Whether you’re craving plant-based meat, dairy-free carbs or guilt-free sweets, here’s a couple of places to check out in the Windy City.

This cozy spot in Ravenswood offers large plant-based plates and friendly service. It will completely transform whatever notion you have of Thai and Asian food.

The vegan orange chicken is a popular menu item that comes in a massive serving. It’ll transport you back to your meat-eating days without the added guilt, if that’s what you’re aiming for. The entirely-vegan menu also offers soups, salads, noodles and rice, curry, burgers and wraps, all made with seitan and soy “meat.” This spot is sure to leave you with a happy belly and wallet.

If you’re in the mood for Mexican but not the heavy and inflammatory meat and cheese that come with, La Cantina in South Loop offers a fully vegan portion of their extensive menu. The vibe is quaint yet vibrant and it’s the perfect spot for meeting up with friends.

Ingrained is a woman-owned gem in the River North/Old Town area. Their facebook page labels them as a “​​vegan and gluten free health foods brand at the intersection of superfood apothecary and fun flavorful snacks.” Owner Sydney Verwilst says, “we are a boutique snackery that focuses on the entire experience of a snack and the emotional connection one has to their food.”

According to Verwilst, the best sellers are the raw bars. She refers to them as “nourishing, balanced, clean real food vegan gluten-free refined sugar-free frozen bars that help curb cravings by way of balanced fat fiber protein and carb levels.” After trying my first Ingrained raw bar, I completely support this sentiment. They taste like a perfect mix of ice cream and brownies without the heaviness that normally comes with. Midnight cravings conquered! Some of the flavors include bday peanut butter cup, gingerbread cookie, oreo twix and snickerdoodle cake batter.

This Black-owned business is a staple for vegan and vegetarian comfort food in Chicago. According to their website, their restaurants are “modern and flavorful” for “flexitarians or transitioning vegetarians.” They want to make the transition to a plant-based diet easy by “making healthier versions of your favorite dishes.”

They have locations in Gold Coast, Hyde Park and Orland Park.