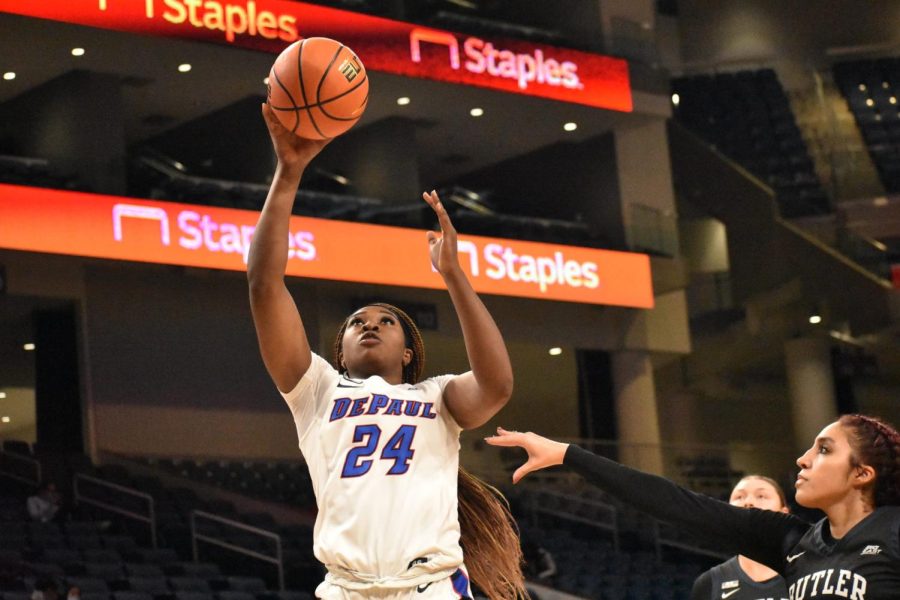 DePaul basketball made major splashes this season with Big East honors. On the men’s side, senior guard Javon Freeman-Liberty was named to the All-Big East Second Team.

Freeman-Liberty became the first player to receive the All-Big East Second Team honor since Paul Reed in 2020. He had a career year, averaging 22 points and seven rebounds a game while shooting 38 percent from the 3-point line, and was namedBig East Player of the Week three times.

Morrow finished the season averaging 21 points and 14 rebounds a game. Morris finished her DePaul career as No. 9 scorer in school history with 1,681 points. She averaged 18 points a game this season.

After playing two seasons at Michigan, Church finishes her DePaul career as a 1,000-point scorer, leaving DePaul with 1,084 points in three seasons. She scored 14 points per game this season.

Prior to the end of their season, Held was sixth in the nation in minutes and ninth in assists. She is currently the Big East’s active career scoring leader in conference games with 951 points and finishes her career tied as the No. 17th scorer in program history with Mfon Udoka, who has 1,569 points.

Morrow, an All-American candidate, Naismith Defensive Player of the Year finalist, John R. Wooden finalist and five-time National Freshman of the Week Award winner, has taken the world by storm, building on top of DePaul’s historic women’s basketball legacy while also creating her own.

For scoring, she holds the records for rookie single game (41 points at Creighton), Rookie season total points (469 in 20 Big East games), and rookie season average (23.5). In rebounding, she holds the rookie and all-time players single game record (27 at Seton Hall), along with rookie total rebounds and all-time season rebound total (305 in 20 Big East games), and rookie/all-time rebounds per game average (15.3).