DePaul is in: women’s basketball set to play Dayton in NCAA Tournament 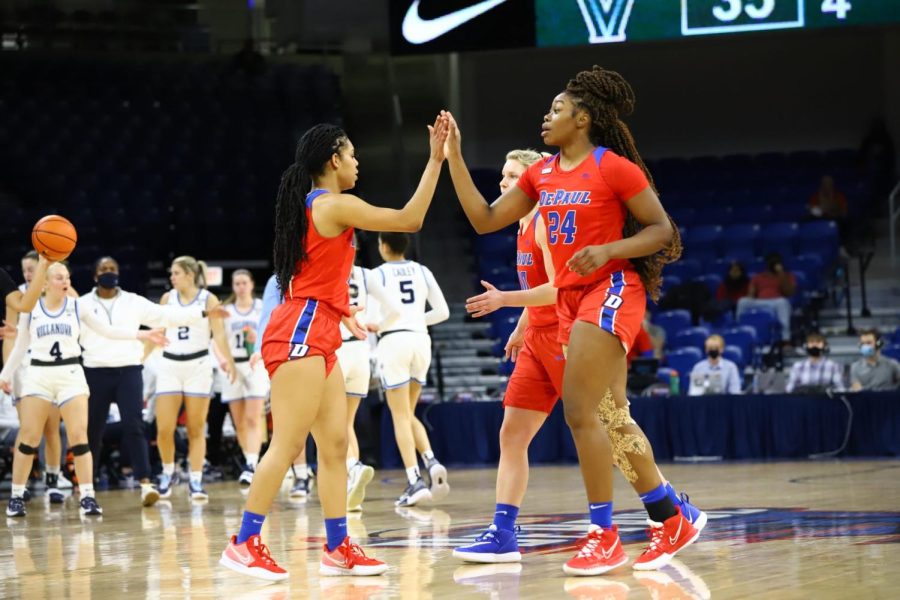 The Blue Demons are set to take on Dayton in the First Four play-in game.

After a tough schedule, the DePaul women’s basketball team has secured a spot in the NCAA Tournament after missing the tournament last season. The Blue Demons are set to take on Dayton in the First Four play-in game of the 68-team tournament on March 16 in Ames, Iowa.

The Blue Demons entered the Big East Tournament last week with the goal to extend their season as the No. 4 seed. There, the No. 1 seeded UConn loomed as the biggest threat at the Mohegan Sun Arena in Connecticut. However, it was Marquette who proved to be the bigger obstacle.

The Blue Demons fell to Marquette 105-85 in the quarterfinals of the conference tournament on March 5 Marquette went on to lose to UConn, who secured an immediate ticket to the NCAA Tournament with a 70-40 win over No. 2 seed Villanova. Along with UConn, Villanova and Creighton also made the NCAA Tournament.

Following DePaul’s loss in the Big East Tournament, head coach Doug Bruno believed the team could make the NCAA Tournament based on their tough matchups all season and 22 wins. While he knew it would be a challenge, he never lost faith in his team.

“UConn is the obvious, great team, but the rest of us are really, really strong teams,” Bruno said. “We played enough people from the other leagues that I know that we’re a good enough team to play in the NCAA tournament for sure.”

The Blue Demons success in non-conference play and defeated high-level teams such as Northwestern and Kentucky, who secured their automatic bid to the tournament after winning the SEC title.

The team struggled to stay consistent against Big East competition. They began hot and won their first four games against conference rivals before an overtime loss to Marquette severed that streak. And while the Blue Demons bounced in and out of the win column towards the end of the season,

“We played a very difficult schedule,” Bruno said. “Let’s start with the Big East. This is a really good league, and this is a really tough league top to bottom and I don’t think we get recognized enough for that.”

Like Marqutte, Dayton is likely to throw everything they have at freshman forward Aneesah Morrow, who started in all 32 games this season, and averaged 21.7 points and 13.8 rebounds per game.

She had double-doubles in 23-straight games before that streak was snapped at the Big East Tournament, and finished the season as the Big East Freshman of the Year and a member of the All-Big East First Team.

However, the Blue Demons will need other members of the team to step up in order to move forward into March Madness. Senior guards Sonya Morris and Lexi Held, along with graduate student guards Deja Church and Dee Bekelja, will each need to be strong on both ends of the court.

Morris finished the regular season averaging 17.9 points, a member of the All-Big East First Team and as a finalist for the 2022 Ann Meyers Drysdale Award.

Additionally, younger members of the team will have valuable roles as well.

Sophomore guard Darrione Rogers had a strong season, starting in 31 games and averaging 10.1 points and 5.7 rebounds. Junior guard Kierra Collier was a valuable offensive player off the bench down the stretch, while sophomore guard Kendall Holmes’ aggressive game brought a spark off the bench.

Each member of the team will have an important part to play as the Blue Demons return to the NCAA Tournament for the first time since 2019.