Letter from the Editor: Disabling the gender guise 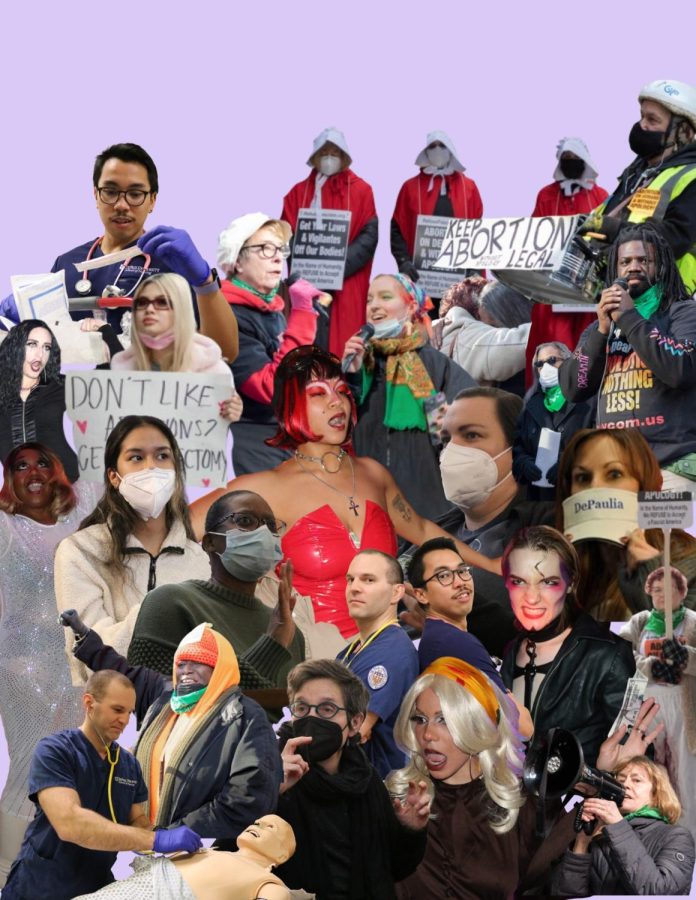 When we first came up with the idea to produce a gender issue, it wasn’t entirely serious. A couple of women on The DePaulia’s editorial staff were just talking about what it’s like being a woman in journalism, how the number of women in leadership positions continues to be disproportionate to men and DePaul’s lack of resources for student parents. We quickly realized our ideas were more than just a couple of stories to slowly integrate into the paper each week, but rather a whole special issue to allow us to explore these ideas in greater depth.

We quickly realized, however, that in talking about gender, we didn’t simply want to cover stories about gender expression and being a woman in our field, but stories that evolve as a result of one’s gender. One in five college students are raising children and they are disproportionately women and people of color, according to NPR. About one in six women have experienced being stalked in their lifetime. That number compares to one in 17 men, according to the CDC. Online harassment is experienced by both men and women but the type happens at varying rates. More men than women report experiencing any kind of online harassment (43 percent compared to 38 percent). Women, particularly young women, report more sexual harassment online with 33 percent of women under the age of 35 reporting compared to 11 percent of men under 35, according to the Pew Research Center.

The social construct of gender still overwhelms the biological classification of sex in most aspects of society. Your gender still largely determines your experience in social and professional settings, no matter how much progress we’ve made and how much we try to transcend it. The uncomfortable fact is that most statistics are still divided up by gender, presenting a different reality for men and women based on what gender an individual presents and often not representing those outside of that binary at all. With that in mind, in this issue we explore gender expression, overcoming traditional gender roles in a professional setting and advocacy for agency over one’s own body.

On page three, you can read about non-traditional drag performers in Chicago. On pages four and nine, you can find stories about social media harassment and exploitation. Pages six and seven showcase a rally on March 8 that advocated for women’s abortion rights. On page eight, you can read about The DePaulia’s former female sports editors, written by our current sports editor who is the first woman in that role in a decade. Pages 10-11 feature a DePaul organization for student parents that aims to bridge the gap between their needs and the lack of resources currently available to them at DePaul. Finally, throughout the paper you can find a brief history on gender equality cases in the Supreme Court, ending in a cumulative timeline of these cases on the back page.

It is not our intention to pretend that we cover everything pertinent to the discussion of gender, that would require much more than 12 pages. Instead, this issue serves as a representation of the stories that we felt were important to tell for the DePaul community in relation to the broader issue of gender. We hope you enjoy this special issue of The DePaulia.