Women’s basketball: DePaul is excited and thankful to get a chance to play in NCAA Tournament 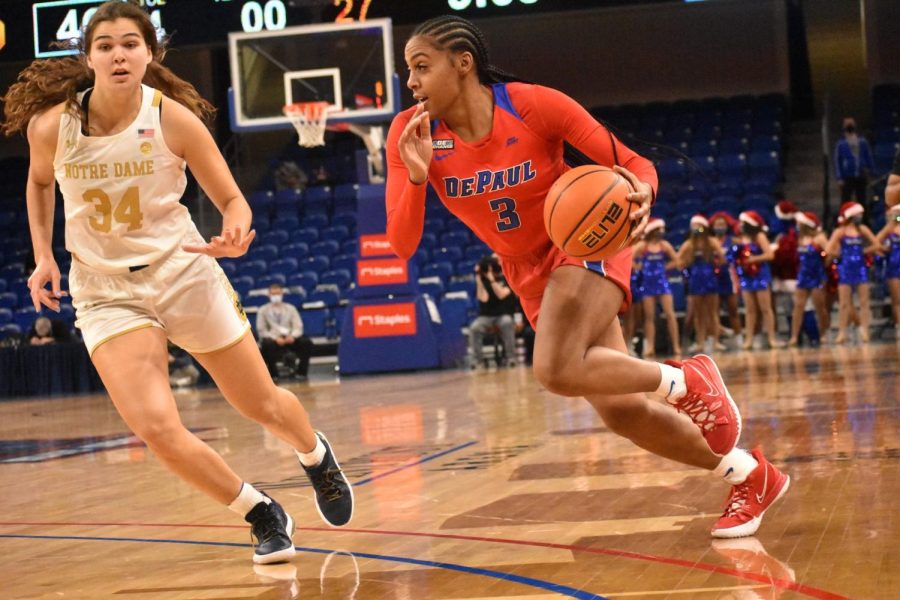 Several bracketologists, including ESPN’s Charlie Creme, had DePaul out of the field of 68 after its loss to Marquette. At best, the Blue Demons looked like they were a bubble team who needed help from others to sneak into the tournament.

That’s why head coach Doug Bruno told his team the truth regarding its postseason hopes following the loss to the Golden Eagles.

The basketball Gods must have heard DePaul’s wishes because they granted the Blue Demons a spot in field of 68 during Selection Sunday last weekend.

DePaul (22-10; 14-6 Big East) will face Dayton in one of the first-four games in Ames, Iowa Wednesday night. This is the first year that the women’s tournament is going to feature 68 teams.

“We always believed we were NCAA Tournament worthy, but we are really thrilled and thankful to be here,” Bruno said.

There was a lot of uncertainty surrounding DePaul’s tournament hopes after losing two of its final three regular season games and not winning a game in the conference tournament.

Last season, the Blue Demons had a similar slide to end the season, losing four of their final five games leading up to Selection Sunday. As a result, DePaul missed out on the NCAA Tournament for the first time since 2002.

“I think as a team we always stay positive, always got faith, but we did not want to get let down or [be] disappointed if we didn’t make it,” senior guard Sonya Morris said.

Morris said the team went into Selection Sunday hoping for the best, but that they were “kind of expecting the worst.” DePaul’s resume this year was boosted with wins over a then-ranked Kentucky team on the road, a victory over Northwestern and a win against Villanova.

But it was still up to the committee to judge DePaul’s entire body of work over the course of the season and compare it to other bubble teams.

“Seeing our name pop up there was very exciting and emotional, as well, just knowing how much that we went through as a team,” freshman forward Aneesah Morrow said.

The players were given three days off after the loss to Marquette to regroup and prepare for finals. The team then had a couple of practices last week to prepare for either the NCAA Tournament or the WNIT.

“I will say that us playing against Marquette and seeing the rebound difference is something that we really worked on during practice,” Morrow said.

DePaul lost the rebounding battle to Marquette 49-17, and Morrow also lost her 23-game double-double streak after finishing the game with 29 points and six rebounds.

It’s no secret that DePaul has not played as well in February and March as it did earlier in the season but the NCAA Tournament provides teams with a unique opportunity — a clean start.

No matter how well or how poor a team has played in the final month of the season, everyone begins postseason play with the same record: 0-0.