‘Doubt got us here’: Providence looks to keep magical season going when it meets Kansas in the Sweet 16 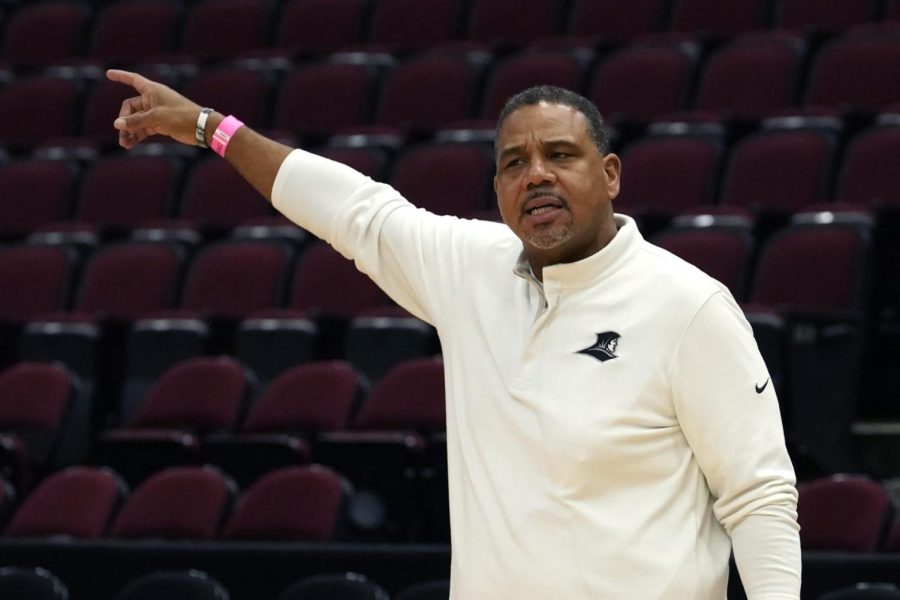 This is a team that has been doubted pretty much all season. This is a team that was picked to finish seventh in the Big East in the coaches’ preseason poll. This is not a team filled with household names around college basketball, but it does have two important ingredients of a successful team: experience and maturity.

The Providence Friars are not considered a “blue blood” program in men’s college basketball. Not even close. Providence won a total of three NCAA Tournament games from 2000-21 and has made the Big Dance seven times since the turn of the century.

And, yet, this is a program that is one win away from playing in its first Elite Eight in 25 years.

The team standing in Providence’s way is Kansas, the No. 1 seed in the Midwest region and a program that is expected to make it to the second weekend of the NCAA Tournament every year.

No. 4 Providence and Kansas will meet in the Sweet 16 at the United Center Friday night, with the winner advancing to face either No. 11 Iowa State or No. 10 Miami in the Elite Eight on Sunday.

This will be the first meeting between the two programs. By all accounts, Kansas is the favorite Friday night considering its seed, its overall roster and its status in the sport — a traditional blue blood.

Providence and Cooley would not like it any other way.

Providence does not get plenty of opportunities to face the sport’s traditional powerhouse programs in its non-conference schedule.

Besides playing Villanova during the Big East schedule, the Friars struggle to constantly schedule college basketball’s elite programs, especially getting those teams to come to the Dunkin’ Donuts Center.

“I think it’s a great opportunity,” Cooley said. “And, again, the reason we don’t play the blue bloods is because they don’t want to come to the Dunkin’ Donuts Center. Let’s call it exactly what it is. We’d love that opportunity and embrace that opportunity.”

Both Cooley and Kansas head coach Bill Self talked about some of the similarities between the two teams in terms of style of play and personal, but the paths Providence and Kansas have taken to reach this point have not been similar.

The Friars have been doubted all season and have been deemed by the public and some analytical sites as “lucky” due to their 11-2 record in close games. Providence is ranked No. 1 in KenPom’s luck rating.

When the NCAA Tournament bracket came out and people began making their selections, Providence was the flashy pick to get upset in the first round by No. 13 South Dakota State.

Well, that did not happen. The Friars won 66-57 and advanced to face No. 12 Richmond in the second round, which produced an even bigger victory — 79-51.

This has been the theme all season long for the Friars, who are 27-5 and won the program’s first-ever Big East regular season title. Providence does not run from doubt, instead, it embraces everyone’s skepticism about their program.

Even though Providence might lack star power, it does not lack experience. Cooley has nine players on this year’s team who are juniors and above.

Graduate student Nate Watson and senior A.J. Reeves have been with the program their entire college careers. Six other upperclassmen transferred into the program and have provided Cooley with valuable minutes this season: Jared Bynum, Al Durham, Ed Croswell, Brycen Goodine, Noah Horchler and Justin Minaya

Kansas is expected to win Friday night, as the Jayhawks are 7.5-point favorites with over 24 hours to go until tip-off, but that does not phase Providence one bit. Nobody expected the Friars to win the Big East, make the NCAA Tournament and win two games in the Big Dance.

“We see it as fuel,” Durham said. “We’ve always been the underdog in every game [we have] play[ed]. We’ve been looked down upon. We use it as fuel to the fire that keeps us going and keeps us working hard and keeps us dedicated and locked in. So we use it as fire if anything else”

The key for Providence this season has been everyone buying into the system. It has taken a collective effort to get to this point in the season, and the Friars are probably not standing here without a total buy-in from the entire group. \

“Culturally, we built a good group,” Watson said. “Like he said [Cooley], our egos on the team are not present. We all have the same goal. We all want the same thing and that’s to win and survive in this tournament.”

That’s exactly what the Friars will try to do Friday night.

“Guess what, doubters, Providence is in the damn building, and I’m proud of those kids,” Cooley said.