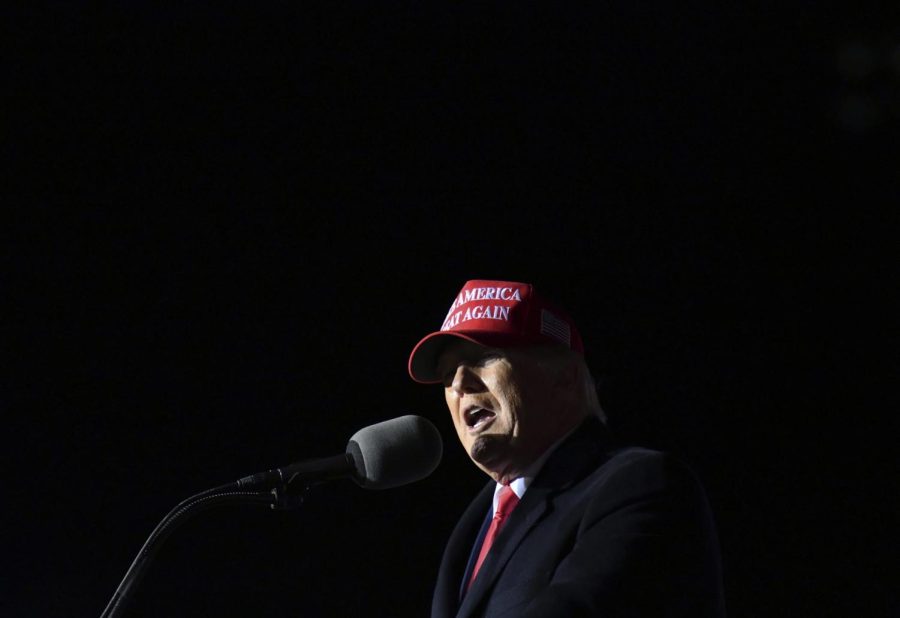 Since Merrick Garland was first sworn in as attorney general in March 2021, the ongoing investigation into the Jan. 6 insurrection on the Capitol has largely come to define his tenure as chief lawyer of the United States.

Just over a year later, a series of recent developments have placed great new pressures on him to act against high-ranking officials — including former President Donald Trump.

On March 28, U.S. District Court Judge David O. Carter wrote in a court ruling that Trump “more likely than not” attempted to illegally obstruct Congress as part of a conspiracy to overturn the 2020 presidential election results.

While this ruling marks likely the most accusatory statement by a federal judge against the former president, it is by no means a criminal ruling — the opinion came as a result of the judge ordering Trump affiliate John Eastman to turn over 101 documents to the House Select Committee investigating the events of Jan. 6.

“It really is a different kind of case than one that could be eventually brought against Trump on criminal grounds,” said David Canon, a political science professor at the University of Wisconsin-Madison.

Judge Carter even emphasized this in his ruling, noting that his opinion does not equate to a guilty verdict for Trump or Eastman.

“The Court is tasked only with deciding a dispute over a handful of emails,” he said in the ruling. “This is not a criminal prosecution; this is not even a civil liability suit. At most, this case is a warning about the dangers of ‘legal theories’ gone wrong, the powerful abusing public platforms, and desperation to win at all costs. If Dr. Eastman and President Trump’s plan had worked, it would have permanently ended the peaceful transition of power, undermining American democracy and the Constitution.”

Even though Judge Carter’s ruling does not explicitly pertain to the conviction of Trump or any Trump affiliates, it’s come during a week that’s seen a series of significant developments regarding the inquiries into Jan. 6.

On Tuesday, members of the House Select Committee investigating the Jan. 6 attack publicly voiced frustrations over the Justice Department’s slow movement in bringing forward criminal charges against those noncooperative with the committee’s investigation. Specifically, committee members criticized Garland’s lack of action against former White House chief of staff Mark Meadows — whom the committee referred to the DOJ for criminal charges months ago after he defied subpoenas and refused to answer questions from the committee.

The committee also announced a day earlier that they will recommend contempt of congress charges against former White House trade adviser Peter Navarro and former Deputy Chief of Staff for Communications Dan Scavino after their refusals to testify.

On Thursday, the Justice Department announced it had expanded its criminal investigation into the Jan. 6 Capitol attack to include Trump’s “Save America” rally immediately preceding the attack as well as members of Congress who may have been involved in the “planning or execution of any rally or any attempt to obstruct, influence, impede or delay” congressional certification of election results.

“They don’t have the power, independently, to [charge anybody with a crime],” Canon said. “They depend on the DOJ for ultimate legal actions. They can raise the public profile, they can bring attention, they can gather evidence as they’re doing, but ultimately, the actual legal proceedings are going to come from the DOJ.”

While Garland has yet to indicate any intention to criminally prosecute former President Trump or his associates regarding involvement in the Jan. 6 attack, any possible future litigation against Trump would require particularly incriminating evidence to be successful.

Internal White House records from Jan. 6, 2021 released by the Washington Post show a gap in Trump’s phone logs during the attack on the Capitol, despite a number of widely reported calls between Trump and other notable Republican figures occurring during this period. Canon notes that while the content of these calls remain unknown, they may ultimately provide the most crucial information in building a case against Trump.

“That’s why everyone wants to get access to those communications that happened in those critical seven hours on Jan. 6,” Canon said. “That could be where someone said, ‘You know that this is a legitimate outcome here. Joe Biden won the election, you told me that last week yourself!’ If we know he went ahead still trying to get people to overturn the results of the election and we have documented proof somewhere that he himself knew that Biden won the election, then you’ve got a case. But short of something like that, it’s difficult to prove that obstruction case.”

Still, not everyone believes criminal prosecution of former President Trump would constitute the best course of action, regardless of whether his actions broke the law. Craig Sautter, author and visiting professor at DePaul, notes that doing so may actually cause the U.S. more harm than good, arguing instead for constituents to determine Trump’s future role in U.S. politics.

“Generally, I think that it is a very bad idea to try any past U.S. president in a court of law unless he murders someone,” he said. “If we want to see the bitter political divide of our nation uncontrollably explode, then we should prosecute former President Trump. The voters should decide his fate.”

As both the House committee’s and the Justice Department’s investigations into Jan. 6 attack continue, Sautter argues that the highly politicized nature of both the attack and its aftermath will continue to create tense polarization over how best to handle criminal charges surrounding the insurrection.

“The idea of compromise — which is essential to democracy since there are always at least two sides to every issue — has vanished,” he said. “I doubt that either party is going to let up on this divide since it can help each side get re-elected in their own conclaves.”