“We’ve made it, all of us”: Ketanji Brown Jackson confirmed to Supreme Court 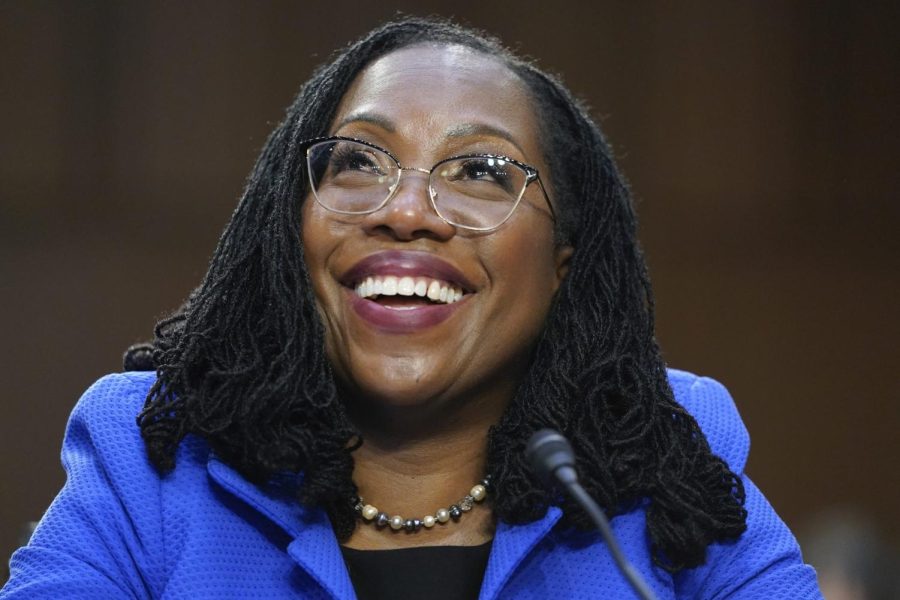 Judge Ketanji Brown Jackson made history on Thursday as the Senate voted to confirm her to the Supreme Court 53 to 47, ensuring that Jackson will become the first Black woman in U.S. history to serve on the nation’s highest court.

“It’s very significant,” she said. “So much of constitutional law — particularly civil rights law — were initially structured around kind of a Black-white binary, so I think it’s significant that we now have a woman on the bench who can speak from that perspective, and also the intersection of being Black and female.”

Jackson herself noted the significance of her confirmation during a speech at a White House event on Friday.

“I am the dream and the hope of the slave,” she said, quoting Maya Angelou’s poem “Still I Rise.”

“It has taken 232 years and 115 prior appointments for a Black woman to be selected to serve on the Supreme Court of the United States,” she added. “But we’ve made it. We’ve made it, all of us.”

Not only will Jackson become the first Black woman to reach the highest court in the land — her ascension to the bench will also mark the first time a former public defender becomes a Supreme Court justice.

Rivers notes that Jackson’s background defending those unable to afford legal assistance will provide a fresh angle from which the Court can analyze cases.

“I think it’s definitely going to bring a perspective that has not been present on the Court before, which is someone who has actually represented defendants from a public perspective,” Rivers said. “And so that on the Court is unique, and I think that’s going to be very valuable.”

Before Jackson served as a federal public defender, she served as a law clerk for three judges — including Supreme Court justice Stephen Breyer, whom she will replace following the Court’s current term. Gregory Mark, law professor at DePaul, suggests that it is likely she will take on a judicial role similar to Breyer’s, adding that her ideological leanings are not set in stone.

“In taking over for Justice Breyer, she’ll be very comfortable on that seat,” he said. “That said, Supreme Court justices sometimes end up defying predictions of where they will end up. One thinks about, for example, Justice [David] Souter — who ended up being more liberal — as well as Earl Warren. Some justices surprise you on the score.”

While Jackson’s rise to the Supreme Court is historic for the United States, Steven Greenberger, associate law professor at DePaul, suggests her addition to the bench likely won’t impact the Court’s ideological sway too significantly.

“The ideological division is established at this point,” he said. “If she were replacing one of the conservatives, then it would become more potentially significant, but I don’t think that the direction of the Court is going to change based upon her presence.”

As Jackson saw support from all 50 Democratic senators plus Republican Sens. Susan Collins (Maine), Lisa Murkowski (Ak.), and Mitt Romney (Utah), her confirmation was not unexpected. However, that’s not to say that the confirmation process wasn’t rife with bitter divisions across party lines.

Sen. Tom Cotton (R-Ark.) suggested on Tuesday that Jackson would have defended Nazis during the Nuremberg trials following World War II, citing four cases in which Jackson was assigned to defend detainees at Guantanamo Bay as evidence. Jackson responded by noting that “federal public defenders don’t get to pick their clients” as Cotton’s statements received widespread condemnation from Democrats.

On the day of the confirmation vote, four Republican senators — Lindsey Graham (S.C.), Jim Inhofe (Okla.), Jerry Moran (Kansas) and Rand Paul (Ky.) opted not to wear ties, barring them from entering the Senate chamber and forcing them to vote from the Senate cloakroom.

The Republican senators who did vote from the Senate floor didn’t stay for long, though — as Jackson was confirmed and Democratic senators applauded the historic moment, several Republican senators stood from their seats and walked out of the chamber in an act of defiance.

Greenberger notes that this bitter divide falls in line with the growing partisan split in U.S. politics at large.

“I’m not sure that it’s the process of confirmation that’s grown divisive as it is the political landscape of the country that’s become divided,” he said. “The fracture we see today among the body politic is remarkable by historical standards. We’re as divided virtually as much as we were at the time of the Civil War. This is something that I think is, unfortunately, characteristic of the political system as it exists currently.”

Rivers suggests that the ongoing bitter partisanship in Congress, coupled with Jackson’s identity as a Black woman, created the perfect storm for a particularly tense confirmation process.

“As the debates get more complex as you have more of these layers of identity that are represented by people who are being nominated, that makes for debates that are largely nonpartisan in ideology but that are very much connected to race and other aspects of identity,” she said. “That part becomes much more problematic, troublesome and disturbing.”

Rivers also pushes back against the idea that criticisms of Jackson’s nomination were “colorblind,” instead arguing that Jackson’s race and gender played an integral role in the partisan attacks made against her.

“Some might say that these debates are racially neutral, but most of us listening to this now that they’re not. There are racial dimensions to this and there are gendered dimensions to this. That part is different — that part is newer. But this sort of naked partisanship around these appointments has happened before. I do think that this is one of the historical moments where they’re at their most bitter in a long time, and that’s disappointing.”

Furthermore, Rivers rejects the notion held by both conservative pundits and politicians opposed to Jackson’s nomination that she was appointed solely because of her identity as a Black woman, noting Jackson’s long history in the U.S. judiciary.

“The constant insinuation from some members of the Republican Party in the Senate that she’s less qualified and appointed simply because she’s Black or simply because she’s a woman is so offensive, because that right there insinuates that Black people and women are not qualified to do anything,” she said. “We have an overly qualified woman, in many respects, relative to many of her new colleagues. I can’t say I’m surprised that this rhetoric came out, but it’s so incredibly and consciously wrong that these people are forced to ignore the obvious fact that she’s incredibly qualified for this position.”