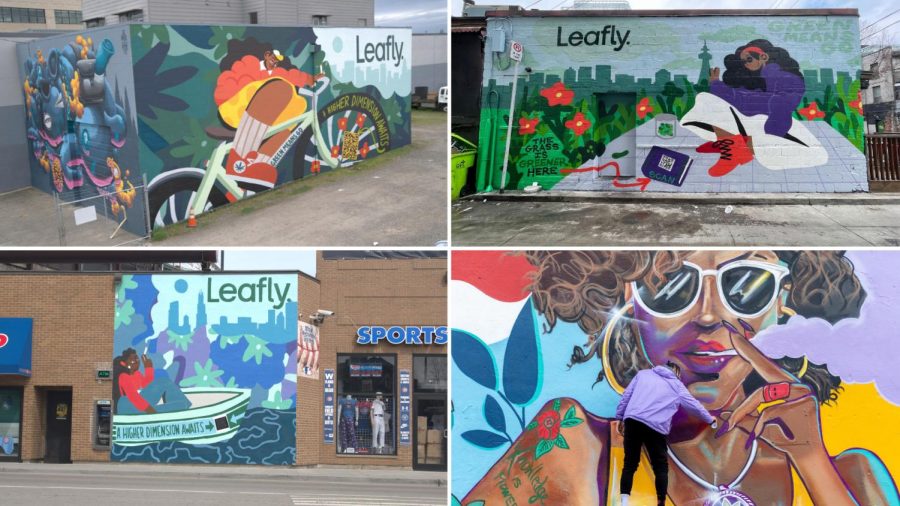 Leafly Celebrates 4/20 by Highlighting Cannabis as a Force for Good in Communities.

Illinois’ state law now acknowledges the harms endured by specific geographical communities statewide. The Cannabis Regulation and Tax Act compelled the creation of the mapping of areas most disproportionately impacted by the war on drugs. An individual’s eligibility for participation in the Illinois Adult-Use cannabis program, as a licensed business, requires the acquisition of competitive social equity related application points.

These social equity application points may be secured either as a product of an individual residing in a disproportionately impacted area (DIA), hiring individuals from a DIA or being arrested for or having a family member be arrested for eligible cannabis-related offenses.

The legalization and normalization of adult–use cannabis in Illinois must be understood and communicated in the best way to prevent additional harm to those most impacted by the war on drugs.

Social inequity has been inflamed by disparities in arrest rates and negative criminal justice outcomes in these specific geographical communities, especially those home to Black and Brown Illinoisians.

The question of equity in this emerging cannabis industry has been at the heart of advocacy by both activists and state officials. The recent public awareness of state sanctioned deprivations committed against America’s Black community, as described by certain Black Lives Matter activists, brings the demands for social justice and equity in cannabis to the forefront. These activists often assert the legalization of cannabis must benefit communities that have been targeted during the era of cannabis criminalization.

We must act as Saint Vincent De Paul and stand with those most impacted by these policies. Since 1937, unjust policies of prohibition have justified tremendous assaults on Black and Brown communities across the state. Many universities, including DePaul, have supported cannabis prohibition by excluding the drug’s discussion, squashing cannabis related scholarship, and enforcing punitively harsh campus cannabis policies.

Just as Saint Vincent De Paul provided food and medicine to suffering families, DePaul and those adhering to the Vincentian model of service should seek out those harmed by oppressive cannabis policies to bring them comfort through personal attention, access, advocacy, and the provision of economic resources.

We must also enlist the allyship of stakeholders across all bounds of stratification in the efforts to support the Illinois Cannabis social equity mandate found within the Cannabis Regulation and Tax Act.

The Cannabis Regulation and Tax Act clearly defines cannabis as the legal form of marijuana. Any term other than cannabis remains a classifier for a prohibited substance. A simple course of action we can all adhere to is dismissing the use of the term marijuana when discussing legal cannabis consumption or cultivation. The DePaulia’s persistent past use of the term ‘marijuana’ dismisses the decades of racist abuses and destructive policies associated with the term ‘marijuana.’ Conflating the terms marijuana and cannabis also presents such harm.

We must also act with great intentionality as we share depictions and images of those actively seeking a space in the Illinois adult-use cannabis licensed industry and cannabis non-licensed ancillary business markets. Currently, Black and Brown cannabis industry stakeholders, supporters and entrepreneurs are in a tremendous fight to stand up for social equity focused cannabis businesses in the face of blatant White male domination of the industry.

A failure to highlight Black and Brown industry stakeholders in outlets such as the DePaulia or on Radio DePaul contributes to the erasure of those most victimized by the war on drugs. Micah Crawford, a graduate student in DePaul’s Digital Communication and Media Arts (DCMA) program, a resident of a community disproportionately impacted by the war on drugs and business owner of Chill Haus Club, a cannabis accessory company, encourages media outlets to be “aggressively intentional in the promotion of nonwhite industry stakeholders.”

Imagery of Blackness, within popular culture, is often intertwined with depictions of criminality associated with the war on drugs. These depictions caused tremendous harm to individuals within Black communities. Equitable or meaningful representations of Black and Brown men and women within every sphere of the emerging cannabis industry must be intentionally pursued as a fundamental pillar of social equity.

Beyond media, equitable and meaningful representations of Black and Brown men and women in cannabis education and cannabis curriculum design must also be seriously promoted. Educational institutions asserting a social equity focus must have a knowledge of the role of race and gender in the emerging cannabis industry.

We must now wrestle with a choice between the traditions of the oppressed forefathers and the oppressor’s present way of business as usual. Postsecondary institutions and outlets must now proverbially reject the present way of facilitating the cannabis industry without a regard for social or economic equity. This choice must be made with the preservation and welfare of those most impacted by the war on drugs as a priority.