Will Russian officials be prosecuted for war crimes? It’s complicated. 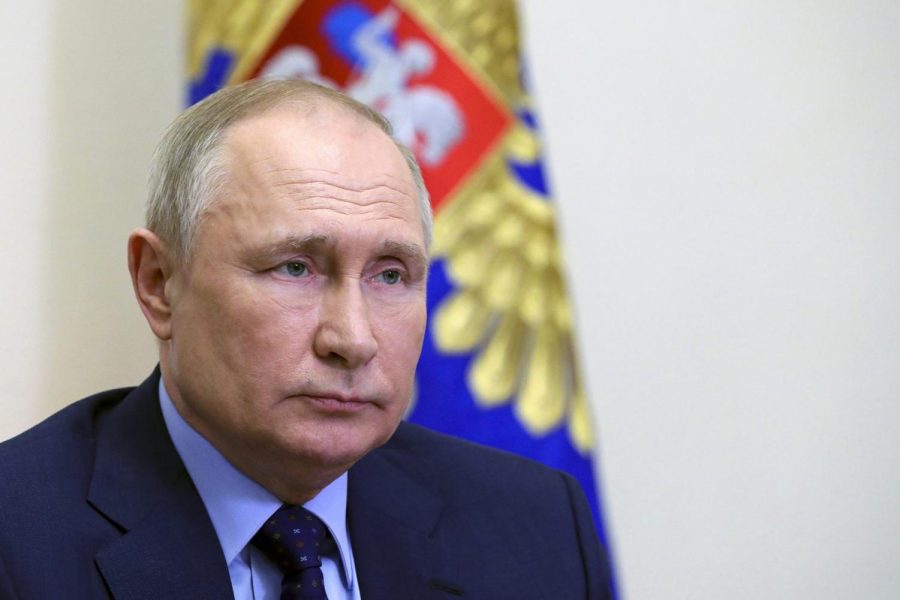 As investigators from a number of nations and organizations gather evidence in the hopes of building a case against alleged war criminals in the Russian invasion of Ukraine, questions loom over whether any of these efforts can or will be successful.

Tom Ginsburg, international law professor at the University of Chicago Law School, notes how far-reaching the classification of war crimes can be, adding that there has been ample evidence of such acts being committed by Russia during its invasion.

“Anything that is directed at a civilian — killing, torture, even extensive destruction of property beyond what’s justified by military necessity — taking prisoners of war and forcing them to do labor or bringing them out of the country, depriving any prisoners of war of their trial of you’re going to punish them — those are all war crimes,” said Tom Ginsburg, international law professor at the University of Chicago Law School. “And most of those things, we’ve seen plenty of evidence for [in Ukraine].”

Currently, a number of both national and international figures have accused Russia of likely committing war crimes in Ukraine. The Organization for Security and Cooperation in Europe released a report Wednesday classifying Russia’s attacks on civilians as war crimes. And President Joe Biden has called for a war crimes trial following the massacre of Ukrainian civilians in Bucha, even accusing on Tuesday Russian President Vladimir Putin of committing genocide on the Ukrainian people.

Despite growing international pressure to prosecute Russian leaders for their alleged war crimes, there are a number of logistical difficulties in doing so — most notably, it must first be determined where such lawsuits would be brought.

“When someone in Illinois, for example, breaks a law and is arrested, the criminal trial will be a court in Illinois,” said Sonia Green, associate law professor at UIC Law. “When it’s a war crime committed by people from a foreign country, it is harder to determine the tribunal that would have that power.”

First and foremost, the state of origin for alleged war criminals has an obligation to investigate and prosecute the accused for their alleged crimes. However, internal prosecution of war criminals in Russia currently faces long odds.

“Assuming you think there are Russian soldiers committing war crimes in Ukraine, then the first obligation will be on the Russian government to investigate and prosecute,” said Stuart Ford, law professor at UIC Law. “That looks extremely unlikely, given the current regime and a lack of an independent judiciary in Russia.”

In the likely event that Russia fails to investigate or prosecute for war crimes allegedly committed by its military, the next most likely judiciary authority typically goes to the country in which the crimes were committed or the country whose nationality was targeted — in this case, both instances being Ukraine. Ukraine’s prosecutor general has assembled a multinational team of investigators and forensic experts to collect evidence of violations for this exact purpose.

Still, without the ability to extradite accused war criminals, Ukraine has no way to enforce any ruling they make.

“The problem from the Ukrainian perspective is, of course, obtaining custody of any of the people who are alleged to have committed these crimes to the extent that they’re Russian soldiers and they’ve retreated to Russia,” Ford said. “The likelihood the Russian government is going to turn them over for prosecution in Ukraine is very, very small.”

If Russia and Ukraine are both either unable or unwilling to investigate and prosecute allegations of war crimes, jurisdiction would likely shift to one of two modes of international courts.

In instances such as the Yugoslav Wars and Rwandan genocide, the United Nations has formed special tribunals to prosecute war crimes specific to one specific conflict. However, because Russia is granted veto power as a permanent member of the UN Security Council — the body traditionally tasked with forming such a tribunal — the creation of one for Russia’s invasion of Ukraine is extremely unlikely.

What’s more likely is that jurisdiction would be handed to the International Criminal Court (ICC), a permanent international criminal tribunal seated in The Hague, Netherlands.

While neither Russia nor Ukraine are member states of the ICC, Ukraine has accepted the ICC’s jurisdiction over war crimes and crimes against humanity committed in Ukraine following Russia’s 2014 annexation of Crimea. On March 2, ICC Prosecutor Karim Khan announced that investigations into such war crimes had begun.

Despite having both legal jurisdiction and an ongoing investigation in Ukraine, the ICC’s lack of an enforcement body forces it to rely on cooperation with countries for any decisions to actually take effect. As such, the ICC cannot forcibly extradite any Russian accused of war crimes, striking a major blow to its ability to hold the nation’s officials accountable.

“Most of the defendants at the International Criminal Court have been warlords from small countries in Africa,” Ginsburg said. “Occasionally, there’s been an indictment of a sitting leader like [former Sudanese President] Omar al-Bashir. But even in that case, Omar al-Bashir isn’t in The Hague — he’s in Sudan, being protected by the military. So, in general, the difficulties are present even for relatively small countries. Now you’re talking about a global superpower — the prospect of success is pretty limited.”

Ford emphasizes that for the ICC’s decisions to hold any weight, member states must act to effectively strong-arm Russia into cooperating.

“The extent that the ICC is going to be successful is going to have to rely on NATO states like the United States, Germany, et cetera to apply significant pressure on Russia to coerce them or convince them that it’s in their best interests to turn over people who’ve been indicted to the Court,” Ford said.

If all previously mentioned means of prosecution fail, individual countries can attempt to prosecute alleged war criminals within their own judicial systems through a legal principle known as universal jurisdiction.

“Universal jurisdiction is the idea that for certain really egregious acts — genocide, torture, possibly aggression — any court, any country, anywhere in the world can choose to exercise jurisdiction over these crimes if the person who committed them is found there, even if that country has no connection,” Ginsburg said.

Currently, 11 European countries have opened investigations into alleged crimes in Ukraine with the possibility of criminal prosecution within their respective nations’ courts.

Despite calls from several world leaders for Russian President Vladimir Putin to face trial for his involvement in the invasion, it is extremely unlikely he will take the stand in any court of law — Russia does not appear to have any intention to extradite its highest-ranking official.

That’s not to say that no war crimes trials will occur over Russia’s invasion of Ukraine, though. As there is no international statute of limitations for war crimes, any individual accused of committing war crimes can be charged and prosecuted at any point in their lifetime, meaning offenders may eventually face accountability even decades from now.

“At the short term, the chance [of prosecution] is functionally as close to zero as I can imagine,” he said. “Medium term, it’s small but not zero. Long term? I think there’s a modest chance.”