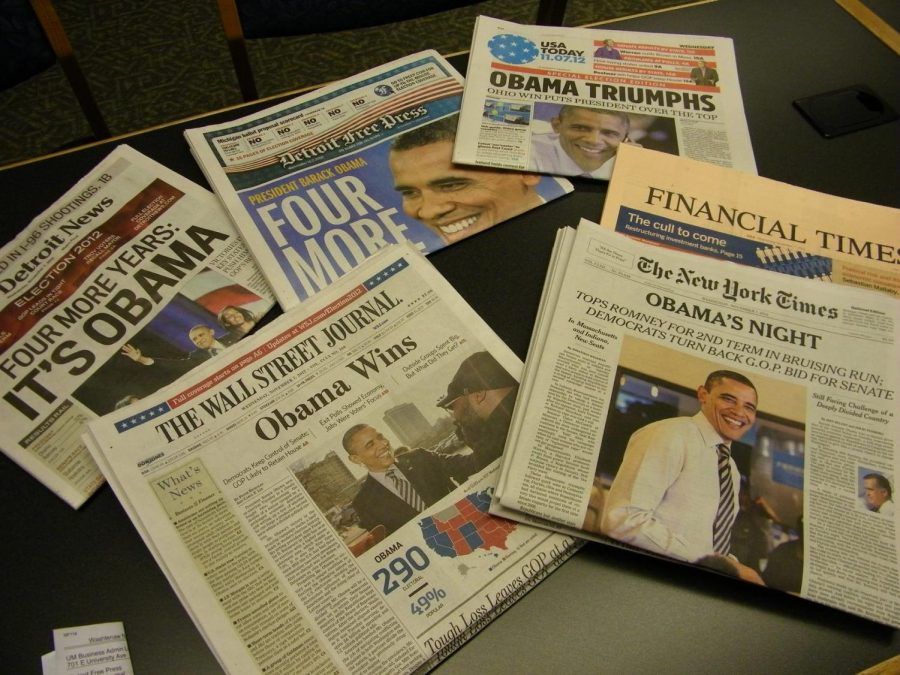 Newspapers have been making political endorsements for over a century, and have arguably influenced the outcomes of numerous presidential elections. Media endorsements are supposed to help readers choose the best candidate. But in this polarizing time, they may further increase the public’s growing distrust in the media.

Since the Chicago Sun-Times recently merged with WBEZ, claiming non-profit status, the publication will no longer be endorsing political candidates. This change was made because the Internal Revenue Code (IRS) prohibits non-profit organizations from participating in political campaigns. Although they will no longer be making endorsements, the Sun-Times Editorial Board said they are still committed to finding ways to help their readers make an informed decision while voting in the next election.

One issue with endorsements is that many readers aren’t always aware there is a distinct difference between the editorial board of a newspaper and the news division.

“I think we as journalists have failed to consistently educate the public about the difference between news and opinion,” said Carol Marin, the director of DePaul University’s Center for Journalism Integrity and Excellence.

If newspapers make endorsements, they should be informing the public of this distinction. Although endorsements are based on the investigative work of reporters, they are not representative of the entire staff’s beliefs, but only that of a select few editorial board members.

Because society has become politically polarized in recent years, the public has increasingly become more distrusting of the media. This is primarily because people’s trust in the media is dependent on the kind of media they consume.

“In a world where Twitter opinions, Facebook opinions, and cable stations like Fox and MSNBC aren’t really doing news, but they’re doing all opinion and commentary, I think we confuse the public about what a news person is,” Marin said.

When national, respected news stations choose to participate in political commentary instead of actual reporting, it naturally causes people to lose trust in the media. With endorsements, it is imperative you are clearly enforcing the separation of news and opinion so readers aren’t under the impression that what is covered is being influenced by the editorial board.

“If you’re going to [make endorsements], you’ve got to really make an effort to explain that the news side of the organization is not being influenced by the editorial board in terms of coverage,” Marin said.

“I don’t see editorial boards endorsing candidates as a bad thing, I think that’s actually a public service,” Hibbard said. “What I’m more concerned about is the way in which partisanship has crept in and is actually now affecting the reporting.”

I’ve been wrestling with the question of whether newspapers should be moving away from making political endorsements for the last week, but I have determined there isn’t a right answer.

As a reporter, it is our job to inform, investigate and report the facts to the public, free of personal bias or opinion. But if partisanship in the media is only serving to increase the public’s distrust in the news, then political endorsements may only be serving as catalysts for more distrust.

Previously, political endorsements were viewed as a public service and extremely useful for smaller legislative elections that are equally as important as presidential ones. Now, there is the possibility they serve to alienate half a publication’s readers by endorsing a candidate and therefore, a specific political party.

People are less likely to use a recommendation from a newspaper when choosing a candidate than in the past because of the accessibility of the internet and people’s tendency to favor one candidate over another solely based on the political party they’re affiliated with, according to Wayne Steger, a political science professor at DePaul.

“The biggest constraint on the media’s influence is simply people’s predisposition,” Steger said.

Despite these concerns, it is imperative we, as reporters, address the rising distrust in the media due to the spread of misinformation and misinterpretation of political commentary versus actual news. After speaking to multiple experts on this issue, I realized more people have a negative perception of the media, and hold an increasingly popular belief that real news is shrouded by personal opinions.

“We live in a very fragmented media environment these days,” Hibbard said. “It’s problematic for a functioning democracy. Part of the discourse in American society is undermined by the fact that people buy into different empirical realities and embrace different sets of facts as true.”

Whether political endorsements serve to help or harm newspaper’s reputations, readership, or income, if more publications choose to eliminate endorsements, it might aid in restoring the public’s confidence in the media once again.