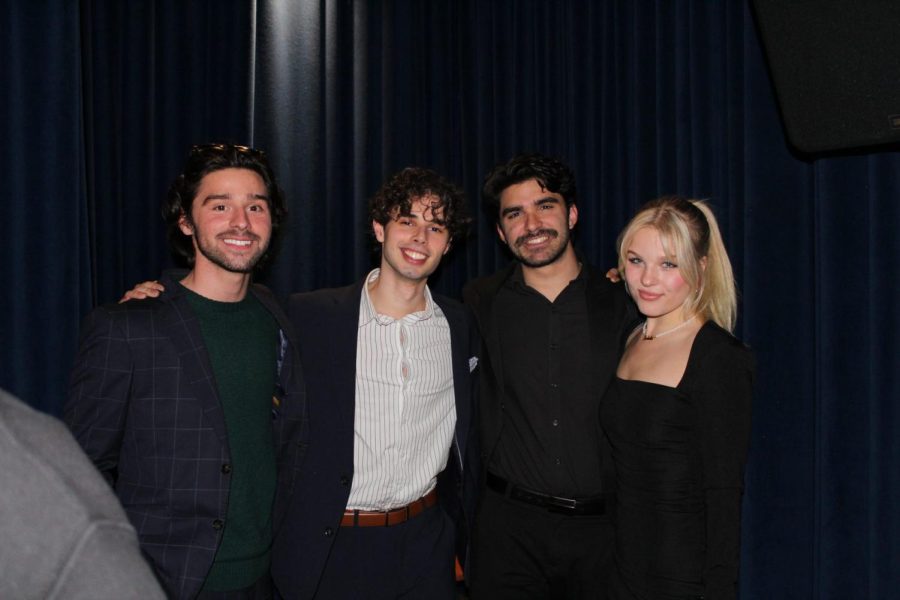 Centered around the power of comedy as a temporary antidote to life’s troubles, the short film offers poignant commentary for a generation riddled with the weight of uncertainty and anguish present from the recent years under Covid-19’s grasp.

Drawing influence from the likes of “Good Will Hunting”  and “Dead Poets Society,” the film is the host for a stand-up set that plays out in real time, performed by protagonist Sean Keating. Airing the deep grievances that brought him to his present state, lapsing from early childhood to adulthood, he masterfully draws laughter from the crowd with profound technique, despite the dark subject matter.

“There’s so much truth in the human pain, and I think comedians have such an amazing way of flipping it on its head and making us able to laugh,” said cinematographer and DePaul film sophomore, Enzo Goodrich.

“The things they’re talking about can be really disturbing and really messed up and really sad,” he continued. “But there’s always this way to spin it into something funny.”

Also holding the role of the film’s director, Celis described the inspiration behind the piece.

“The mask of comedy is something that has always existed, and I think now is an era where it exists more than ever,” he said. “That’s not a bad thing. I feel like that’s not a bad thing at all. It’s just a means of coping that’s really interesting to me.”

Choosing to focus specifically on the lens of a stand-up was a team decision, as DaVinci producers felt they truly connected on their love for the medium. In fact, they

Celis, a founding partner, said “’Make Em Laugh’ is  my way of trying to look at universal things through a very narrowed scope.”

He insists the film is vastly relatable to anyone who has used their personal art form as a distraction from reality.

The DaVinci company was founded on creative expression regarding tough-hitting subjects, ranging from loss to addiction to domestic abuse. Bringing in the contrast of comedy adds an entirely new level of depth to  their already-established roster of films.

“I’m so proud of the project we created, and I’m  so confident in it — I’m so happy to [finally] show it to  people,” Goodrich said of the premiere.

“Make ‘Em Laugh” is available now for free viewing on  the DaVinci Street Productions YouTube channel. Their  next film, “Hear My Plea,” is set to be released this  summer.