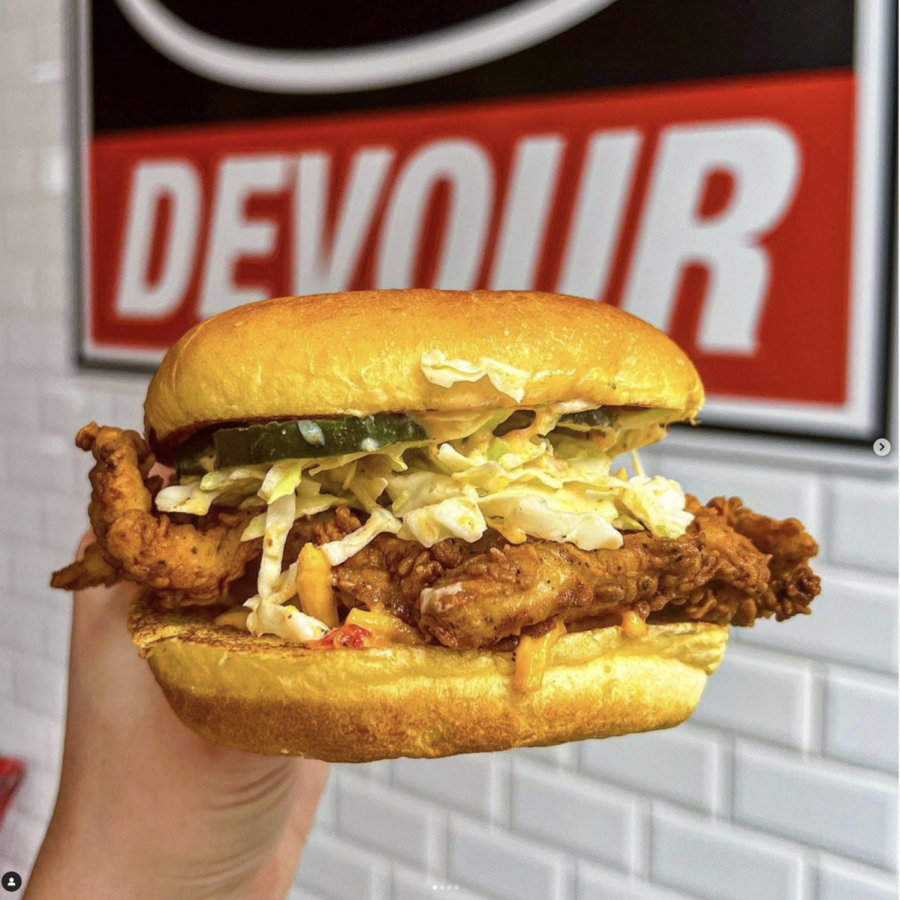 When Bailey McGuire created her “Hangry Chicago” Instagram account in 2017, she never saw it as a career move. It was simply a fun place to store food pictures during nights out with friends or lunches at Lula Cafe with her parents.

At the time, she had recently graduated from DePaul University and landed her first job at a PR agency focused on serving clients in the hospitality industry.

“While I was figuring out what to do with my life, I just started posting,” McGuire said. “I didn’t give it much energy. I used it more as a job portfolio to prove to employers that I could build a small following.”

The pandemic began just three years later, and her company started to lay off employees. She was unemployed for eight months and knew it was time to shift focus by taking her content more seriously.

“I didn’t think I would be able to get back into the hospitality world because things had changed so drastically,” she said. “I remember thinking that this [account] is really the only thing I have right now.”

By expanding her brand to different social media platforms, like TikTok, McGuire’s accounts saw huge growth. She now has a total follower count of 190,000 across all platforms and hundreds of posts featuring the city’s best food.

McGuire is among thousands of young digital creators choosing Chicago as their background for content creation. Many social media influencers move to Los Angeles or New York City to grow their brand, but unlike these cities, Chicago provides an unsaturated market for those seeking a career online.

Ren DiNino, born and raised in northwest Indiana, graduated from Purdue University in May of 2020 and headed straight to Chicago. While working full time in research and development for The Kraft Heinz Company, DiNino began posting TikToks to document her new explorations in the city.

These short, “diary-like” videos opened an entirely new door for her career. One day, after posting tips on how to find an apartment in the city, Compass Real Estate reached out to her with an opportunity to become a leasing agent.

Now, when you look in DiNino’s TikTok bio, you’ll see a link to a Google Form. Followers in the market for a new home can fill out a short questionnaire, and she sends new listings that match their preferences. If they end up signing with one of the buildings, DiNino makes a commission.

“It was never something I envisioned doing as a part-time job,” DiNino said. “I’ve been able to emerge myself in the real estate business all because I posted a video expressing that I liked apartment hunting.”

As new residents in Chicago began to follow her, so did businesses. Restaurants all over the city reached out to DiNino with invitations to come dine over the weekend in exchange for a post about their establishment.

“I love being able to connect with the community through these places. Some businesses don’t have means for advertisement yet, especially if they’re new, so I try my best to inspire my followers to go check them out,” DiNino said.

These types of connections are crucial for influencers in Chicago whose content relies on partnerships. Still, there is pressure for the content to perform well from both the creator and the business.

“These local restaurants are investing in us and our content because they think it’s going to help support them,” McGuire said. “There’s a level of stress that goes along with that. I think the perception is that it’s easy and stress-free work, but at the end of the day, it’s impactful.”

Due to the creative nature of this work, there are a number of different approaches to filming and editing footage. Each influencer works to build their aesthetic in an effort to differentiate themselves online.

For Sabrina Waryjas, owner of the “Sabrina in Chicago” Instagram account, culture and upbringing are the driving forces behind her content. While growing up in Guarulhos, Brazil, she dreamed of living abroad one day.

That dream became a reality in 2019 when she accepted an international exchange offer to Chicago. Her love for the city was immediate. After working multiple jobs for several months, she saved up enough money for a computer and camera and began posting about her personal journey on social media.

“I saw an opportunity to be the eyes of Brazilians who are watching and going through the same thing I went through,” Waryjas said. “They have a dream and need to see that it’s possible to set foot here one day.”

She gained over 10,000 followers in less than a year, and her content quickly evolved to feature travel tips and the history of Chicago.

“I spend between two to three hours a day looking for trends, a couple more hours editing and at least 18 hours a week recording on the street,” Waryjas said. “All so I can have content to post almost every day.”

Waryjas is passionate about spreading awareness around the importance of the Brazilian community to U.S. tourism. In addition to posting online, she hosts a daily show on Radio Florida Brazil, one of the largest Brazilian stations in the U.S.

Lately, her content has focused on visiting small businesses in different neighborhoods, from Spam fries in Lincoln Park to face mask bars in West Loop. She’ll capture the interior of the restaurant or shop, show her purchases and offer her overall review.

“I research a lot about the places and find out what makes it different,” she said. “I talk ahead with the owners to understand how I can help authentically create awareness about their business. I really like to think I am now a part of the community.”

The community-oriented aspect of this industry is what appears to be the driving force behind creators in this city. They not only see it as a side hustle, but also a way to connect with the place they now call home.