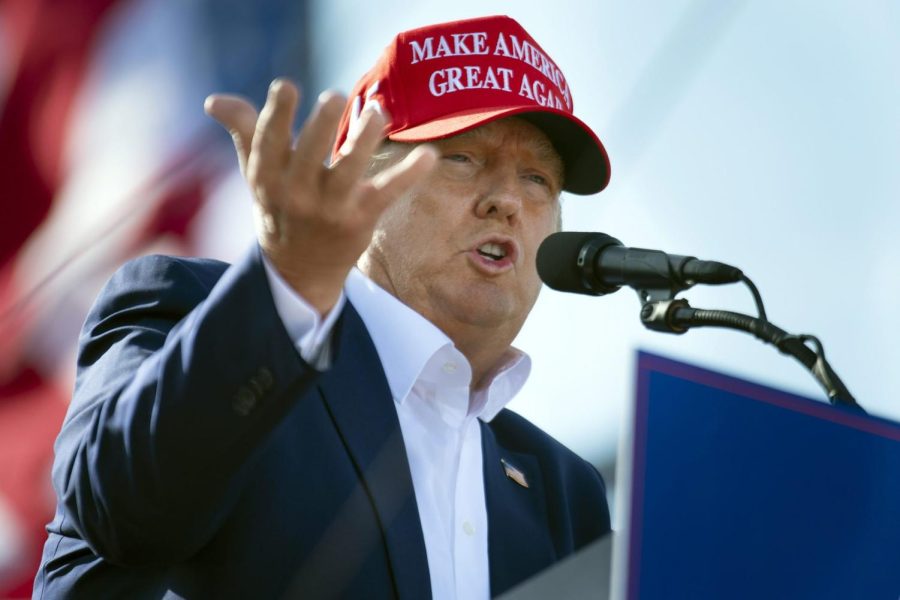 NEW YORK (AP) — As a federal judge weighs Donald Trump’s lawsuit seeking to halt a civil investigation into his business practices, a lawyer for the New York attorney general’s office said Friday that evidence found throughout the three-year probe could support legal action against the former president, his company, or both.

The lawyer, Andrew Amer, said at a hearing in Trump’s lawsuit against Attorney General Letitia James that “there’s clearly been a substantial amount of evidence amassed that could support the filing of an enforcement proceeding,” although a final determination on filing such an action has not been made.

Amer, a special litigation counsel in James’ office, said the office is “nearing the end” of the civil investigation, which James has said uncovered evidence Trump’s company misstated the value of assets like skyscrapers and golf courses on financial statements for more than a decade.

Trump, a Republican, is seeking an injunction to stop the civil investigation. James, a Democrat, has filed a motion to dismiss the lawsuit. U.S. District Judge Brenda Sannes said she would consider both requests and deliver a decision in writing. She did not give a timetable for a ruling.

Trump sued James in federal court in upstate New York in December after her office issued subpoenas requiring him and his two eldest children — Ivanka and Donald Trump Jr. — to answer questions under oath. A state appeals court heard arguments Wednesday as the Trumps seek to reverse a lower-court judge’s ruling enforcing the subpoenas.

Habba argued at Friday’s hearing that James was investigating Trump to make good on promises she made during her campaign for attorney general in 2018, using the office to harass him and his company with myriad subpoenas and evidence requests.

Amer countered that the investigation is on solid legal ground, noting that the state judge overseeing legal fights over subpoenas issued by the attorney general’s office has found there is a “sufficient basis for continuing its investigation.”

Trump’s appeals could further delay the end of the probe. The mid-level state appeals court that heard arguments Wednesday in Trump’s testimony fight isn’t expected to take up his appeal of a recent contempt-of-court finding until the fall.

Judge Arthur Engoron agreed Wednesday to lift the contempt finding and a $10,000-a-day fine for being slow to respond to James’ subpoena for documents and other evidence if Trump meets certain conditions by May 20. Those include paying $110,000 in fines racked up so far, and submitting paperwork detailing efforts to search for the subpoenaed records and explaining his and his company’s document retention policies.