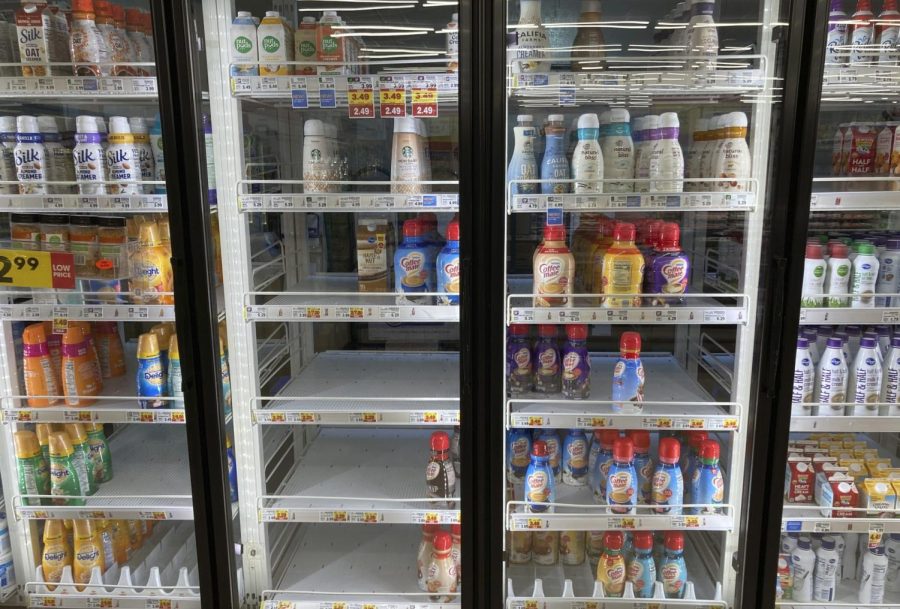 As grocery and supermarket prices have risen, pandemic-era government programs have expired, making around 14 percent of Chicago-area residents food insecure, according to a Northwestern University study.

Food-insecure DePaul students may be out of luck with continued inflation, an ongoing pandemic and now empty shelves at DePaul’s food pantry.

The food pantry, located on the 1st floor of the Lincoln Park Student Center in Room 107, was started in Feb. 2020 to provide food resources for students in need. Since then, it’s also expanded to non-food offerings, including professional clothing and toiletries. The pantry works with Chartwells and the Lincoln Park Whole Foods to supply food.

However, the recent Whole Foods closing has thrown off the pantry’s offerings and may further limit students’ options.

“The pantry has been empty since Whole Foods closed,” a student who regularly visits the food pantry and wished to remain unnamed said.

DePaul’s food pantry is open Mondays, Tuesdays and Fridays from 9 a.m. to 9 p.m.

“[The Whole Foods] donate[s] generous amounts of food weekly to our pantry,” Rick Moreci, director of housing, dining and student centers, said in January. “Our relationship with Whole Foods is pretty new, but so far it is going really well.”

Food insecurity in part brought on by the pandemic, remains an issue as grocery prices have skyrocketed.

In March, the United States Department of Agriculture released an update to its Food Price Outlook for 2022 and found that nearly every food item is going up in price — in addition to the price increase consumers have already experienced.

“All food prices are now predicted to increase between 4.5 and 5.5 percent,” the USDA’s Economic Research Service explained in the report.

At the same time, many government aid programs that helped people get food and essential supplies have expired. Sophie Milam, vice president of public policy and advocacy for the Greater Chicago Food Depository, noted the monthly payments some families received as part of the expansion to the child tax credit ended last year.

Outside of DePaul, high grocery prices may also be affecting operations of food pantries.

Tony Fuller, director of finance and operations at A Just Harvest in Rogers Park, said the number of people his pantry serves fluctuates depending on the time of the month, because many people receive some kind of government assistance that runs out towards the end of the month, boosting their attendance in the last week of the month.

In the Chicago area as a whole, a study from Northwestern University showed more than 14 percent of households struggle with food insecurity. Families with children were also more likely to experience food insecurity, the report said.

Fuller said numbers skyrocketed during the pandemic when lockdown went into place. People lost their jobs and feared for food shortages, so they turned to food pantries.

During that time, he said they started a grocery delivery program, which has been very successful.

“We found its an untapped [market] in terms of seniors who are unable to leave their homes,” Fuller said.

Estimated food insecurity rates for 2021 are an improvement from 2020, according to Feeding America, but they’re still higher than pre-pandemic times. Record unemployment rates and school closures have made it difficult for families in the area to afford food.

Despite supply chain issues plaguing the grocery industry, food pantries generally aren’t having too much trouble keeping food on the shelves or serving everyone.

The primarily donation-based model means they’ve always had to be adaptable when it comes to their offerings — now, perhaps just a little more so.

“We’re always having to be flexible, so it’s mostly about always having a range of different resources, and being in communication with different folks to get resources. Having been around for such a long time, we’ve developed a massive network.”

“Families are feeling the impact on multiple fronts,” Milam wrote. “The problem of food inflation is made worse by the fact that other weekly and monthly expenses like gasoline, household energy, and household cleaning products are also soaring, especially gasoline.”

With prices, food pantries have to stretch their dollars, just like the people they serve.