The return of My Chemical Romance 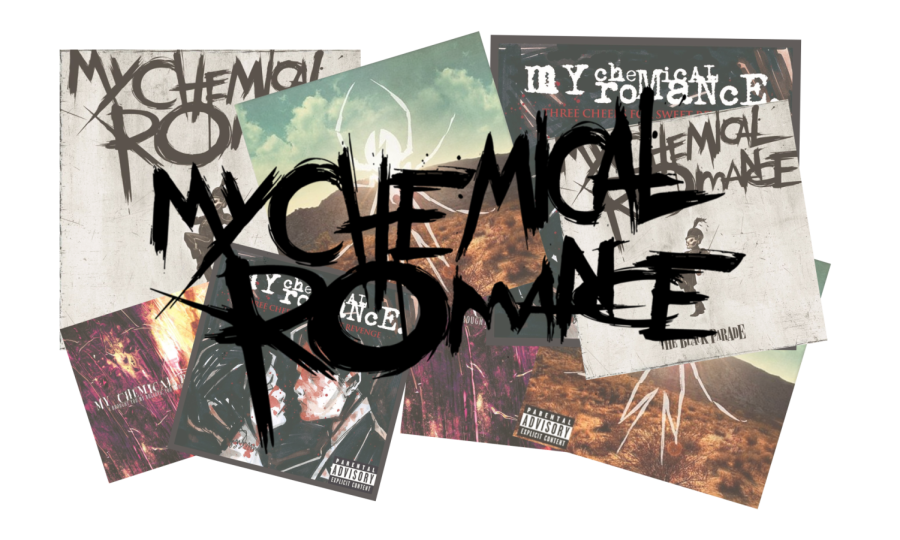 Last week, My Chemical Romance surprised fans by quietly releasing “Foundations of Decay,” their first high-profile release since their 2014 “Fake Your Death” release.

During the eight years between the band’s 2013 breakup and 2019 reconciliation, many fans were surprised to see My Chemical Romance officially back in action.

Despite the band’s tightlipped behavior regarding releasing new music, “Foundations of Decay,” embodies the taboo qualities that made the genre of emo famous guaranteeing to connect with both longtime and new listeners.

Within the six-minute single, lead singer Gerard Way’s gritty vocals and nostalgic blend of emo chords and percussion are highlighted, acting as a welcome return to the familiar sound that defined the early 2000s.

“MCR was a band that I grew up with and probably the first band I would have called myself a ‘huge fan’ of. They will always have a place in my heart. There will always be a part of me cheering them on,” Magel said.

Since the band’s establishment in 2001, they have released over four studio albums and over 90 songs, covers and demos.

As for My Chemical Romance’s latest release, Magel praises the band’s decision to keep their iconic sound and jagged themes of aging and the unstoppable passage of time.

“I think it reminds me a lot of the older stuff they put out. Not to “deconstruct” the music or anything, but I feel like it goes well with the sound they had made,” Magel said. It kind of made me feel like I was living in my childhood again, running around my house with earbuds in singing along.”

DePaul junior Kaitlyn Milligan articulated a desire for the band to maintain the angst-ridden ambiance that so many fans have grown to love.

“I hope that they keep their emo atmosphere as that is how they grew their fan base and that’s why so many of us love MCR because they are so emo. Plus, by keeping their old brand it will feel more nostalgic which I like with music,” Milligan said.

Although “Foundation of Decay” is the band’s first launch in almost a decade, it has been anything but a disappointment. Reeling in over 6 million streams in under a week, the single’s success proves My Chemical Romance’s fans remain just as loyal as they were in 2013.

“While I think that “Foundations of Decay” is not their best song, it is not an awful song either,” Milligan said. “I felt that the beginning of the song sounded like any other generic alt rock song, but the later part of the song sounded like older MCR which I appreciated a lot as it took me back to listening to their older albums. I just really like how the last part was edgier and rawer.”

DePaul freshman Kyle Duke explained what elements of the song stood out to him the most.

“It has that classic My Chemical Romance sound, with loud, emotional guitar chords layered with Gerard’s almost whiny vocals,” Duke said. “It feels like emo pop-punk squished with parts of contemporary hard rock.”

Before their split, My Chemical Romance managed to encapsulate a different modulation in each of their four albums, from the cemented emo, post hard-core sound of their first major release, “I Brought You My Bullets, You Brought Me Your Love,” to the gothic cathedral harmony of “Three Cheers for Sweet Revenge.”

“The chorus is catchy as hell like always and the outro is brutal,” said Duke.

While it is difficult to predict when My Chemical Romance will release more music, it’s more than evident that they will always have the fan base to rely on, no matter how many years pass.