Normalization of Fatphobia: Commentary from family members affect us more than they realize 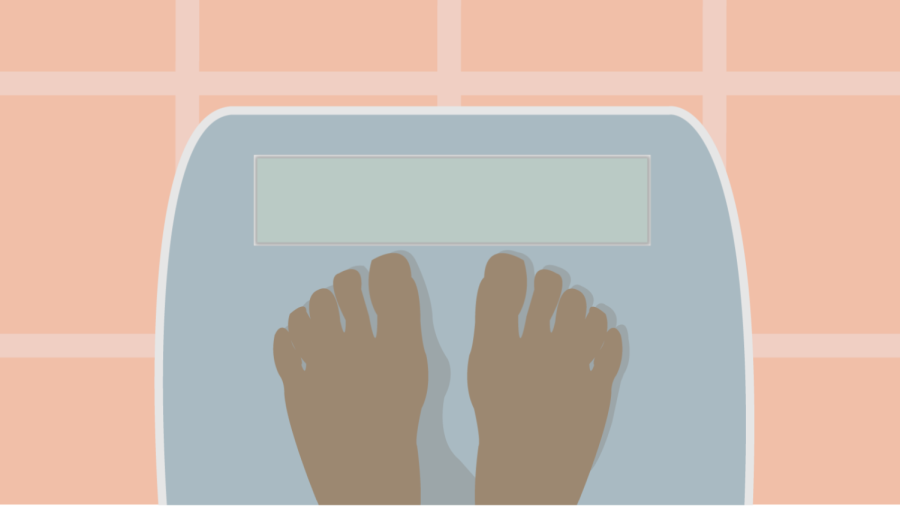 Fatphobia is the fear of fat and obese bodies; many Latinos have normalized commentary about their families bodies, lifestyle, what they eat, the amount of exercise they do and how they dress. But some do not realize how these comments affect their mental health and how they can create bad eating habits for some people.

“This is a brutal stigma and it is also normalized; people take for granted that these discriminatory practices towards fat people are normal and justified,” said Alejandra Oyosa, a feminist and anti-fatphobia advocate told The LA News.

played a role in her own upbringing.

“When my older sister was younger, she was quite thin so my grandma would insist on feeding her a lot because she thought she ‘looked sickly,’” Ramirez said. “My sister and I have grown up with those comments in our head and knowing that other people are observing how we look and judging us for it, makes us hyper aware of that.”

There are many ways fatphobia starts in a family but one of the main reasons is generational trauma; trauma experiences endured by family members, causing psychological and physiological effects that are generationally passed down.

“I think fatphobia in Latino culture is most definitely a generational trauma experience,” said former DePaul student Ava Solis. “It can go one of two ways; younger generations can overcome that negative experience and try to prevent it for future generations by being more open minded or not making body image a key part of a child’s life, or they will unfortunately fall into the circle and contribute to the negativity.”

Fatphobic remarks not only derive from your parents, but also aunts, uncles, friends and families can make comments because they assume that it will help you out in the long run. They also make these comments lighthearted or like it’s a nice piece of advice. My mom has a bad habit in trying to sugar coat her comments about my body, asking if I want to get a personal trainer or start pushing me to get into juice cleanses.

“The Latin culture is not like ‘oh no you look so fat’ — it is pretty smooth and they criticize,” said Colombian psychologist Victoria Quintero. “Sometimes you think they are criticizing you because it is polite and say those things are not fitting anymore and say not to worry. I’m going to help you get skinny so I’m going to buy you pills or tell you what not to do or eat because it will make you get fat… It sounds like love words, but of course they are not worried about your health, but more of how you look.”

It is very common to reflect fears onto your own family. Many comments about your appearance can be reflected towards others when it’s something you fear or the changes you wish you could go through, and they push these ideas of having a specific body time and image. The normalization of these negative comments are reflected by one’s own insecurities.

“What I’ve learned based on my family is that the people making these comments are reflecting their own insecurities and pinning them onto you,” Solis said. “Being fat is not a bad thing whatsoever and modern day beauty standards are far beyond unrealistic. It is normal to have body fat and there is nothing wrong with enjoying your food and eating whatever you want.”

Many families do not realize the problems that they can cause with comments on people’s physical appearances. They assume that being fat is because people are lazy and not the possible health issues that some can deal with. I personally have been struggling with a hip impingement for three years and my parents overlooked my injury since they thought I was just being lazy.

Quintero says that this is the case with her cousin from Canada, who routinely faces judgment from her family about her weight. Her aunt would make cautionary comments about the kinds of food she ate.

“Here, the food will make you fatter if you don’t protect yourself,” Quintero said. “She started her diet and it was difficult for her because they ignored that she could have other issues that might affect her body. For example metabolism issues and thyroids, and they would think that the solution would be to use waist trainers, taking pills, and eating less.”

It is very difficult to identify what problems are the root of fatphobic remarks, but we can see how it is something very normalized in Latino culture. Family members often think their comments are helpful. There is usually not bad intention behind it, but with time it can affect many people’s mindset and create a divide between their relationship with food and one’s body.

“Your beauty and worth isn’t determined by others’ view of your body or eating habits,” Ramirez said. “You are in charge of yourself and yourself alone, so don’t let anyone else influence you in a negative way.”