Some movies are better off as classics 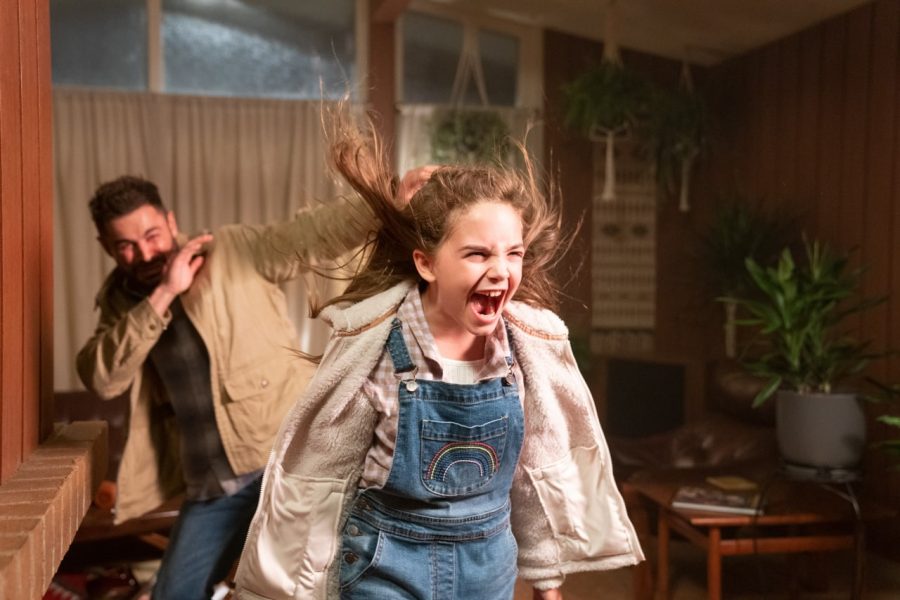 Zac Efron and Ryan Kiera star in a scene from the "Firestarter," released May 13.

Chicago’s Pullman neighborhood is lined with brick buildings, privately owned row houses and shops with Queen Anne’s style architecture and Romanesque arches. A small preservation of Chicago’s history, its housing stands as it did originally in the late 1800s.

It’s a different story for its heavy industrial sites, no longer suitable for the community.

On March 29, Gotham Greens, a company planting urban greenhouses, announced major greenhouse expansions in key growth markets across the U.S. This is their third time expanding in Chicago as they aim to increase their production of local food in their unconventional spaces.

New facilities will be built in Texas, Georgia and Colorado, and they will expand existing greenhouses in Chicago’s Pullman neighborhood and Providence, Rhode Island. It will double the size of its greenhouse capacity from 600,000 square feet to over 1.2 million square feet in 2022, which is equivalent to 20.83 football fields. With increasing operational capacity and expanded footprint in Chicago, they can increase and expand production of fresh salad greens, herbs and fresh food products and have space for research and development.

They are also expanding in areas particularly impacted by climate change, opening a greenhouse for sustainably grown greens in California last year. California alone accounts for 11.62 percent of the national total market values of agricultural products, based on the 2017 Census of Agriculture.

“As we see more and more of the Southwest and Central Valley experience this severe drought, we won’t be able to rely on them as much, so we have to get produce from somewhere,” Willard said.

Gotham Greens’ first expansion outside New York City was located on Chicago’s South Side in the Pullman neighborhood in 2015. The greenhouse of nearly two acres is located on the rooftop of Method Products manufacturing plant in Pullman, at 900 E. 111th St. In 2019, they expanded further in the historic Pullman neighborhood, building a 100,000 square foot facility to continue servicing the Chicago area and greater Midwest region.

Gotham Greens chose Pullman for a reason. According to their website, “Gotham Greens is proud to be contributing to the economic revitalization of the historic Pullman Park district.”

Pullman was the first industrial planned community in the U.S., created by George Pullman in 1880. They built factories and homes specifically for the employees of Pullman Palace Car Company. Pullman purchased 4,000 acres for its town and factory between Lake Calumet and the Illinois Central rail line to serve the steel and rail manufacturing industries.

It was filled with practical and aesthetically pleasing architecture and provided sanitary and orderly towns for Pullman’s skilled workers and their families. Pullman closed its local plant in 1955, resulting in a population decrease. It’s the only Chicago neighborhood that has both state and national landmark status. Now, the industrial neighborhood has shifted to meet present needs.

Jane Baxter, associate professor of anthropology and department chair at DePaul, began conducting archeological digs in the Pullman area in 2005, and is a Pullman resident. She relates the neighborhood’s history to its current form.

“It’s kind of like a 21st century local economy. The industrial past situated the area in a way for it to be sensible in the present and companies are taking advantage of that,” Baxter said. “It’s hard to say land is valuable when no one has wanted to occupy it for 50 years. You can come in and build something that’s profitable.”

The emergence of Gotham Greens in Pullman was facilitated by Chicago Neighborhood Initiative (CNI), a group that’s committed to long term revitalization of the historic Pullman neighborhood.

“Gotham Greens is kind of a non-presence that’s part of this whole transformation, but I wouldn’t say it’s changed the economic portions of the neighborhood. Alone it’s not a driving force that has changed the way people live in Pullman,” Baxter said. “This is possibly one part to change the lives of Pullman residents, but it’s not revolutionizing.”

“Historically manufacturing and industry could employ a lot of people and could support an entire ZIP code. They can’t do that now at the same rate…Any kind of manufacturing brings in other business that are important,” Baxter said. “It’s part of a slow process of revitalization and a really positive part of it.”

According to the City of Chicago Department of Planning and Development, the goal of the project was to “facilitate construction of a new industrial building on a long vacant property, creating jobs and eliminating blight.”

“There are people in the neighborhood who seem really happy to be working at Gotham Greens,” Baxter said. “I think they are providing great local food through as many outlets as they can.”

“Gotham Greens’ seedlings, from gorgeous lettuces to delicious herbs, are distributed to partner organizations like ours,” Laurell Sims, Urban Growers Collective co-founder and CEO, said. “We grow these seedlings at our seven urban farms in Chicago, totaling 11-acres of production, to feed customers on the South and West-Sides of Chicago,” according to Gotham Green’s website.

Gotham Greens is not only altering the surface of Pullman but also reshaping nontraditional farming.

“I have no doubt many of these companies are aware of their footprint and do everything they can to reduce their energy usage, but growing indoors is pretty intensive year-round so it’s going to be more of a challenge to reduce your environmental footprint, and carbon footprint in particular, Willard said.”

Their first greenhouse in Chicago is LEED (Leadership in Energy and Environmental Design) Platinum certified. This means they have earned the highest designation under the certification granted by the U.S. Green Building Council for “adhering to prerequisites and credits that address carbon, energy, water, waste, transportation, materials, health and indoor environmental quality.”

“I think Gotham Greens demonstrates our similar values through showing the technological aspect of it,” Dziaba said. “They have their social initiatives too versus we do it on a much smaller scale to show our DePaul community.”

Gotham Greens also became a certified B corporation in 2021, undergoing a third-party audit of all practices ensuring the highest possible standards of social and environmental performance, public transparency and legal accountability.

“We need to be wise about the conditions that produce is being produced in,” Willard said. “Just because it’s local doesn’t mean it’s going to be an environmental benefit or that it’s being grown in an environmentally efficient way.”

“…That frustrates me… you have to consider the packaging. People so desire an immense amount of convenience that they are willing to just continue to use these plastic packages for produce, which I think is ridiculous.”