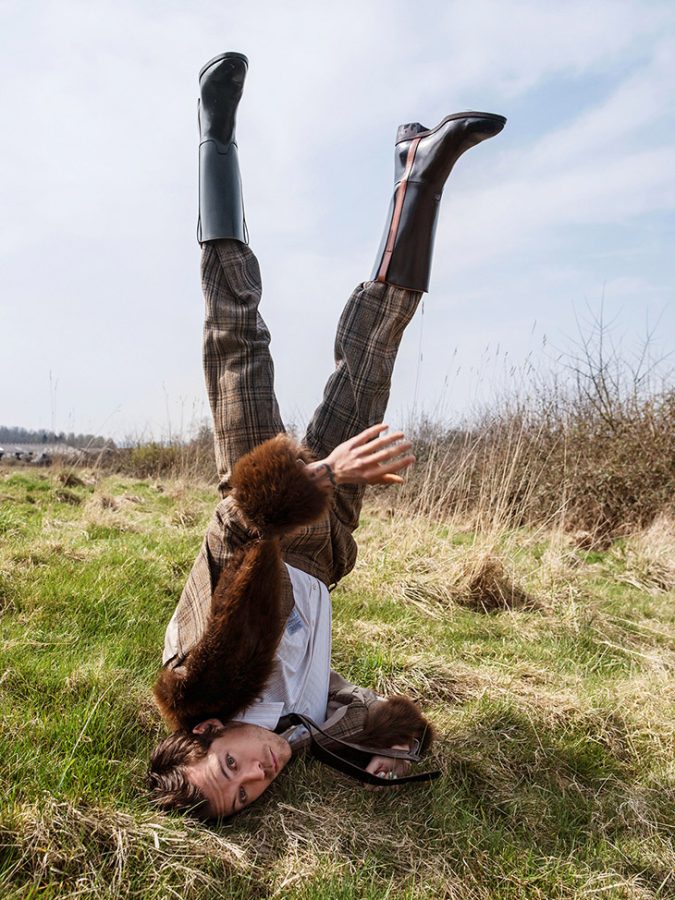 Harry Styles comes in heavy as he pours his heart out in “Harry’s House,” his third solo studio album. It also has become the fastest selling album of the year so far, according to Official Charts — and for good reason.

Throughout the album, we hear Styles go through the various moments and emotions of love. We get the slow and subdued aspects of love while also getting the upbeat, ecstatic parts. The name of the album fits perfectly as each song seems to encapsulate what Style would play in his home.

The album kicks off with “Music For A Sushi Restaurant.” The bass guitar has a consistent presence throughout the song, which I thoroughly enjoyed. During the chorus, or the music break, the drums go from ear to ear if you’re listening with headphones. The overall vibe was a very soft psychedelic; imagine pastels and flowers.

“Late Night Thing” features the subdued vibe I mentioned earlier as it’s a bit calm and slow. The late night theme deals with him and his love speaking all night and they continue until morning. Styles sings, “We’ve been doing this // late night talking // ‘bout anything you want // ‘til morning.” The song perfectly encapsulates the mood of speaking with someone you love through the late hours of the night and early hours of the morning.

Following the late night talks, we hear Style count down into the piano drum of “Grapejuice.” A pop-funk perfection reminds me of the peak of Tumblr for some reason. Style sings about drinking “a bottle of rouge” while being in a garden with the one he loves; he speaks about the places they’ve been together. “Grapejuice” has Styles reminiscing about the special places he shares with his loved one while picnicking.

A song that personally resonates with me has to be “Matilda.” Style sings about someone named Matilda who has grown up in a toxic environment. Sometimes, they feel guilty for moving away from their family and specifically, they feel guilty about not inviting Harry to a party. Styles reassures Matilda and validates her feelings: “You can let it go // You can throw a party full of everyone you know // And not invite your family, ‘cause they never showed you love // You don’t have to be sorry for leaving and growing up.”

The closing track is “Love of My Life,” which puts the cherry on top in regards to the whole album. Throughout “Harry’s House,” Styles pours his heart out to his love — but in this song, he sings about letting go of that love. He shows regret for leaving the love of his life behind. Styles looks back on his life and he realizes how much he loved this person and he can’t believe that he let this person go out of his life.

“Harry’s House” features a 13-song tracklist that have various Instagram-ready lyrics. Styles dedicated the entire album to showcasing his love while experimenting with pop-funk and synth-pop as well as incorporating R&B. Styles continues to grow throughout his time as a solo artist and “Harry’s House” shall be another stepping stone in a positive direction.