“Top Gun: Maverick” is a Triumph 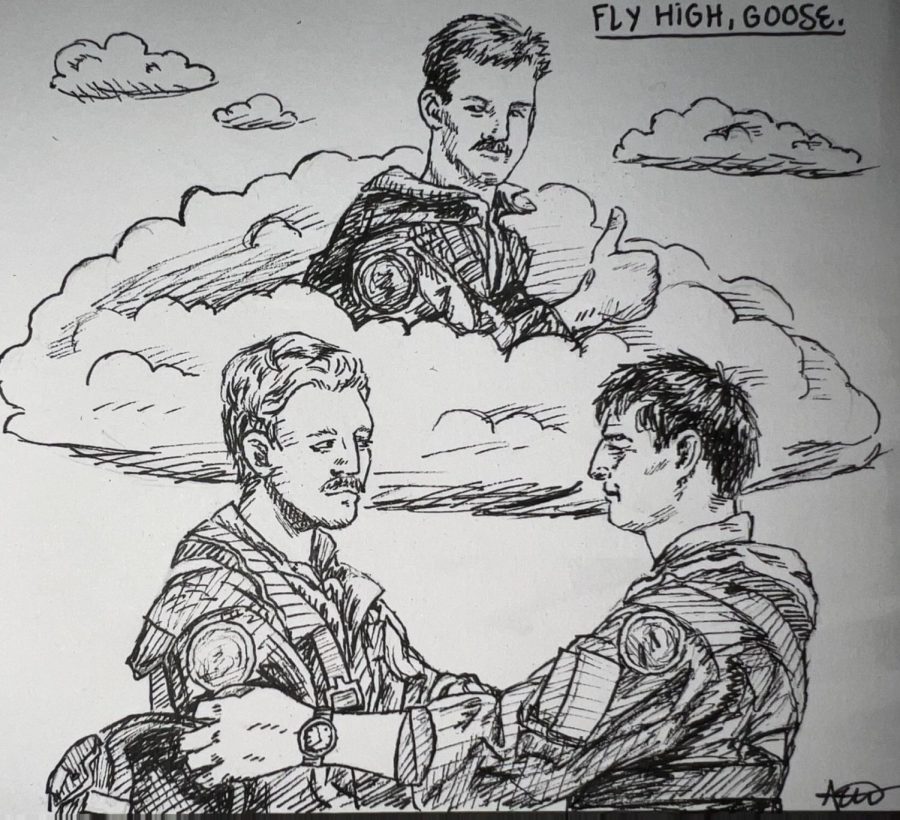 This was a movie I wasn’t very excited for until I watched “Top Gun” for the first time a few days ago. I always knew the premise, I remember catching 45 minutes or so on cable when I had nothing to do, but I had never watched it in its entirety. In preparation for this review I watched the original and finally understood why it is so beloved. Tom Cruise is unbelievably charming as the bad boy pilot Maverick, the action was thrilling and the soundtrack of ‘80s hits gave me some upbeat music for my train rides. With my newfound appreciation of this 1986 classic, my expectations were high for “Top Gun: Maverick.” Luckily, I was not disappointed.

“Top Gun: Maverick” is the long awaited sequel to the 1986 “Top Gun.” The movie opens over 30 years after the original. Pete “Maverick” Mitchell, played by the ageless Tom Cruise, is working as a pilot testing new jets for the Navy. When his program is shut down Maverick is sent back to his alma mater flight school, known as Top Gun, in order to train a strike team to take out a highly protected uranium plant. If allowed to become operational, this plant would manufacture weapons that would be detrimental to the United States. Exhilarating dog fights, beach sports and Cruise’s winning smile work as the recipe for an excellent summer blockbuster and a theater experience that will leave you grinning from ear to ear.

One way “Top Gun: Maverick” is able to succeed its predecessor is the character work. The original is still a great movie, but the characters are not much beyond static naval stereotypes. This new movie has time on its side, the returning characters have had over 30 years to grow and change while still keeping what made audiences fall in love with them in the ‘80s.

Maverick still has a bad boy streak, but he is less reckless than his younger self. In his time teaching at Top Gun, he encounters Hangman, a hotshot pilot played by Glen Powell. Hangman is everything Maverick used to be, mission-oriented but has little regard for rules or traditions. He serves as an excellent way for Maverick to reflect on his former self and become the instructor that the Navy needs him to be.

Another highlight is Miles Teller who plays Rooster, the son of Maverick’s late best friend Goose. Rooster harbors a grudge against Maverick for what happened to his father and for Maverick holding back Rooster’s naval career. The two have a tense relationship for most of the movie, only in the last 40 minutes or so do the two begin to see eye to eye. The two men are a joy to watch and the end of movie payoff is an excellent feel good moment.

One of the few areas where “Top Gun: Maverick” fails to improve on the original is the romance plot. The original had Cruise involved with one of the Top Gun instructors, played by Kelly McGillis. This was not a very deep or complex plot, but it was cute and got the job done. “Top Gun: Maverick” introduces Penny, an old girlfriend of Maverick’s played by the talented Jennifer Connelly. She shows up on the screen and we are given little background besides the fact that they used to date once upon a time. What made the romance work so well in the original was we saw almost every step. We see Maverick serenade her the first time he sees her, we see the tension during instruction and we see the characters fall for eachother. This movie does none of that. Sure, we see the pair go sailing and share a few kisses, but most of their “romance” is relegated to expository dialogue. There is an old adage in filmmaking, “show, don’t tell,” and the romance in “Top Gun: Maverick” is a failure in this regard.

The action in this movie is an excellent showcase of what big studios can do with a large budget and enough care to put the effort in. From Cruise’s opening test flight to the practice runs at Top Gun to the final mission at the end of the movie, all of the action in this movie feels very real. I know this is all a movie and everything, but my suspension of disbelief allows me to become fully immersed in the world of this movie and the dogfights.

“Top Gun: Maverick” joins a small, but promising list of legacy sequels done right. A legacy sequel is a movie based on love for an older property, but is not just a nostalgia fueled cash grab. The people behind these movies obviously have passion for the originals. These legacy sequels are made to be worthy successors of the original movies. The best examples of this are “Mad Max: Fury Road” and “Blade Runner 2049.”  I am very proud to see “Top Gun: Maverick” join this prestigious circle and hopeful for what this means for the next legacy sequel. The new Indiana Jones better not let me down.

I am giving “Top Gun: Maverick” four and a half out of five stars.