Let me plan your evening in Boystown 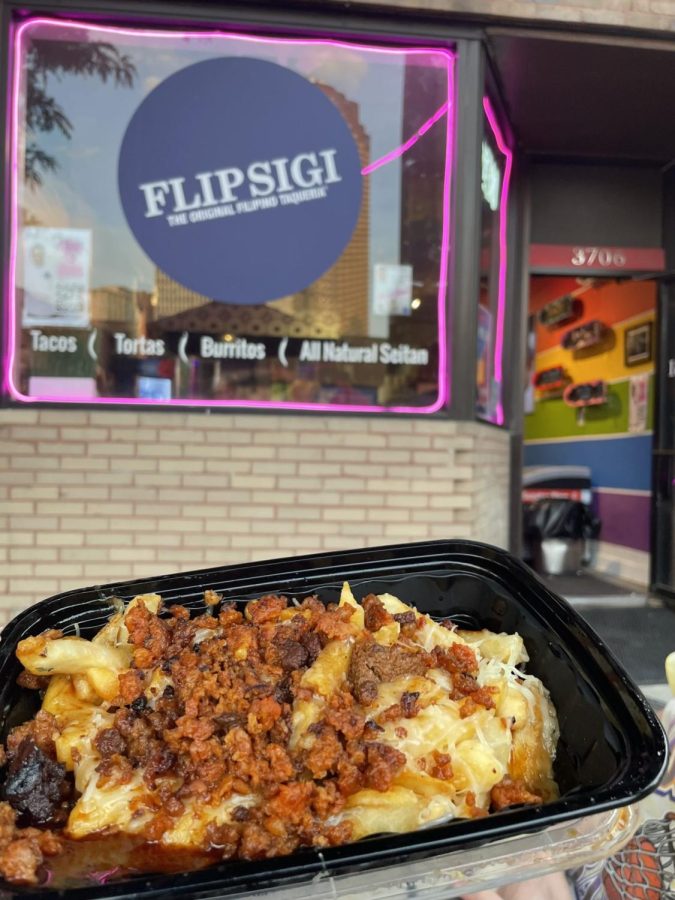 A go-to for greasy food before a night out, Flip Sigi is a unique Filipino taqueria in the heart of Boystown.

It’s hard to go wrong with an evening in Boystown (or Northalsted). The oldest officially recognized gay neighborhood in the United States is home to a copious variety of bars, nightclubs and dining options. Even on weekdays, there’s no shortage of drinks and drag shows to be enjoyed. Here are some of my favorites:

A go-to for greasy food before a night out, Flip Sigi is a unique Filipino taqueria in the heart of Boystown. The “Plan B Rito” was the hit of the meal, packed with longganisa sausage, eggs, spam, bacon, avocado, hash browns and cheese. Their burgers are delicious too; make sure to have plenty of banana ketchup for your fries. The tacos were more like mini quesadillas with the amount of melted cheese in each one. But at $10-15 per meal, it’s a great, affordable start to your evening in Boystown.

If you’re vegan or vegetarian, The Chicago Diner is another great pre-bar restaurant. As it says on its awning, the diner has been meat free since ’83, making it one of the oldest vegetarian/vegan restaurants in the city. Though, its menu will make even the staunchest carnivores feel right at home. The seitan-based Cuban sandwich is delicious and shockingly meat-like. It’s a little pricier than some of Boystown’s takeout spots, but it’s hard to beat The Chicago Diner’s plant-based menu.

Roscoe’s Tavern is one of the most iconic bars in the neighborhood. It’s laid back on weekdays, with accordion windows that let you enjoy the summer weather. Roscoe’s boasts an extensive cocktail list and a solid food menu, making it a potential one-stop-shop if you don’t feel like moving around. Its throwback interior and outdoor patio space is the perfect setting for a relaxing summer weekday.

Make sure to bring plenty of bills, as Kit Kat’s drag queens perform every 20 minutes in this Boystown staple. Kit Kat is perhaps better known for its weekend brunch crowd than the weeknight bar one; it was nearly empty at 9 p.m. on a Tuesday. Its long dining room and shareable menu, including everything from empanadas to hummus platters, is perfect for large parties. Additionally, their espresso martini is one of the best in Chicago.

A hole in the wall off Broadway, Charlie’s was shockingly lively for late on a weekday. The Western-themed bar has a huge dance floor, and the drag shows were masterfully hosted by some of the staff. It even featured some audience interactivity, with a dance contest taking place late into the night. For dirt-cheap drinks and late-night dancing, Charlie’s is the place to be, no matter the day.