What I watched this year 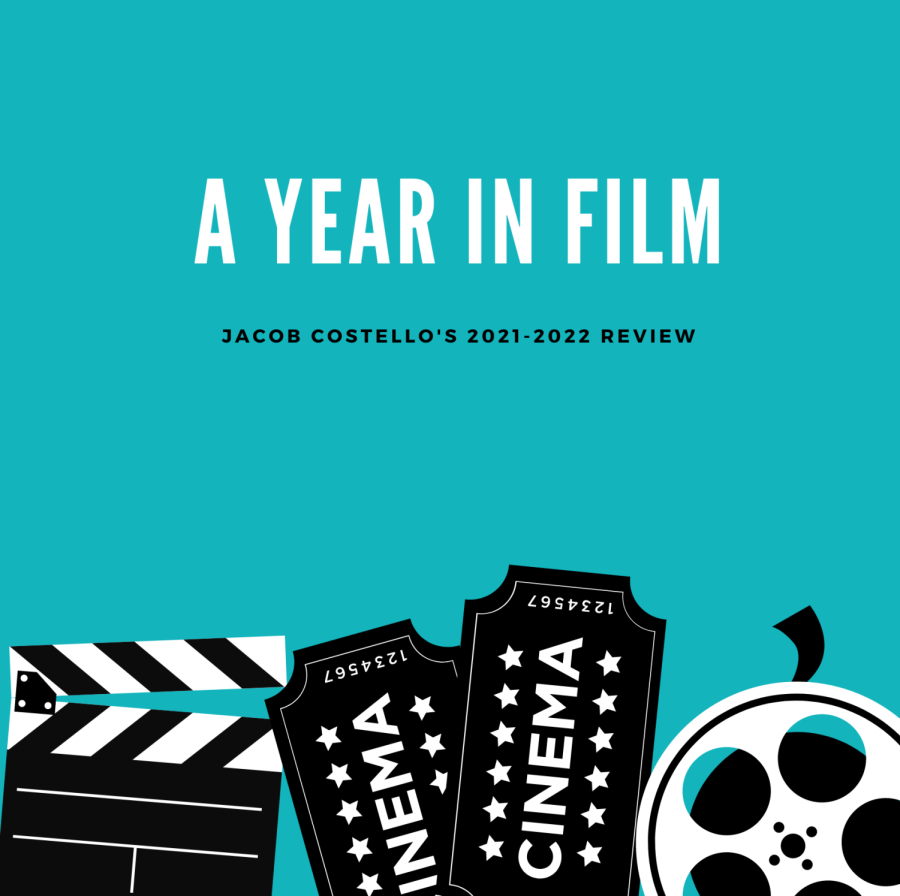 I watch a lot of movies. Even before I started writing reviews, I would watch multiple movies in a week. Whether I go to the theater, use a streaming service or pick a movie out of my Blu-ray collection, I always find something to watch. During this school year, I watched some great movies for the first time, revisited some favorites and watched things I am confident I will never watch again for various reasons.

I had a lot of fun in the movie theater this year. Through places like the Gene Siskel Film Center and Music Box Theatre, I was able to rewatch some things I never thought I would be able to see on the big screen. In September, I watched John Carpenter’s “The Thing” on 35mm at the Music Box. This is a perfect movie for a midnight showing and it did not disappoint. Even though I had seen it before, seeing the incredible practical effects on a gigantic screen was a bone-chilling and unbelievably fun experience.

While the majority of things I watched in the theater were great, I did watch a few things that were not up to snuff. In October, I watched Andrzej Żuławski’s “Possession,” which I was enormously disappointed by. This movie had been hyped up as a horror cult classic, but I got nothing out of the movie. I thought the creature effects looked impressive for 1981, but nothing else about the movie was remarkable. Wooden acting, uninspired camerawork and a mediocre script all made this one of the most underwhelming experiences I have had in a movie theater.

As much as I love the theater, I can not afford to watch every movie with that price. I also watched a lot of movies on streaming services or on loan from the Chicago Public Library. In November, I streamed Clint Eastwood’s “The Outlaw Josey Wales” on the recommendation of a friend. I absolutely loved this movie. I am a sucker for Westerns, especially ones starring Eastwood himself. This movie is a full package with thrilling gunfights and the beautiful cinematography this genre I love so much is known for.

When I was home in Virginia for the winter, I did a marathon of the Wachowski sisters’ “Matrix” movies with my little sister. I already had a lot of love for this series, and showing them to my sister for the first time was a great way to spend my break. This marathon was in anticipation for the new movie which was not a critical success but I thoroughly enjoyed it.

I also experienced some great movies that were new to me in the theater. I saw my favorite film of 2021, Paul Thomas Anderson’s “Licorice Pizza,” a total of three times in theaters during the month of December. I watched it twice when I was back home in Virginia for winter break and then when I came back to the city I was lucky enough to catch it on a gorgeous 70mm print. This movie is a meandering love letter to Anderson’s childhood and it is a story I do not think I will ever grow bored with.

My other favorite rewatch in a theater was in February, seeing John Landis’s “The Blues Brothers” at the Siskel Center on 35mm. This was the first R-rated movie I was allowed to watch and I have so many happy memories watching it with my dad and singing the songs in the car with him. I have previously watched this movie on a TV, on a portable DVD player and on a car’s DVD player, but never in a theater. Seeing this movie that is so special to me at the movie theater, especially one in Chicago, will be a memory I hold on to for a very long time.

My favorite thing I got from the library was Simon West’s “Con Air.” This is another ‘90s Cage action movie featuring John Malkovich as the villain. The movie has a truly star-studded cast, with almost every supporting character having a face you will recognize. “Con Air” is a movie that does not take itself seriously, but also manages to play everything deadly straight which is a perfect combination for such a ridiculous premise. You owe it to yourself to watch this movie with a group of your best friends with the volume cranked up to 11.

My other favorite theater experience of this school year was in March when I watched John Woo’s “Face/Off” on 35mm. I am a huge fan of Nicolas Cage, especially his insane ‘90s action movies, so this was a treat. Seeing Cage and John Travolta star in Woo’s high-octane action flick that keeps the foot on the gas for the whole runtime was something that I had no idea I needed in my life. This movie is genuinely one of the most fun, wild and unhinged things I have ever seen, and I recommend it to any fan of action.

The truly worst thing I watched in a theater was Daniel Espinosa’s “Morbius.” This movie has to be one of the most soulless films I have had the displeasure of watching. The movie has absolutely no redeeming qualities. Even the people on Twitter memeing the movie have gotten annoying. “It’s Morbin’ Time” has been trending to the point where Jared Leto has made his own post where he is in on the joke. The worst part about the “Morbius’ ‘ phenomenon is that the studio will take the wrong message from “Morbius” trending and deliver a sequel with somehow less to offer than the movie we got this year. As of the time of writing a sequel has not been officially confirmed, but I expect one is on the horizon. Do not watch this movie, do not talk about this movie — any attention we give this movie will produce a sequel and I do not want to live in a world where that exists.

For a few months earlier this year I was in love and watched the “Twilight” saga. These were movies I had never seen before, and I would likely never watch if I was not in the condition I was in. I hated every single one of these movies and thought they were cheesy, poorly written and had some of the worst acting I had ever seen. I can not recommend these even in a “so bad it’s good” context and I have pity for anyone whose partner forces these movies upon them.

As a whole, I have had a great time watching movies this year. I did a lot of rewatches, but a lot of them were rewatching them on a big screen which was a new experience for me. The movie theater is my happy place, so whenever I can spend two hours in the dark munching on popcorn, all my problems and difficulties in life seem so trivial. Next time you’re feeling down, scroll on HBO,  go to your favorite theater or spend a few minutes in the library looking for the perfect movie. Once you’ve picked one, kick your feet back, turn off your phone and allow yourself to become lost in the world of cinema.